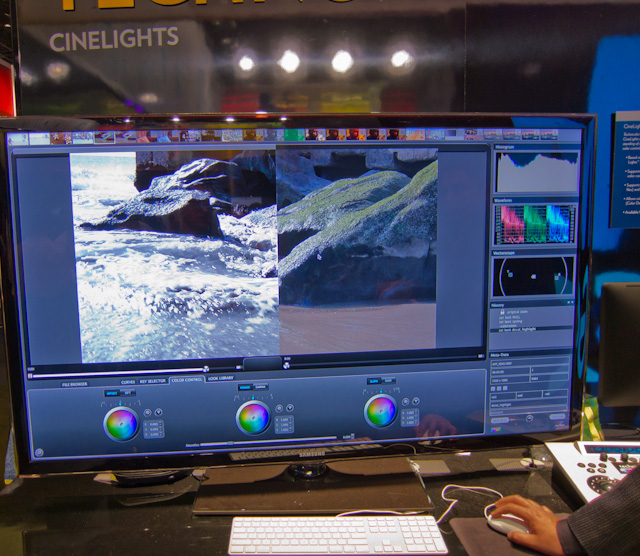 Deep inside the Technicolor booth at CES 2012 was a small table showing off some new color correction software from the same company that brought CineStyles to our Canon HDSLRs last year.

Technicolor CineLights is a program based on Technicolor’s award-winning DP Lights system and is intended for quick color correction such as dailies.  It’s not really intended as a finish grading tool; however, it does offer some keying, three-way color correction and a Look Library as part of CineLooks. 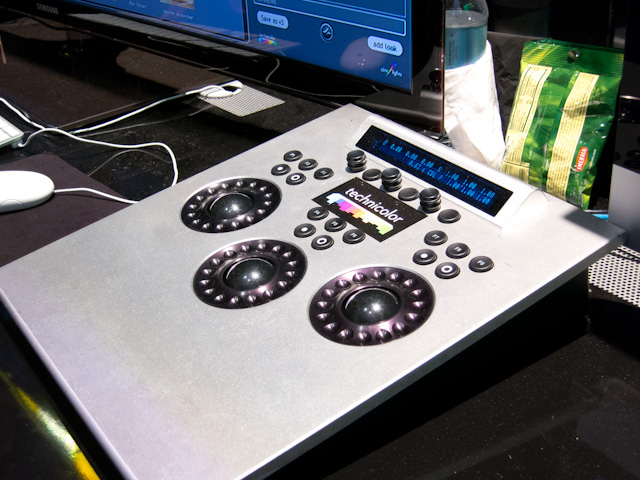 CineLights supports Primaries and LUT-based Secondary color correction.  It supports both video files (as QT .mov files) and still images (as DPX or JPG files). It also allows color to be exported to the ASC CDL (color decision list) as .xml data. Additionally, CineLights displays your histogram, waveform and vectorscope along the right sidebar.

The display I checked out was running off of an iMac with an i5 processor and only 4GB of RAM.  It was running smooth and fast, so it’s not a big resource hog. 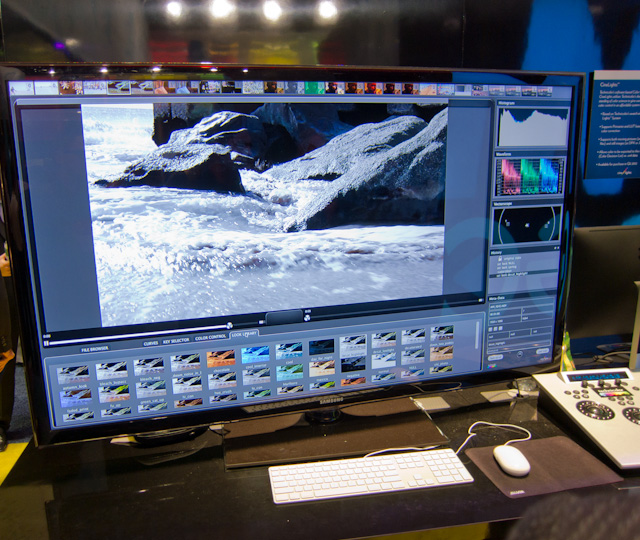 CineLooks are a component of CineLights and offer preset “looks” in a similar fashion to what we’re accustomed to seeing in Magic Bullet Looks.  The available “looks” are color overlays that were created for iconic films by Technicolor colorists from the 1930’s to the present day. 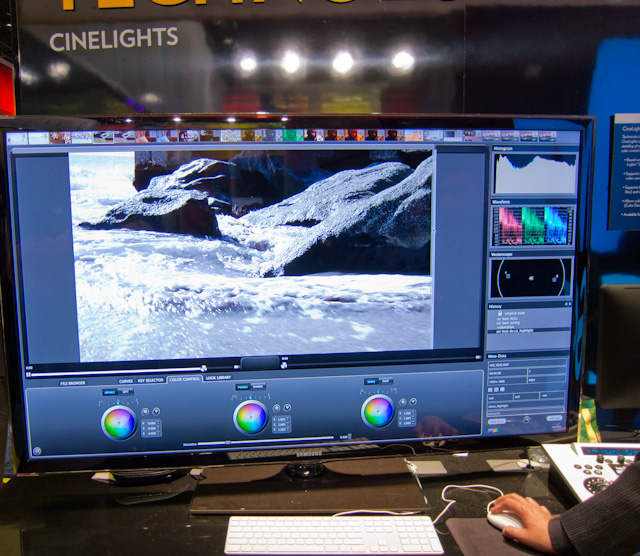 I expect to see the official unveiling of CineLights and CineLooks at or just before NAB 2012 in April.