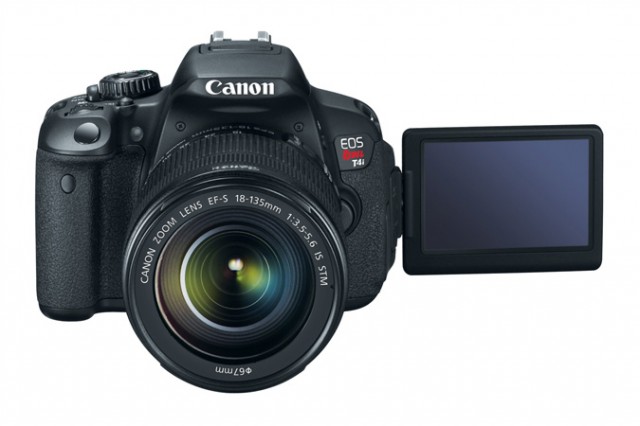 The much-rumored Canon Rebel T4i has been officially announced.

The new entry-level DSLR sports an 18MP image sensor and captures full HD video with continuous autofocus, which is a first for Canon DSLRs.  Also new is a 3-inch touchscreen LCD – another Canon DSLR first.  The sensitivity range covers ISO 100-12800 with an expansion option up to ISO 25600.

The Rebel T4i gets an upgraded AF system, now offering 9 cross-type AF points, and will capture full-res images at 5 frames per second. 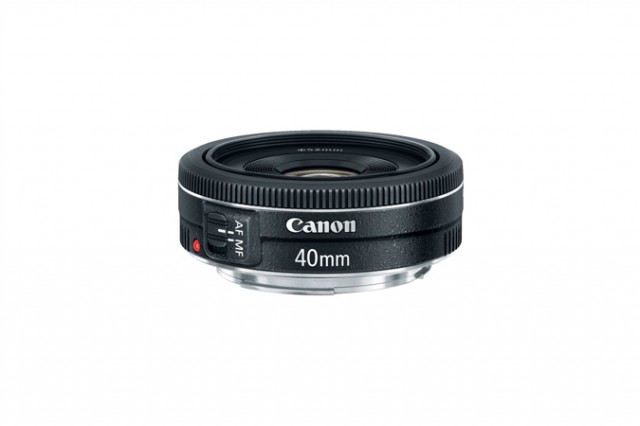 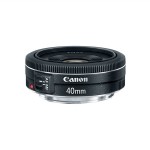 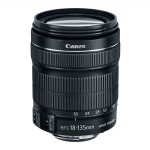 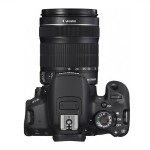 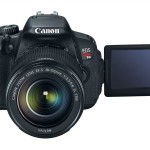 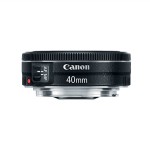 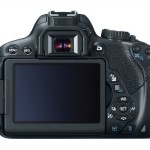 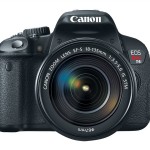 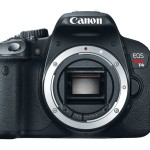 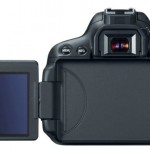 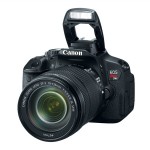 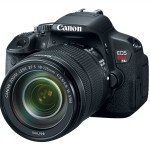 LAKE SUCCESS, N.Y., June 8, 2012 – Canon U.S.A., Inc., a leader in digital imaging, today announced a new flagship model in its most popular EOS Rebel line, the Canon EOS Rebel T4i Digital SLR Camera. The new EOS Rebel T4i features incredible image quality with an 18-megapixel CMOS (APS-C) sensor, DIGIC 5 Image Processor that helps capture all the action with high-speed continuous shooting of up to five frames per second (fps) and an extended ISO range of 100-12800 (expandable to 25600 in H mode) that gives photographers the opportunities to take the EOS Rebel T4i into more shooting situations than ever before.

“Our Rebel line of cameras bridges the gap between the casual photographer and someone looking to advance their photography and capture moments in new and creative ways. The EOS Rebel T4i boasts full HD video with AF and touch-screen navigation, inspiring even more photographers and videographers to explore the creative options made possible with DSLR cameras and lenses,” said Yuichi Ishizuka, executive vice president and general manager, Imaging Technologies & Communications Group, Canon U.S.A.

One of the most significant upgrades to the EOS Rebel T4i is a dramatically upgraded AF system including a nine-point all cross-type AF array, with a high-precision dual-cross f/2.8 point at center. The EOS Rebel T4i is the first Canon camera to feature the new Hybrid CMOS AF system which increases AF speed by reducing the camera’s need to “hunt” for focus. The result is fast continuous AF when shooting photos and movies in Live View. Because the camera’s cross-type AF points have two-dimensional contrast detection, the EOS Rebel T4i provides highly accurate focus regardless of your shot composition and ensures great focus no matter where the subject is located in the frame. The addition of the dual-cross point in the center allows for much faster and precise focusing for photographers using high-speed f/2.8 lenses.

Using the touch panel, parents can select their child on the LCD screen and the camera will remain focused on that child while they stay in-frame, ensuring sharp focus in crowds and group shots. The new AF system enables Touch Focus for shooting photos and movies in Live View. To make capturing photos even easier, a Touch Shutter function can also be enabled, whereby selecting a subject on the LCD screen, the camera will instantly take a photo, once focus is locked.

When shooting video with Canon’s STM lenses, AF also remains silent, helping ensure you only capture the sound of the scene being recorded. The EOS Rebel T4i features a built-in stereo microphone, a first for the Rebel line, that includes an attenuator function to reduce audio distortion in extra loud situations.

Another Canon first, the EOS Rebel T4i includes a best-in-class Vari-angle Touch Screen 3.0-inch Clear View LCD monitor II featuring 1.04 million dot resolution for unparalleled, clear viewing. The electro-static touch-panel screen is the most advanced that Canon has released to date with multi-touch capabilities allowing photographers to use familiar gestures such as “pinch-to-zoom” and “swiping” to scroll between pictures. Camera operation has been simplified through this feature allowing for Touch Focus or Touch Shutter controls via the vari-angle touch-screen. The vari-angle touch-screen flips out to the left and rotates 180 degrees forward and 90 degrees backward, making tough above-the-head and low-to-the-ground shots easy, and allowing improved views during photo or video capture. That means the overhead shot taken in a crowd or at a graduation march just got a little easier to shoot.

The EOS Rebel T4i helps novice photographers capture great images and video, even in low-light with a range of new and upgraded modes:

Canon’s new shooting modes (Handheld Night Scene, HDR Backlight Control and Multi-Shot Noise Reduction), take multiple pictures, and combine them – in camera – to help capture a wider dynamic range, minimize the image grain or noise, and produce more vivid colors so landscapes and city scenes are as breathtaking as when seen in person.

Families have enjoyed coming home from a vacation or outing with a fun, short Video Snapshot highlight reel shot on their Canon camera to share the full story of their adventure. Now with the EOS Rebel T4i users will also have the option to delete, cut or re-order the clips before exporting the Snapshot album to post or share.

Canon’s Scene Intelligent Auto mode – the “green” mode on the dial – analyzes the scene being shot, taking into account faces, colors, brightness, movement and contrast, to select appropriate camera settings and help produce the best possible image. This mode has been enhanced to deliver the best possible exposure, particularly when shooting in low-light.

The versatile EF-S 18-135mm f/3.5-5.6 IS STM lens offers the right combination of size, weight, image stabilization and focal length, allowing photographers to capture wide-angle or telephoto photographs and video. This lens is a great option for photographers who may only want to carry one lens with them for both wide landscapes, and close-ups. Appearing for the first time in a Canon EF lens is Dynamic IS (Movie Shooting Mode only) that uses a wide image stabilization correction range to help ensure steady video even when shooting while walking.

The new EF 40mm f/2.8 STM lens offers an ultra-slim, lightweight design that helps photographers avoid overwhelming their subjects with a large lens and to remain discreet in sensitive shooting situations without compromising performance. The “pancake-style” lens boasts an aperture of f/2.8 making it an ideal lens for capturing portrait stills or stunning video. The lens is under an inch thick when attached, making it easy to carry and fit conveniently into a purse or pocket.

The EOS Rebel T4i is also compatible with Canon’s previously introduced GP-E2 GPS Receiver that can be mounted to the camera’s accessory shoe. The GPS unit was created to serve outdoor photographers; it records shooting locations including latitude, longitude and altitude, as well as camera direction. A Logging function can tell how far a photographer has traveled as well.