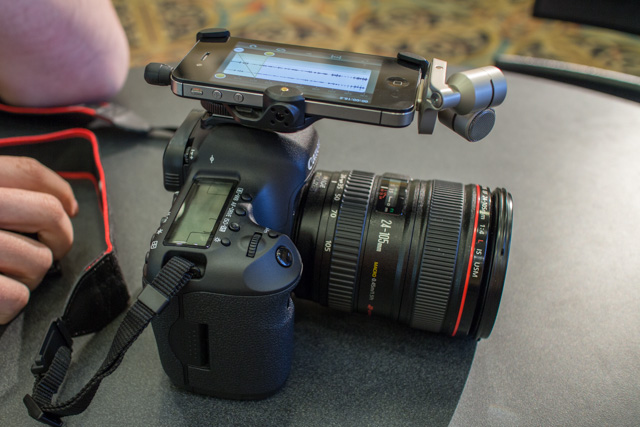 At CES 2013, Rode unveiled the iXY mic, a new stereo mic unit designed for iOS devices that captures up to 24-bit/96kHz audio directly to your iPhone or iPad. The iXY is fitted with a matched pair of 0.5″ cardioid condenser mics aligned at 90-degrees for optimal stereo recording. 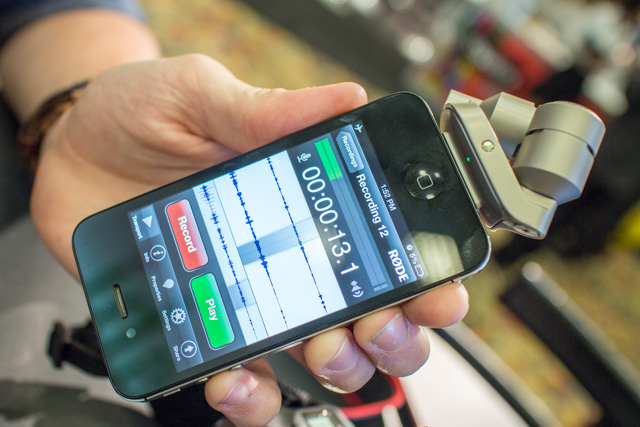 Check out the Rode iXY overview video below from CES 2013.

The Rode iXY mic has a lot going for it outside of the HDSLR video realm. Think about how many TV interviews you see where reporters are in the field and shoving an iPhone in someone’s face. Likely, a lot of that is a situation of convenience.

The iXY looks like it’s going to make carrying the iPhone so much more convenient for those reports. And it will be even better when Rode polishes off their app with the ability to put your customized logo on the display to be seen by every camera that’s shooting the same subject. 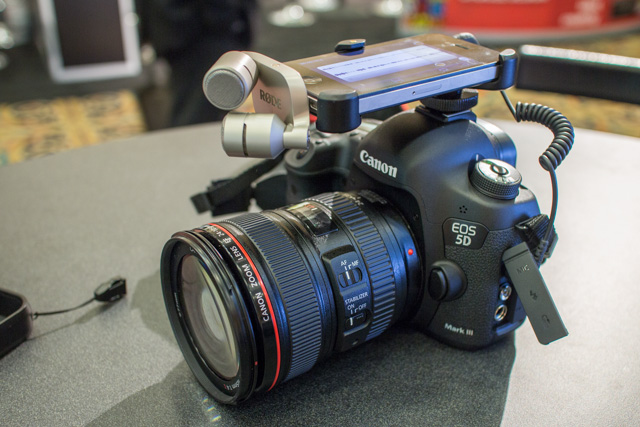 Moving on over to the HDSLR side of things though, Rode has made the iXY with HDSLR shooters in mind – as evidenced by the iPhone mount that slides into your camera’s hot shoe. You can also send a scratch track from your iPhone to your camera’s mic input for syncing with the final audio in post. 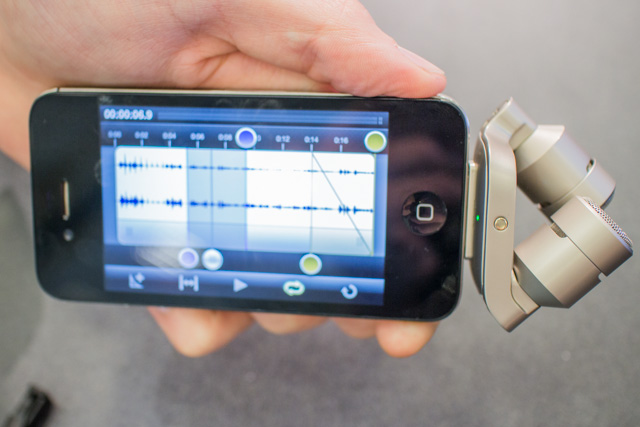 When you are finished with your recording, you can editing your clips in the Rode Rec iOS app, which includes the ability to add fades, import other audio and add effects. When the edit is complete, you can share the final product via SoundCloud, Dropbox, FTP and iTunes.

There are two versions of the app: Rode Rec is available for $5.99 on the iTunes App Store, while Rode Rec LE is free and has limited functionality. 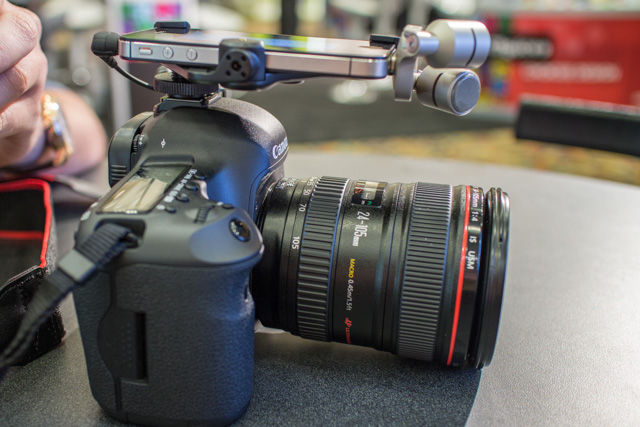 The Rode iXY retails for $199 and should be shipping later this month. Check availability direct from Rode and here at B&H Photo.