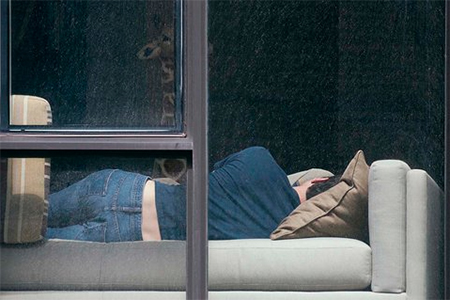 Last week, that case was dismissed in New York State court by Judge Eileen A. Rakower, who ruled that the images were protected by the First Amendment and that they did not violate New York State civil rights laws barring the use of photos for commercial purposes without a person’s consent. The court order specifically noted that “[a]n artist may create and sell a work of art that resembles an individual without his or her written consent.”

The central question to this case was whether his use of the photographs in an art show qualified as a commercial use or for the purpose of advertising or trade.

Citing existing law, the court noted further, “The use of an individual’s name or likeness in artistic expression is more that a use for the purposes of advertising or trade, and part of the protection of free speech…is the right to disseminate the ‘speech,’ and that includes selling it.”

While the order carries no real precedent weight as a lower level court order, the judge’s analysis of existing case law reaffirms a strong position for photographers whose art includes people in public (or in the view of the public) that may not consent to their photo being captured (I’m thinking specifically about street photographers and paparazzi). Additionally, the use of such images to advertise for art shows is an extension of the artistic expression “because it related to the protected exhibition itself.”

In closing, the court noted, “an individual’s right to privacy under the New York Civil Rights Law…yield to an artist’s protections under the First Amendment….”

All in all, Svenson’s case, although controversial from a moral perspective for some, was a big win for photographers’ rights and artistic expression in general.