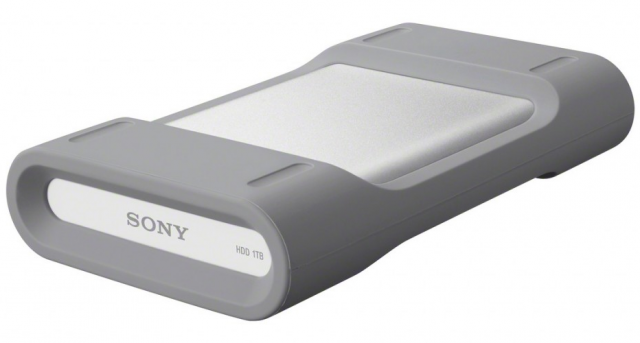 Sony recently introduced a new line of rugged, professional hard drives in SSD and standard spinning hard drive flavors. The SSD version (PSZ-SA25) is available as a 256GB capacity drive, while the spinning hard drives are available in 500GB and 1TB capacities (PSZ-HA50 and PSZ-HA1T). The drives feature one USB 3.0 and two FireWire 800 ports.

The SSD offers a max transfer speed of 400MB/s with USB 3.0, while the standard hard drives come in at the typical 120MB/s transfer speed for spinning drives. The drives also connect to compatible Sony hardware such as the PMW-50 or PMW-1000 decks.

Each has a heavy silicon cover and protective case. Built-in shock resistance can absorb falls of up to 7.5 feet for SSD and up to 6.5 feet for HDD. The drives are compliant with MIL-STD-810G standard, the IP5X dust-resistant standard and the IPX4 splash-resistant standard so data can be used in a range of environments and conditions.

Pre-installed formatting software lets users easily switch between FAT32, HFS+ and NTFS formats, and an LED indicator lets users know the status of data transfers. The drives are also stackable for easy daisy-chaining with a design that allows for increased airflow between each to reduce heat build-up.