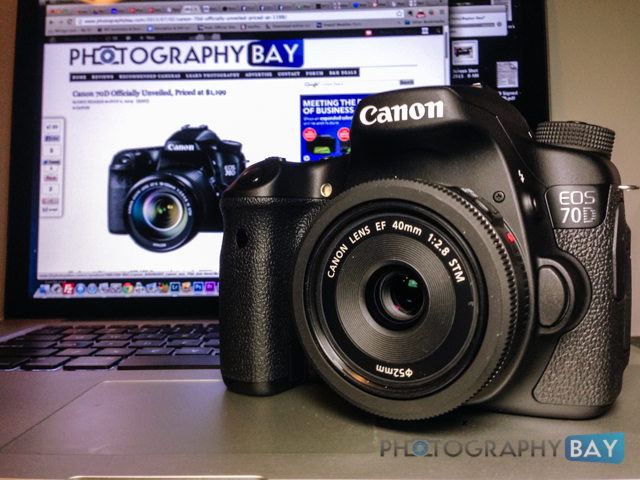 The more I use the Canon 70D to shoot video with full-time AF, the more impressed I am with what Canon has done with its Dual Pixel AF technology. I recently took the 70D in to my CrossFit box for an evening to capture some photos and decided to try some video with it as well.

I basically treated the 70D more like a camcorder instead of how I would normally handle a HDSLR. As it turns out, the 70D does quite well and holds focus about like you would expect a camcorder to. I used the 70D paired with the 18-135mm STM kit lens (the STM focus is for real). Shot with manual exposure and full-time AF.

Watch the short video below.

Even at times when it my have shifted focus elsewhere in the frame than what I wanted, tapping the subject in the frame would bring focus back to where I wanted it to be and would lock onto that subject for AF tracking.

All in all, I am very impressed with the 70D’s AF functionality. It may be the best AF out there among cameras with larger sensors. This includes the Sony A77 and mirrorless cameras that I’ve used to date. While the A77 is fast and accurate, the autofocus can be a little too “jumpy” at times when shooting video. The 70D moves slow and more natural (like a camcorder) so that the AF isn’t as jarring as it sometimes is with the A77.

I’ll have a full review soon, but the 70D is looking like it’s the best APS-C camera that Canon has released since the 7D.