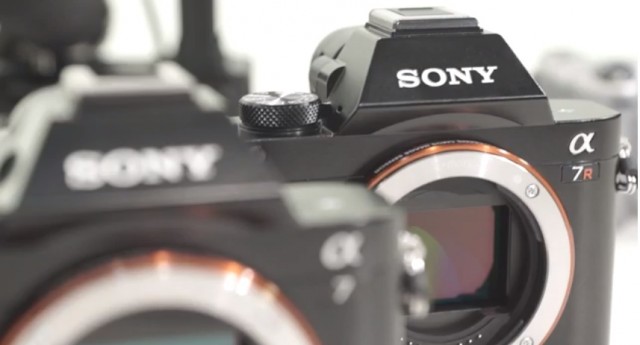 Sony has confirmed that future mirrorless cameras and DSLR-style cameras will be branded under the Alpha name, and that there will no longer be any other “NEX” cameras. (see the 3:10 mark in the video from Sony below)

So, it looks like we’ll need to watch for the A-mount and E-mount distinctions going forward. It seems like a tough situation that Sony has pushed itself into by haven’t two different mounts for ongoing camera systems.

The breakdown just doesn’t seem quite as logical as the distinction between Canon’s EF, EF-S and EF-M mounts. Sony inherited the A-mount from Minolta when it took over it’s camera operations, which I don’t think anyone will point to as a bad decision. The backlog of Minolta lenses made the early Sony DSLRs attractive options in a world filled with Canon and Nikon DSLRs and their legacy line of SLR lenses.

At some point, I suspect Sony will step away from the A-mount – even though Sony has recently comment that the A-mount is not dead . . . yet.

Sony recently released the entry-level A3000 as an E-mount camera. Just last week, Sony dropped two flagship mirrorless cameras – the A7 and A7R. Some noise has been stirring that Sony will drop a serious A-mount camera or two in 2014. And so, I’m certainly not saying that won’t happen, but with the growing E-mount presence, including Sony’s cinema camera line with the FS100 and FS700, it certainly looks like Sony is leaning toward the E-mount.

What do you guys think about Sony’s Alpha consolidation? Will Sony continue to run the two mounts? For how much longer?