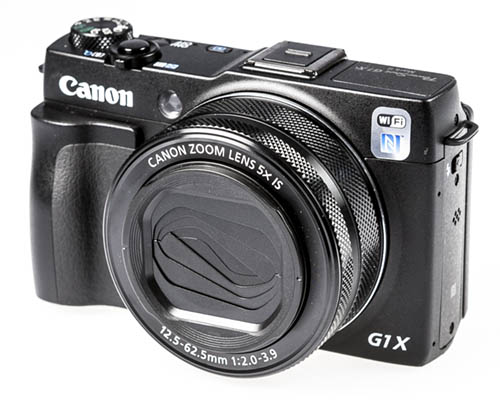 While the new Canon PowerShot G1 X Mark II won’t be officially announced until tomorrow, images and specs have leaked out early, leaving few questions as to what we can expect from the camera. The lens is, as rumored, a 5x zoom lens with a f/2-3.9 variable aperture and a 24-120mm equivalent zoom range.

The reduction in sensor size probably helps Canon get to a lower aperture at the telephoto end (f/3.9 on the Mark II vs. f/5.8 on the Mark I). I’m not going to complain about the smaller sensor. In fact, I wish Canon would have gone even smaller to shrink that lens a bit more and make the camera more pocketable. No one is complaining about the smaller 1″ sensor on the Sony RX100. 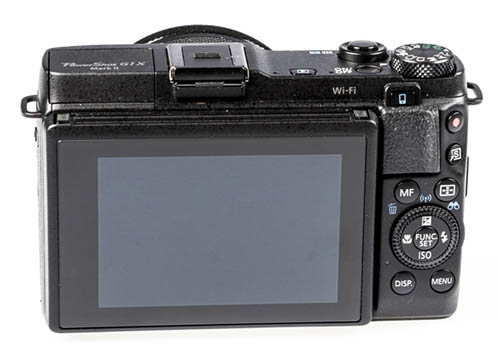 It has a DIGIC 6 processor with 3fps continuous capture with AF and 5fps capture with AF locked. Additionally, the G1 X Mark II sports WiFi and NFC, along with Canon’s ‘N’ branding, which suggests a similar social media sharing integration as found in the PowerShot N and the PowerShot N100. The NFC will allow users to connect to compatible Android devices by just touching the devices together, while a dedicated sharing button links both Android and iOS devices by pressing a single button.

In addition to the tiltable 3″ LCD on the back, Canon is offering a optional EVF that mounts in the camera’s hot shoe. No word yet on availability, but is should be here this spring at around $700.