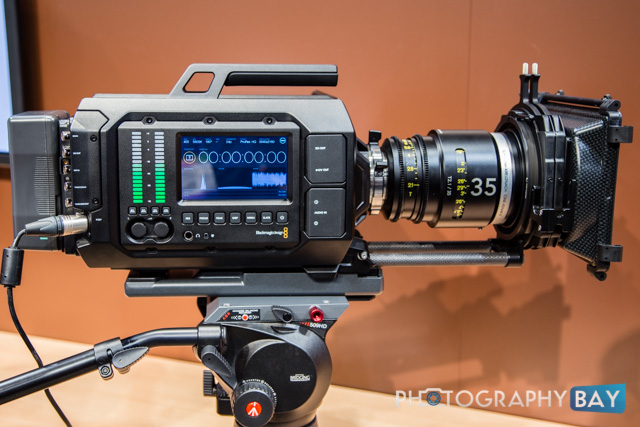 Yesterday, I pondered whether Blackmagic could steal the NAB Show three years in a row. The new URSA 4K production camera is proof positive that they can. 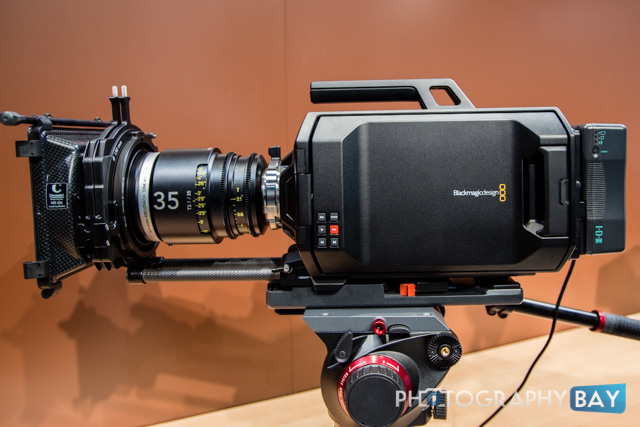 The Blackmagic URSA was designed to be the beastly cinema camera that everyone wanted the 2.5K and 4K Blackmagic cameras to be. After rigging them out for higher end productions, the other BMCC cameras became larger than the URSA. As a result, Blackmagic took the key wishlist items and packaged them into a full size production camera with little compromise. 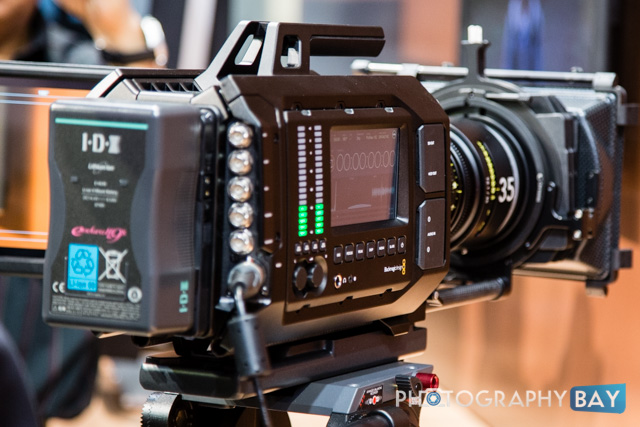 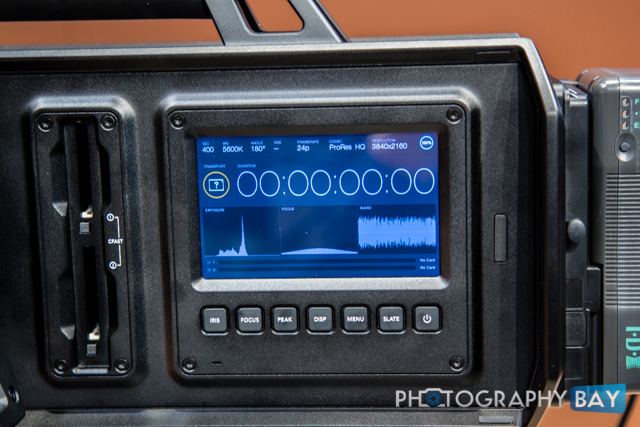 The URSA records to dual CFast cards slots in Cinema DNG RAW or ProRes 422. It also offers 1 x 12G-SDI 10-bit 4:2:2 and 1 x 3G-SDI down converted for external monitoring. It also ships with a full copy of Davinci Resolve. 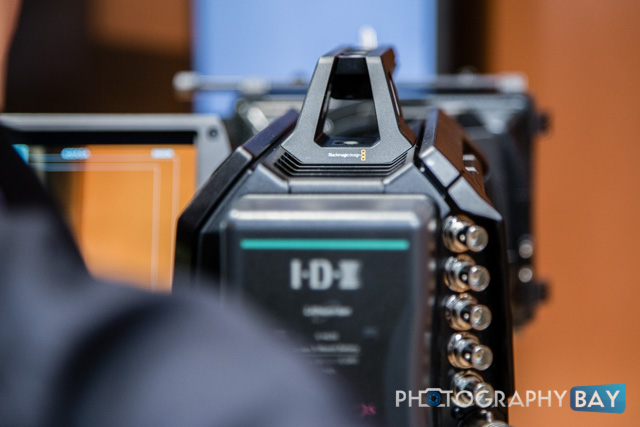 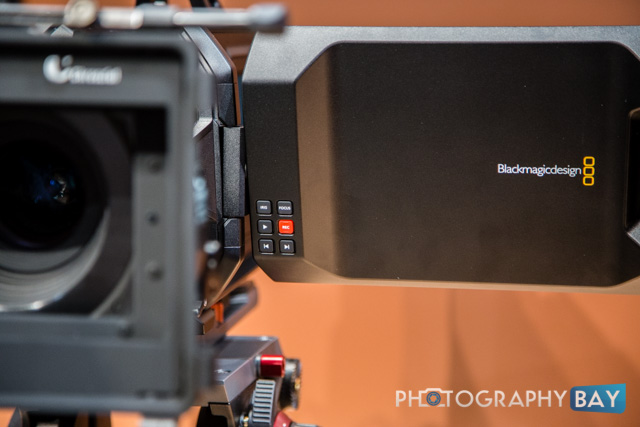 Other URSA models to come include a dedicated broadcast model and one that essentially operates as an HDMI recorder. The broadcast version doesn’t have a price yet, but the HDMI version is slated at the $4,500 price point.

Notably, the body and components are built to be upgraded. While the URSA is currently configured with a 4K sensor capable of delivering 60fps, the rest of the camera can handle up to an 8K sensor at 30fps. 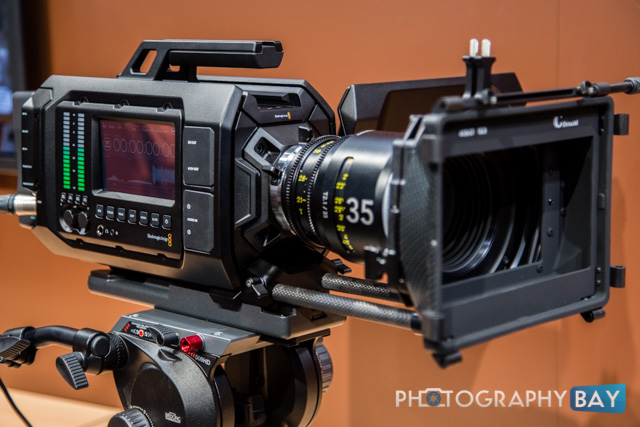 The entire sensor and mount is user replaceable. The sensor is actually built into the mount unit. If you decide you want to change out mounts or sensors for your URSA, the process requires removing 4 bolts that hold the mount in place. The entire unit then slides out of the front of the camera. 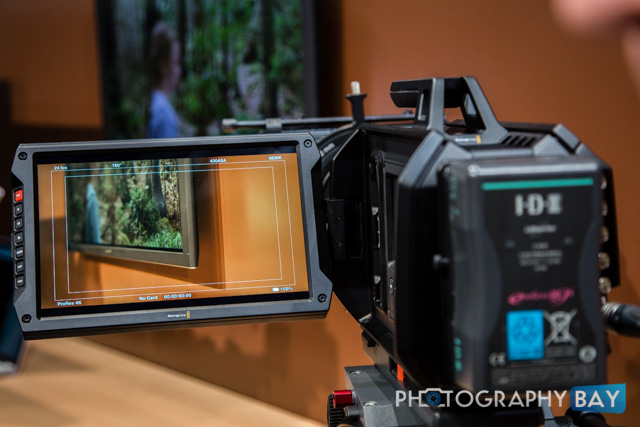 Additionally, the URSA is slated to launch in July 2014 and Blackmagic is hopeful to get a higher frame rate sensor at 4K before the launch date. The camera can process up to 4K at 120fps. 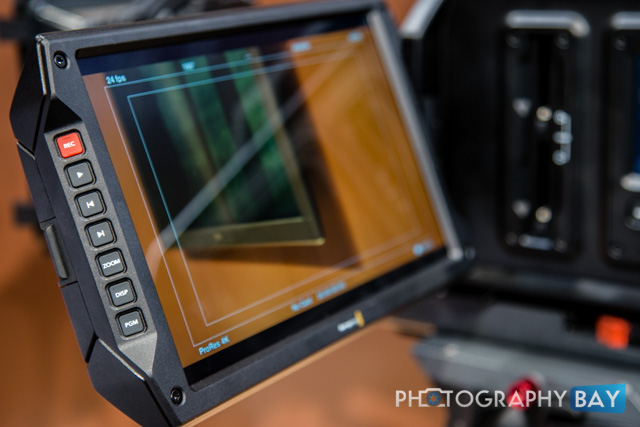 The URSA has a beautiful and massive 10″ display to serve as a monitor. It tilts up and down by 90 degrees. Additionally, a 5″ screen is on the left side of the camera for settings, camera status and scopes. 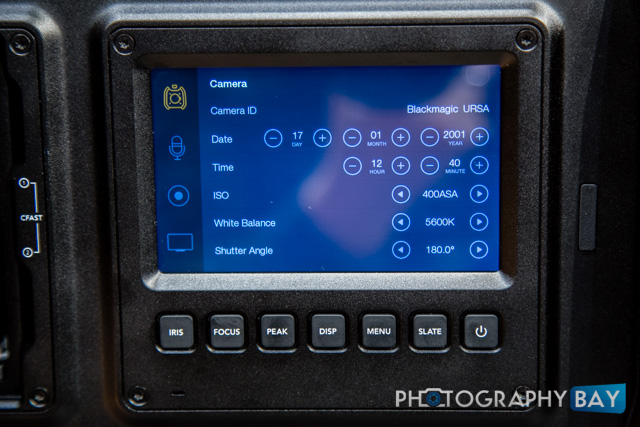 On the right side of the camera body, there is yet another LCD that features a large timecode display, format, frame rate information as well as the histogram scopes for exposure, spectrum scope for focus and audio levels with waveforms over time. Additionally, L/R audio meters deliver a large and bright display of realtime audio levels. 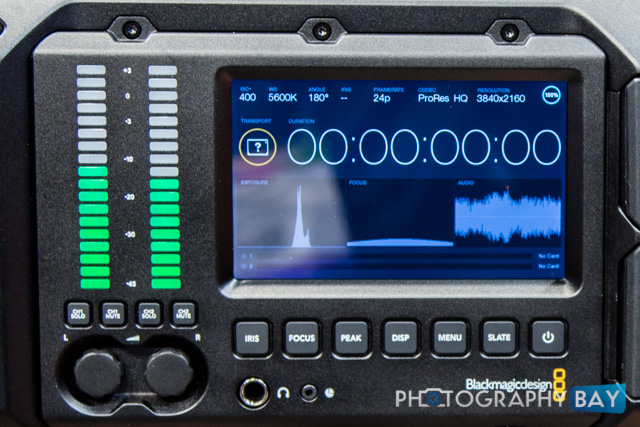 The URSA looks to be a solid piece of gear and will likely give higher end cameras like the Canon C500 a run for their money. 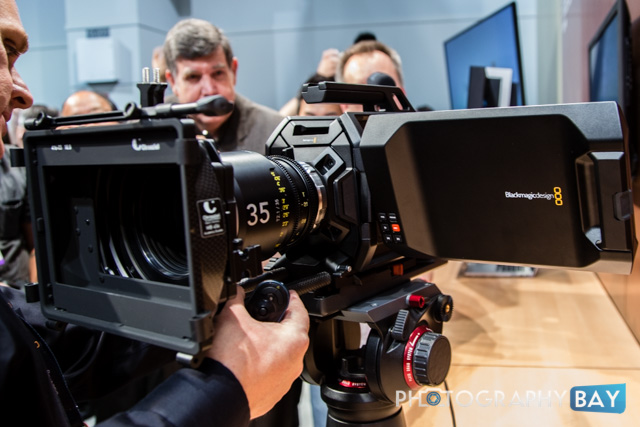 The Blackmagic URSA is already available for pre-order and you can expect the queue to build up quickly for what this camera offers at the price. You can check out pre-order options here at B&H Photo.