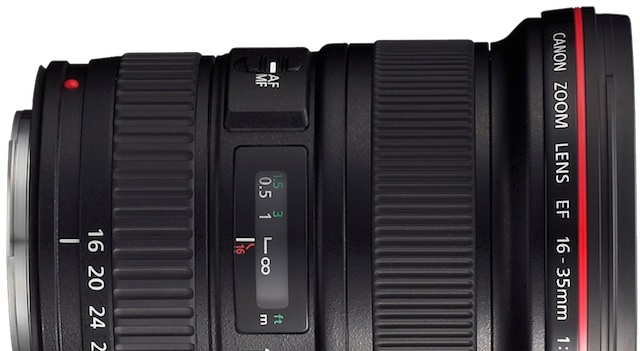 Recent Canon rumors point to the release of a pair of wide-angle, stabilized zoom lenses for both EF and EF-S mounts in the coming days. The duo is believed to include the EF 16-35mm f/4L IS USM and EF-S 10-18mm f/4.5-5.6 IS STM lenses.

The 16-35mm could be a pricey little lens with the image stabilization built-in and given Canon’s continual upgrade in optics when issuing new L-series lenses. A beefy price tag could also slow the sales of such a lens when you have more affordable options like the highly-regarded EF 17-40mm f/4L covering roughly the same zoom range with its $800-ish price tag. Even without Image Stabilization, the lens is a proven workhorse for those needing the wide field of view. The existing 16-35mm f/2.8L II non-IS lens retail for $1699, which I would surmise as a more approximate price point estimation of the rumored, forthcoming lens.

The EF-S 10-18mm is said to be a step up in optical quality from the popular EF-S 10-22mm lens. With the smaller max aperture, it should also be a smaller lens than the hefty little 10-22mm. The addition of IS though worries me that the price tag may go up too much even though it is using less glass. Of course, Canon seems to be taking every opportunity of late to hike the price of lenses when replacements are issued.

If these rumors pan out, we should have more official word in a few days.