Fuji has released a new lens roadmap for its X-Series mirrorless cameras, which include the recent X-T1 and X-E2 cameras.

The updated roadmap includes a new XF90mm f/2.oR lens slated for the first half of 2015. The next available lens though is the XF 50-140mm f/2.8R OIS WR lens, which will be the second weather resistant lens designed with the X-T1 in mind.

Check out the visual roadmap below. 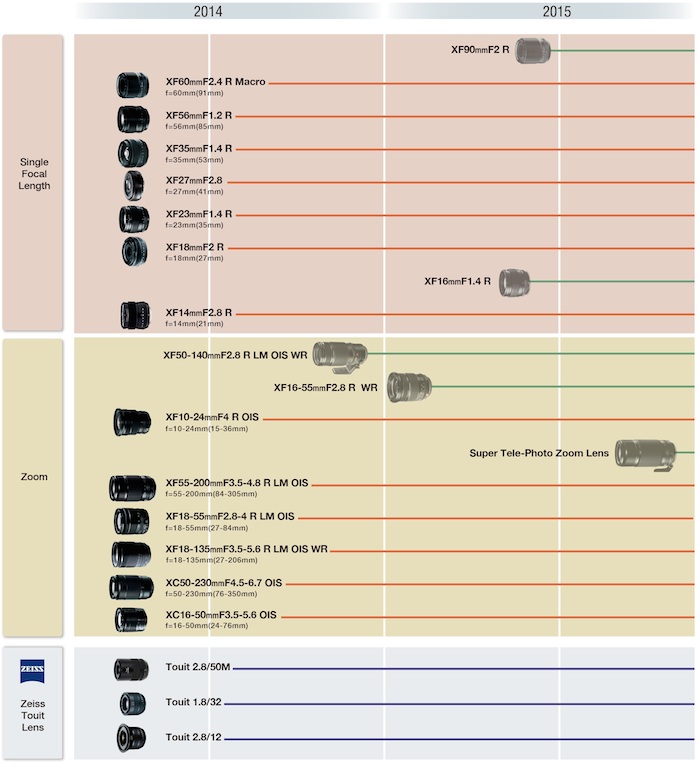