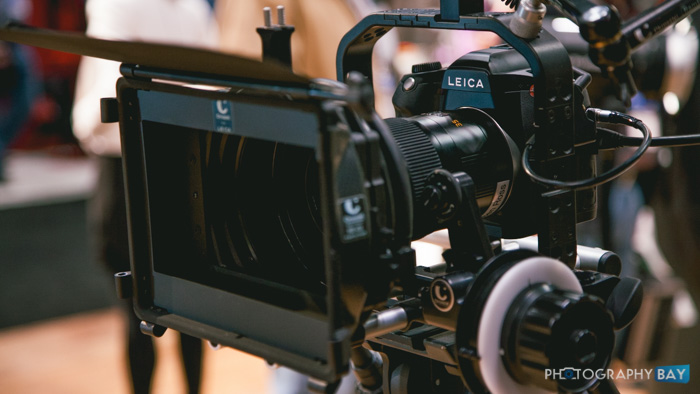 When Leica announced that is new S (Type 007) medium format camera would should 4K video, we all thought that was pretty cool to get 4K capture with 4:2:2 color on the large 30 x 45mm CMOS sensor. However, I had not seen one decked out as a cinema camera until this one on display at the Leica booth at PhotoPlus 2014. 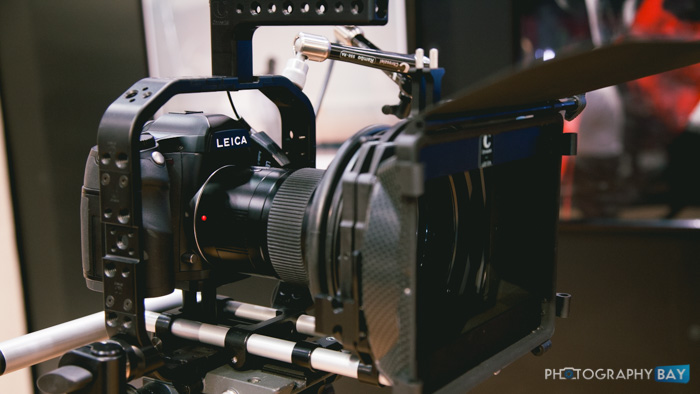 Here it is decked out with a wide angle Leica Summarit-S 35mm f/2.5 ASPH lens and a Chrosziel 456-20 matte box with dual rotating filter slots and a french flag on the end of the lens. The camera and lens combo is mounted on a Chrosziel custom cage to accommodate the large Leica S body. 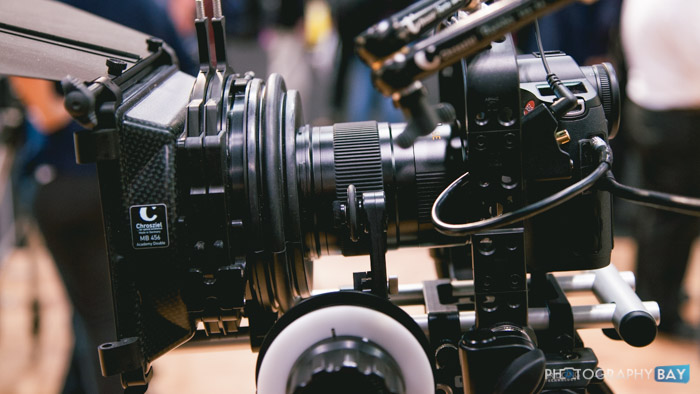 The baseplate and rods were also Chrosziel, as were the follow focus and Israeli arm on which the Atomos Ninja 2 was mounted. A Sennheiser shotgun mic is on the very top of the rig. 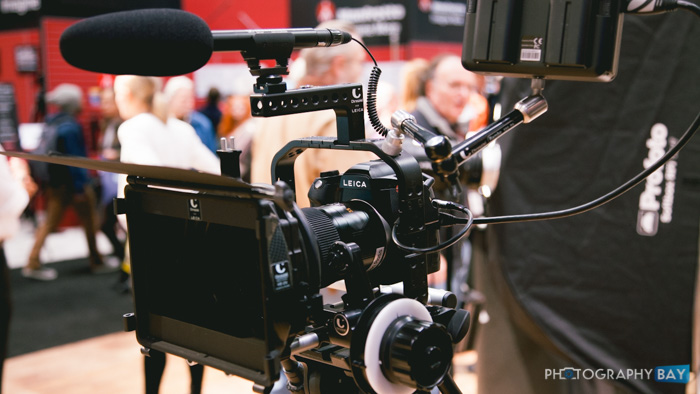 It’s all mounted on top of a Manfrotto 502A head and tripod. 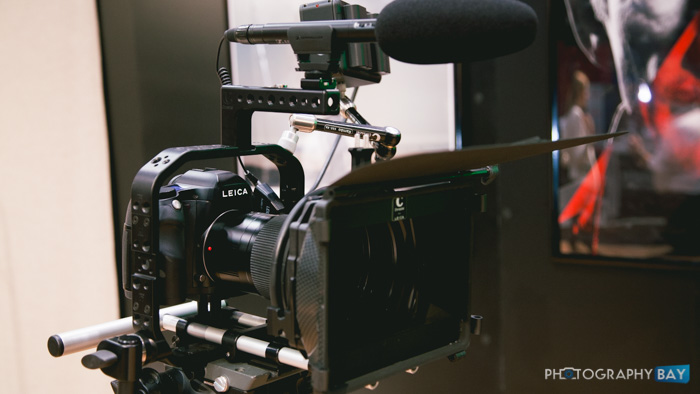 All in all, this Leica S 4K cinema rig will set you back $40k or so. I’m thinking about picking up two or three for my next multicam shoot…. How about you?