It uses a variety of hard drive capacities across HGST (formerly Hitachi), Seagate and Western Digital. There is everything from 1.5TB to 6TB drives in operation. 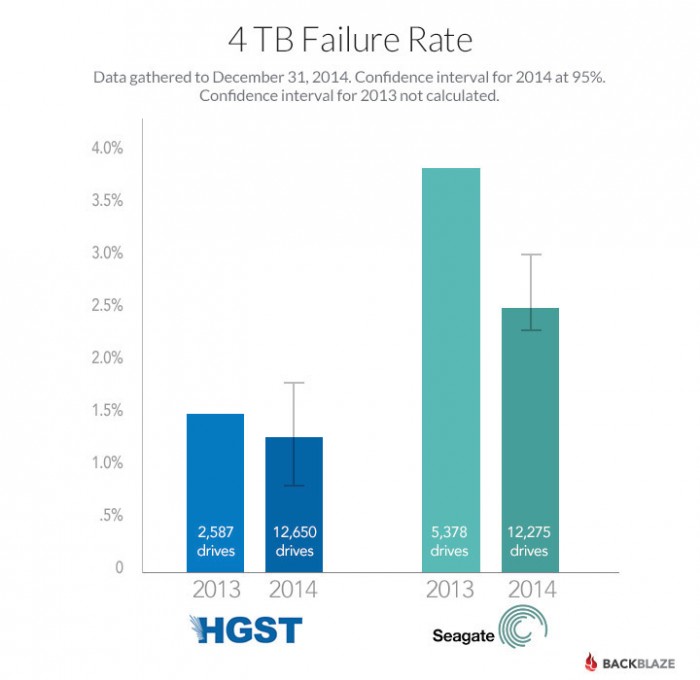 The results are pretty much the same as what we saw from Backblaze’s data last year. HGST 4TB drives look like the top dog in terms of failure rates. Also, the Seagate 4TB drives (ST4000DM000) fare quite well in spite of the poor reliability of Seagate 3TB drives.

Last year, the WD 3TB Red drives looked like a hit; however, with more drives and time thrown into the mix for a larger sample size, the annualized failure rates have pushed to 6.9%. 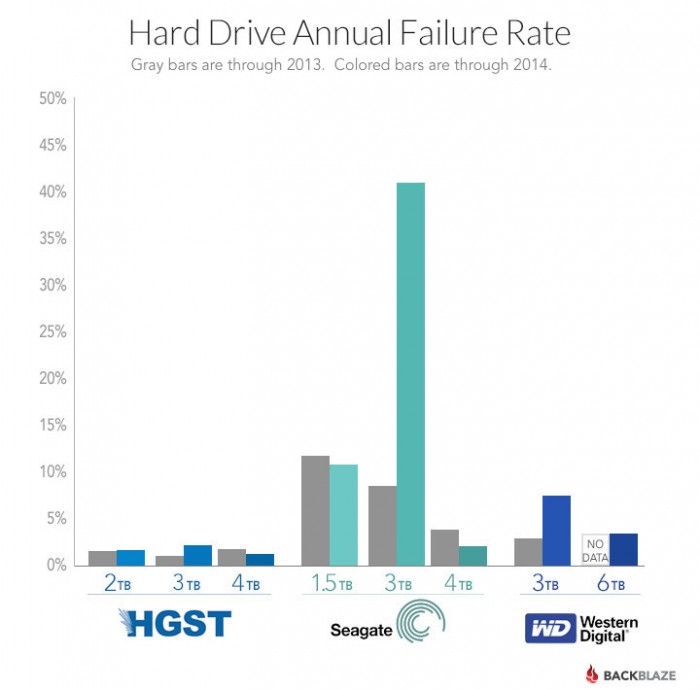 Even if you don’t buy internal drives in this increasingly mobile world, Seagate drives are featured in all of you LaCie external drives and HGST make up all of the generally great G-Technology external drives out there. It’s also worth noting that WD acquired HGST a few years back; however, the companies’ operations remain separate at this point.

If you want to ogle at all the numbers, be sure to check out Backblaze‘s full post breakdown.