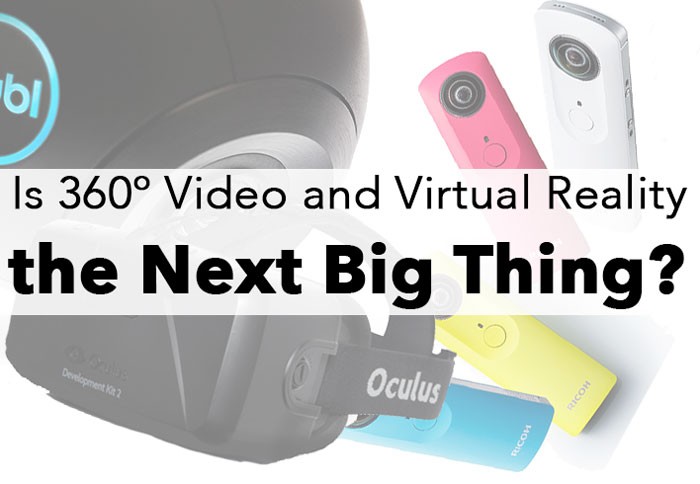 I’ll be honest, all of the recent 360º cameras haven’t really inspired me as I poured over the specs and read their press releases. However, I spent the better part of an evening last weekend looking at the Oculus Rift Virtual Reality Headset and watching far too many reaction videos from first time users. The more I look at Oculus Rift, the more I want one.

Virtual Reality is on the cusp of being massively huge. It just needs a little push to make it explode. All of the experiences I have watched seem just a little too forced. The horror video game genre seems to me the most fitting for the experience but it is just not mainstream.

An intense experience for sure, but not quite my flavor of entertainment.

The ground is bare, yet very fertile, at the moment for new content creators in the VR content world. And the price of admission is quite low right – even on the forefront of the industry. The Ricoh Theta, for instance, is a simple 360º camera that runs about $300. VSN Mobil sells its 360º action camera for $450. The Bublcam is a little more at $700 but still very reasonable in terms of specs and features.

Even without VR, the future of 360º video seems promising. YouTube just announced support for 360º video and has a new controller in its player to control the viewing direction while watching 360º content. 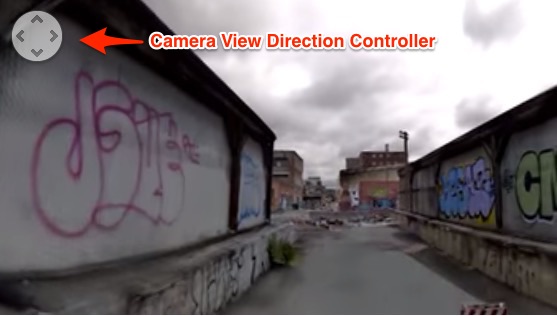 The controller is accessible in the YouTube app for Android and while viewing on YouTube.com and embedded videos while using Chrome. As you press the arrows, you can pan and tilt the point of view even while the camera position moves. Check it out below (if you’re not using Chrome, click the video title to go YouTube and get the experience there).

It is a different way to watch a video for sure, even if it is not quite polished yet.

What happens though when a visionary artist opens Pandora’s box and shows us just what happens with a well-planned piece of 360º content?

Is creating art with a spherical camera something you even want to think about tackling?

I sure hope someone does because it is content that I want to consume. And not just on YouTube. I want to put on the Oculus Rift VR headset with some quality headphones and immerse myself in some truly epic content. I want to see that next “wow” moment in cinema unlike we’ve ever seen.

The craft of creating the experience is going to be more intense than ever. While there are some nice concepts of the possible experience out there, everything leaves a lot to be desired.

While seeing this Tomorrowland 2014 highlight video in a 360º experience is interesting, the cuts are jarring if you are trying to look around at the scene in the middle of your own panning. The cuts and transitions have to offer a more seamless effect – especially for VR viewers.

Part of the craft of filmmaking is choosing what to show the audience. Sometimes what isn’t shown is just as important as what is shown. There are a number of intellectual and technical challenges to create something really great with 360º video, especially for VR users, but the potential for an immersive experience is so very high.

What do you think about the future of 360º video and virtual reality? What are some other hurdles that content creators have to consider for an immersive experience?

For now, I’ll leave you with one last video. Enjoy.