While Canon is busy locking down its video product line with no 4K options in its DSLRs and spotty support for clean HDMI-output, Sony is throwing the kitchen sink into its cameras with each release cycle.

The latest evidence of Sony’s bold digital imaging market moves is in the new A7R II, which sports a 42.4MP full frame image sensor with internal 4K video capture using the Sony XAVC-S codec at 100Mbps. While this is solid performance for a camera as small as the A7R II, Sony leaves room for users to go a little more professional by enabling uncompressed HDMI output of the sensor’s 4K signal.

This allows devices like the Atomos Shogun to capture 4K video to 10-bit ProRes or DNxHR codecs at an impressive 880Mbps, which provides a loads of benefits over the A7R II’s internal 50:1 compression. 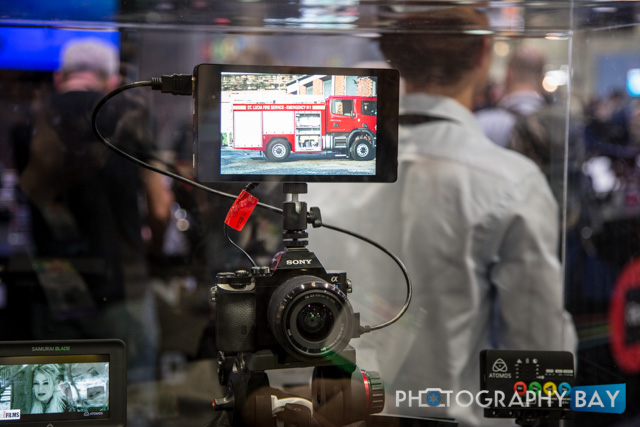 The Sony A7S was the first camera in the A7 series to support 4K video output over HDMI; however, it would not record 4K internally. The A7R II adds the internal 4K capture but keeps the ability to record externally.

Other advantages of using the Shogun with the A7R II include: