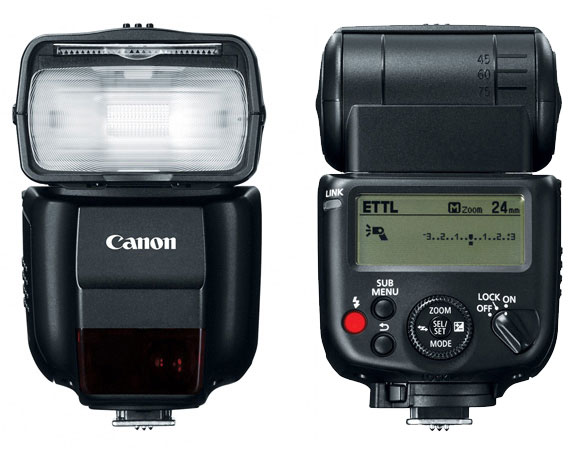 Canon has added another radio-triggered flash to its lineup. The Canon Speedlite 430EX III-RT replaces the existing 430EX II, which did not feature triggering via radio technology.

The 430EX III-RT becomes the second Canon Speedlite to feature radio triggering, following the 600EX-RT. Unlike the 600EX-RT, however, the new 430EX III-RT cannot function as a master flash in a multi-flash setup. It will only serve as a slave to be triggered by the 600EX-RT or the ST-E3-RT Speedlite transmitter.

Canon says the new flash has shorter recycling time for quicker firing and it is smaller and lighter than its predecessor. The 430EX III-RT comes with an color filter for balancing color temperature when shooting in tungsten lighting. It also includes the SBA-E2 bounce adapter and built-in catchlight panel.