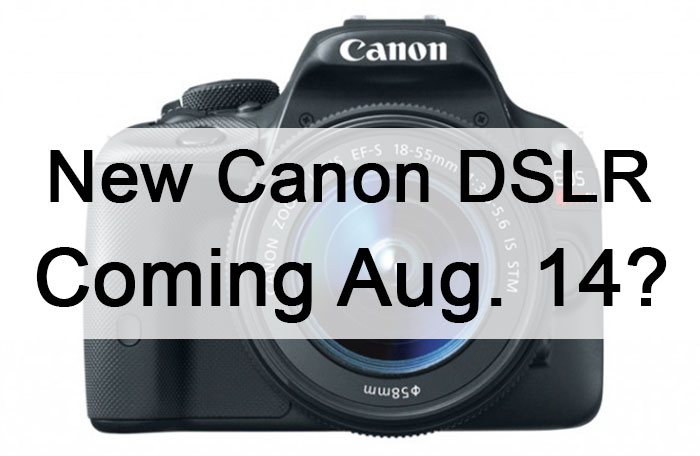 Recent rumors suggest that Canon has August 14, 2015 targeted as its next EOS product release date with a DSLR and two lenses planned to launch that day.

Keith over at Northlight Images suggests that it is still too early for use to see a new Canon 5D Mark IV or 6D Mark II. There have been no reliable reports of a Canon 1D X Mark II making its way out next month either; however, there is some speculation that it could be announced.

Additionally, Canon Rumors points out that the EF 35mm f/1.4L II is rumored to be ready for production, so we could see that lens show up. The Canon Rebel SL1 is also a camera that is due for replacement. The SL1 seemed to be a pretty popular camera. I bought one after I reviewed it and have really enjoyed it as a compact DSLR. It pairs nicely with the EF 40mm f/2.8 STM and the EF-S 24mm f/2.8 STM lenses.

This should get interesting as we build up to the typical August/September release window for new cameras and lenses.