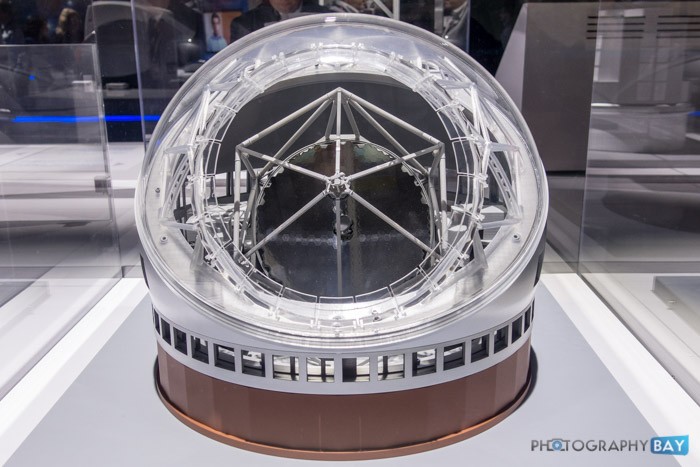 1/150 scale model of the Thirty-Meter Telescope

Outside of the traditional photographer and video realms at the Canon Expo 2015 in New York, Canon revealed its part in projects for the Subaru Telescope and the Thirty-Meter Telescope. 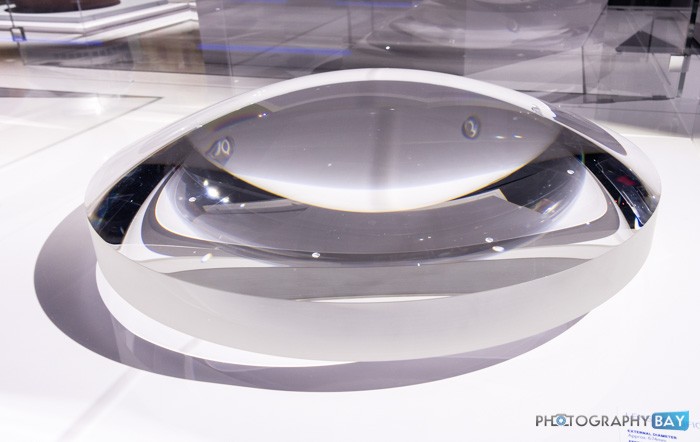 The Subaru Telescope is located at the summit of Mauna Kea, Hawaii. Canon developed and manufactured the prime-focus corrector lens unit (above) for the Subaru Telescope using aspherical lenses to minimize aperture, weight and the total number of lenses. 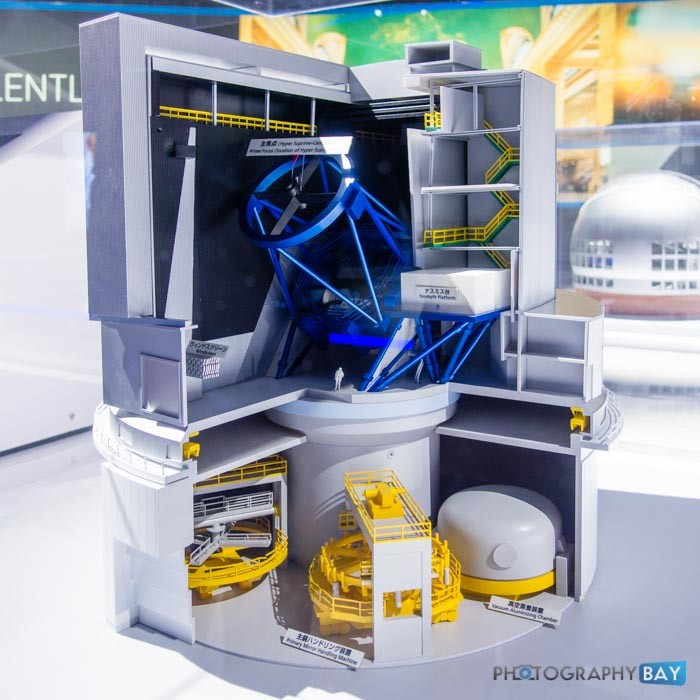 The above image shows a 1/100 scale model of the Subaru Telescope featuring Canon lens elements. As seen in the diagram below, the external diameter of the lens is 674mm (about 26.5 inches) and it weighs about 115 lbs. In case you were wondering, it is not available in Canon EF mount. 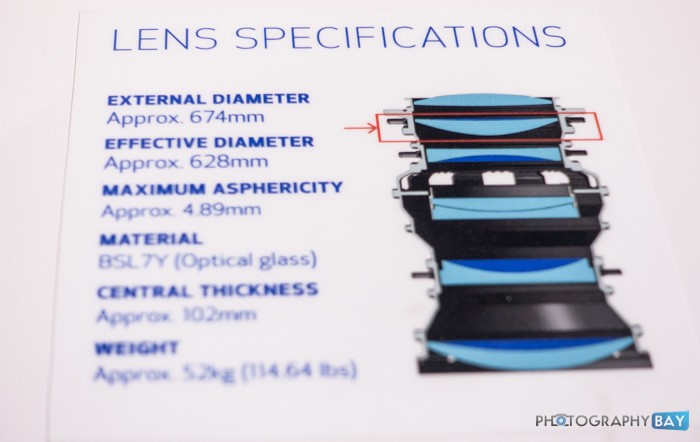 The Thirty-Meter Telescope, or TMT, is a next generation telescope that will also be located on the summit of Mauna Kea, Hawaii. As the name implies, the primary mirror will be 30 meters in diameter.

Approximately 30% of the 492 segments that make up the TMT’s primary mirror will be processed in Japan with Canon playing a critical role in the manufacturing. 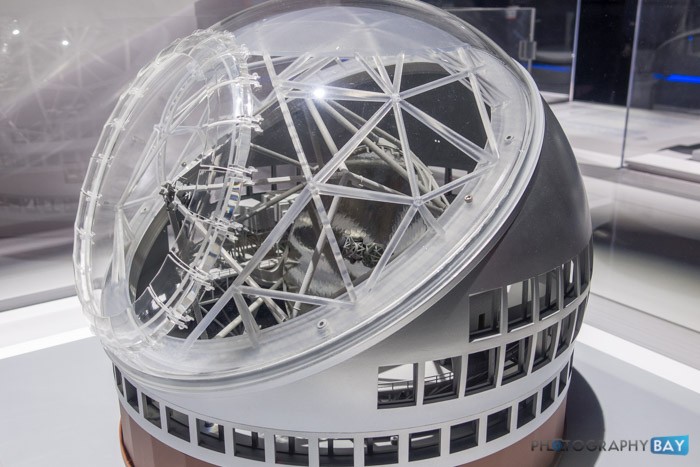 The TMT will have 13 times the light-gathering power of the Subaru Telescope and four times the resolution, which would allow a penny to be seen at 300 miles away. 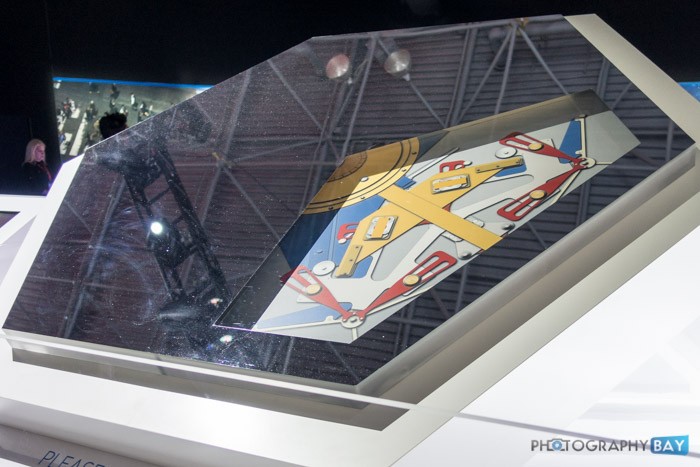 Canon had on display a full-scale model of one single mirror segment from the TMT’s 492 segments. The single mirror is 1.44 meter in diameter and 45mm thick. The cutaway of the mirror shows the Segment Support Assembly, which is a mechanism that enables precise adjustments to ensure the proper positioning of each mirror segment. 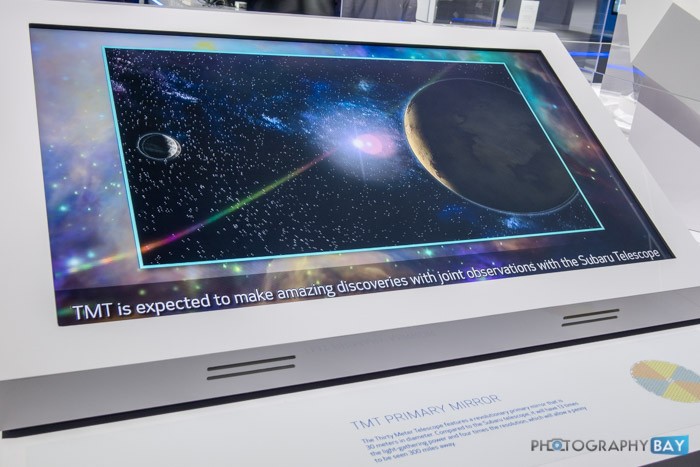