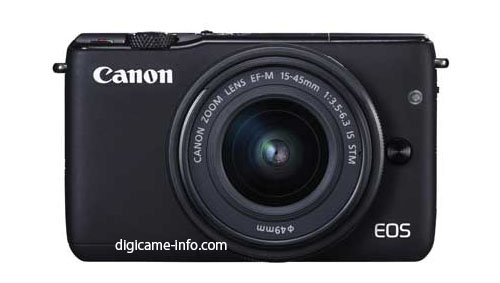 It looks like we’ll be seeing a trio of new cameras from Canon any day now thanks to a leak of images showing off the new Canon EOS M (possibly the M4?), PowerShot G5 X and PowerShot G9 X cameras.

Alongside the new Canon EOS M model, it looks like we’ll also see the previously leaked EF-M 15-45mm f/3.5-6.3 IS STM kit lens. No other features are known yet; however, the very plain design suggest it will be yet another mirrorless camera geared toward the entry-level consumer photographer.

[Update: It looks like the EOS M camera will be called the Canon EOS M10. Specs include an 18MP APS-C CMOS sensor and DIGIC6 image processor, as well as the Hybrid CMOS AF III system. -via DCI] 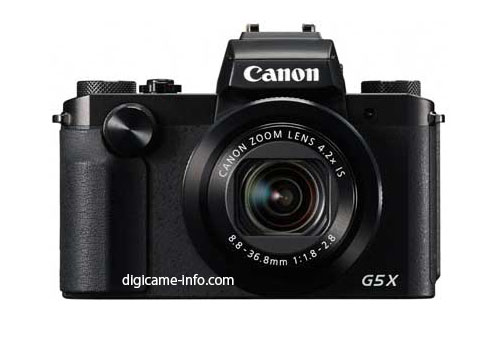 The PowerShot G5 X and G9 X, however, look to continue to more serious approach to point and shoot models. Both cameras make use of a 1″ 20.2MP back-illuminated sensor (possibly from Sony?).

The cameras appear to be staggered (along with the Canon G3 X and G7 X) with Canon’s traditional DSLR naming scheme with the lower-numbered cameras being the higher end models. 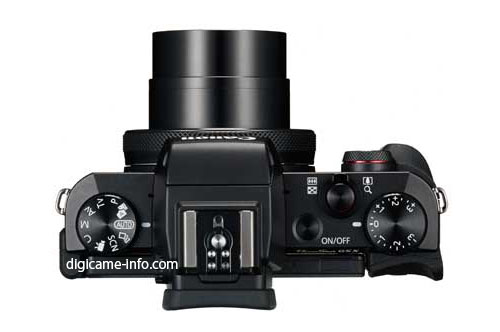 The G5 X features a 24-100mm equivalent zoom range with a max f/1.8-2.8 aperture. The G5 X also sports a built-in EVF and hot shoe, along with mode and exposure compensation dials on the top of the camera. 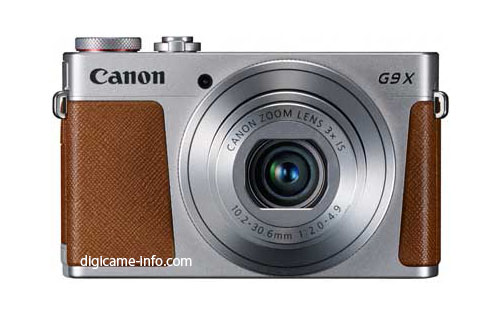 The G9 X is a pocket camera design with a 28-85mm f/2-4.9 max aperture. It sports a mode dial and pop-up flash on top. The leather wrap grip adds a little retro flare to an otherwise modern silver body appearance. Both cameras are said to feature a 3″ LCD with 1.04M-dot resolution. 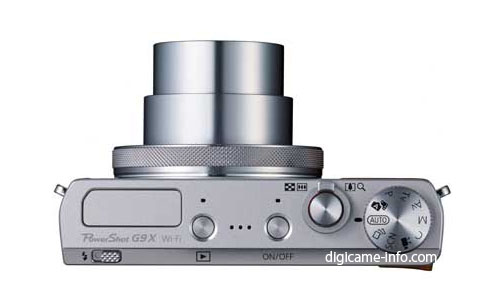