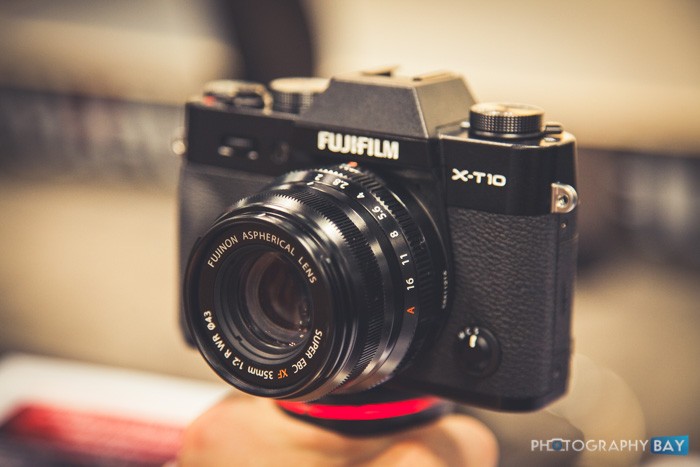 I don’t really have a whole lot to say about the new Fuji XF 35mm f/2 R WR lens other than its even smaller than I expected it to be. As you can see it mounted on the Fuji X-T10, it’s pretty compact – the X-T10 is already a pretty compact camera and the 35mm is a perfect walk-around lens at 53mm equivalent field of view. 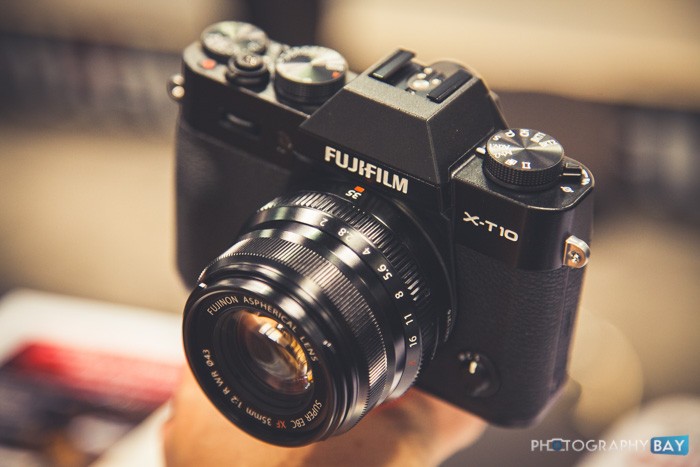 Just handling it for a few minutes, I don’t have any great details to take away but it does everything I expected it to. Autofocus is solid and images look great judging off the back of the LCD. Fuji is building some very nice cameras and lenses right now and this 35mm f/2 lens looks like another great addition to the product line.

On the camera side of things though, the X-Pro2 should arrive at CES 2016 in January with availability in February 2016 and will be more advanced than the Fuji X-T1. This will mark the four year anniversary of the Fuji X-Pro1 announcement (at CES 2012) and Fuji acknowledges that the X-Pro1 is getting long in tooth – especially when you consider the continual firmware advances that some of the latest Fuji cameras have received. 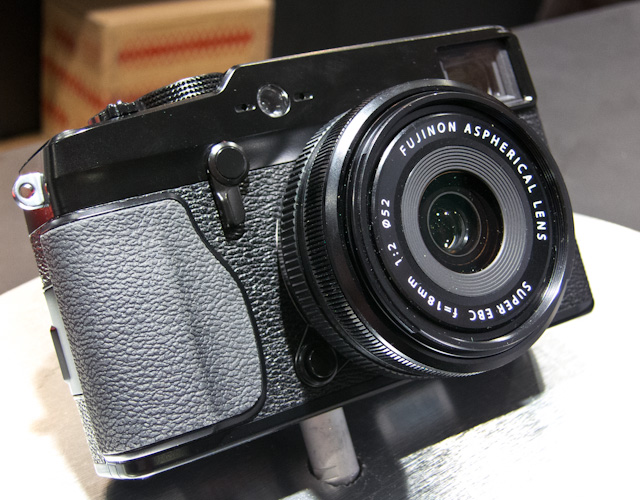 Additionally, more info from the same source Fuji will release a full frame sensor camera in the future (after 2016). I’ll believe the full frame sensor bit when I see it; however, I mention this as something to file away for future corroboration.