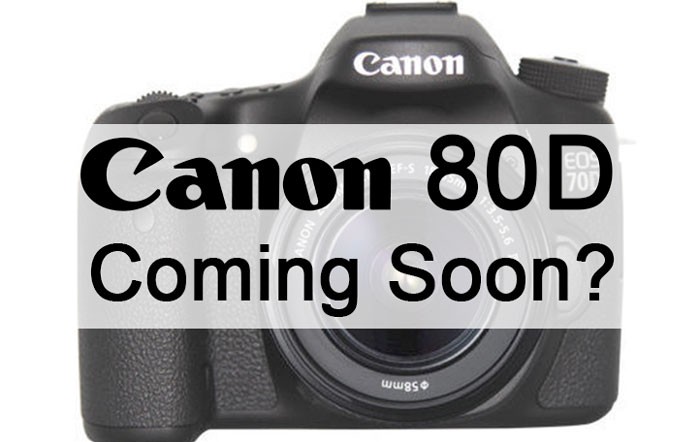 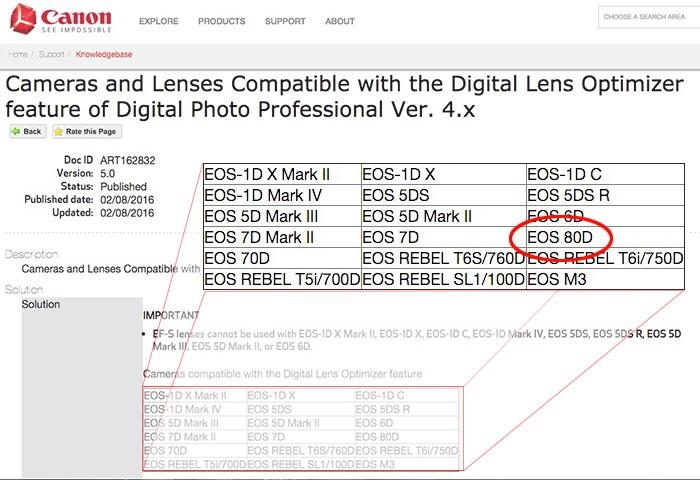 This should really come as no surprise, given that the Canon 70D is almost 3-years-old. Rumored features for the Canon 80D include a new AF system and more AF points. There is really a lot of room to grow the 80D between the Rebel T6s and 7D Mark II, so there could be more in store for it as well.

Update: I’ve found a few other articles on the Canon USA knowledgebase website that reference support advice for the Canon EOS 80D. 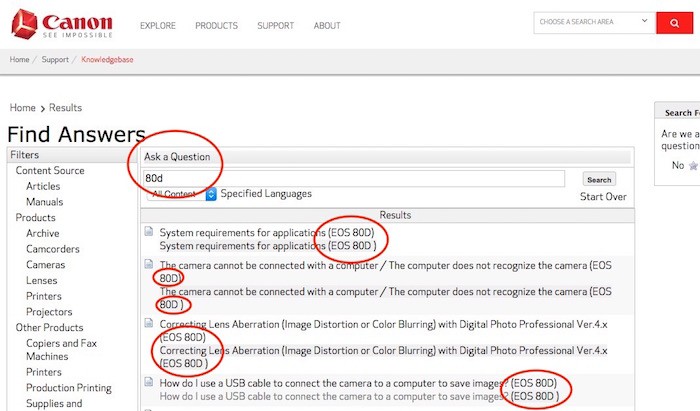 Notably, one of the articles confirms (no big surprise here) that the 80D offers NFC and WiFi (see below). 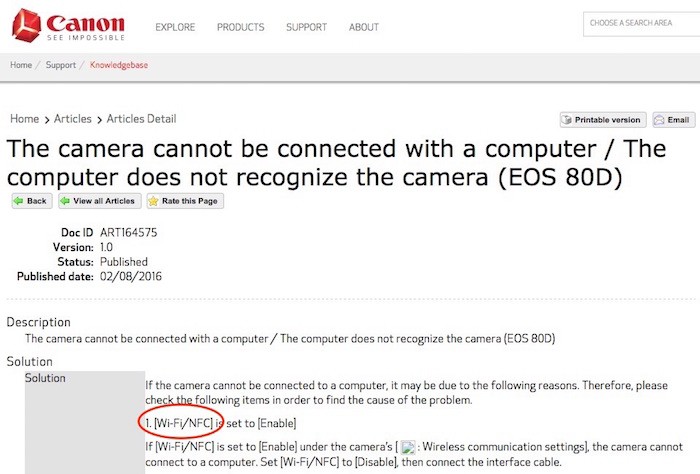 Along with the 80D, also expect the Canon PowerShot G7 X Mark II and SX760 HS to be announced at or around the same time.