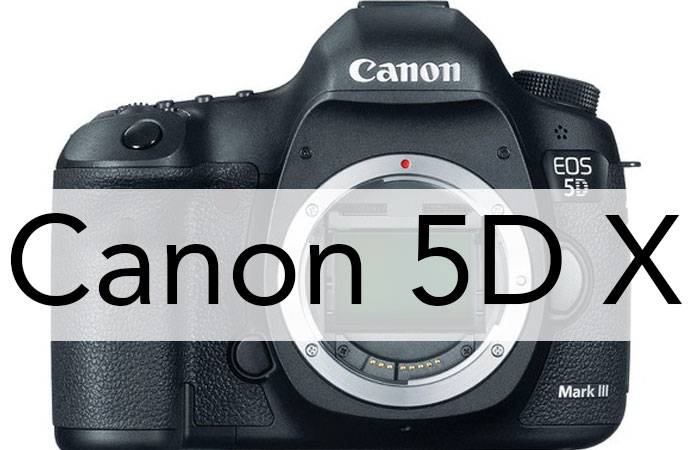 The latest in a long line of rumors about the Canon 5D Mark III successor suggests Canon will launch the EOS 5D X before NAB 2016 in April.

The rumored features and specs read like a Canon lover’s wish list, which makes me a little more than skeptical that this is the real deal. See the latest list of specs below.

Maybe Canon finally brings 4K to the table for the 5D line. There has been so much hope for an “affordable” Canon DSLR with 4K video for so long. I’m not holding my breath here either. However, the portion of these rumored specs that makes me skeptical is the Canon Log and Wide DR Gamut, which is something that has, so far, been reserved for Canon’s EOS Cinema line. Maybe Canon crosses those lines here. Maybe not.

Of course, all of these wish list specs would mean a premium price if this camera were to actually be made. With the Canon 5Ds R retailing for $3,899, it’s not out of the realm of possibility for this rumored iteration of the 5D X to approach the $4K price point in addition to the 4K resolution mark.

Finally, this is not the first we’ve heard of the 5D X or a rumored 28MP sensor, so it’s very possible (if not likely) that this is simply a rehashed rumor from last year.

Canon Rumors also posted this rumor with a grain of salt and no confidence in the source. I’m repeating it here with a dose of skepticism because it is making the rounds. I’d love to see a 5D X with these features, but I’m not banking on it.