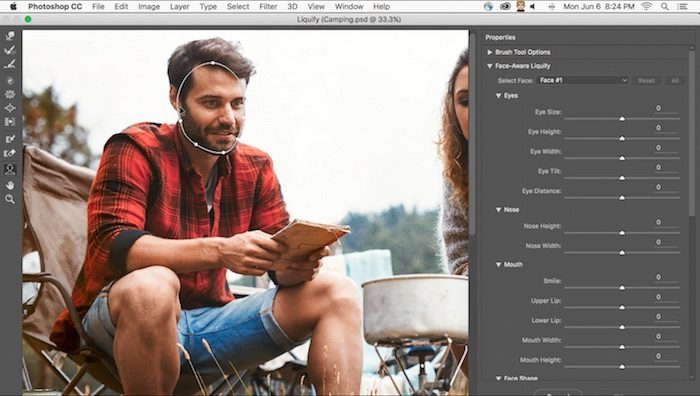 We saw the Content-Aware Crop feature teased last month, so we know what to expect. But Face-Aware Liquify brings the ability to adjust facial features while the Face-Aware technology constrains adjustments to only the areas you want to affect.

Other new features in Photoshop CC include:

There are also a number of under-the-hood features that add tighter cloud, corporate and stock integration. For complete details, check out the breakdown on the Photoshop Blog.