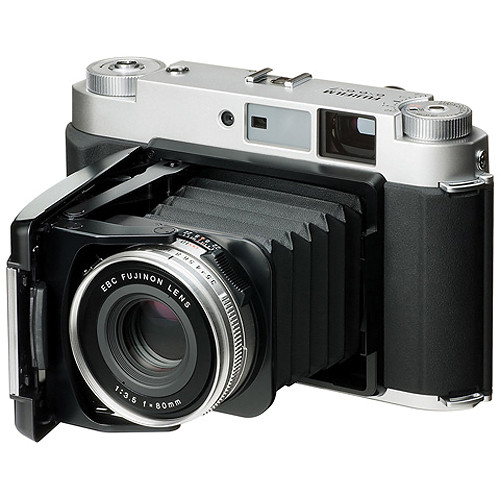 Fujifilm has been killing it over the past few years in both film and digital formats. Even though the company killed off the last type of peel-apart film when it discontinued its FP-100c film earlier this year, Fujifilm Instax is the hottest photography product on the market. The Fuji X-Series lures DSLR users over to the mirrorless side in droves. And now, we’re talking about a medium format digital camera from Fuji.

There are currently limited options for digital medium format cameras under the $10K price point. Hasselblad’s new X1D was a substantial step for the company to move toward the prosumer user but still remains out of reach for most of us at $9K. Pentax offers a slightly more reasonable price on its 645Z at $7K.

If you are on a budget and really want a digital medium format camera, the Pentax 645D can be found pretty easily on eBay for well under $3K. However, there are plenty compromises that go along with it.

I think the sweet spot for the digital medium format camera market lies at or below the $5,000 price point. All of the above options have had moderate success starting above that market; however, I don’t think the prosumer enthusiast and average wedding pro are going to be shooting medium format until we get below the $5,000 mark . . . which brings me to Fuji.

Rumors have been kicking around for quite some time that Fuji could/would enter the digital medium format market. Now, some rumors are pointing to an unveiling around Photokina 2016 in September. These are really just rumors at this point but some specs that are being tossed around include a 50MP CMOS sensor. Of course, that’s just as easy to predict for anyone launching a medium format camera since Sony’s 50MP CMOS sensor is being used in so many models across the market today.

Fuji Rumors is also reporting that a trusted source assured them that the rumored Fuji medium format camera would definitely be more affordable than the Hasselblad X1D. That’s not quite earth shattering news since we are talking about a Hasselblad versus a Fujifilm camera. However, it begs the $5,000 question.

Maybe that’s crazy talk in today’s market; however, it wasn’t long ago when we were debating when 4K video cameras would be available for less than $5,000. Today, they are everywhere and, in a few more years, it will be as ubiquitous as HD video.

The camera market is becoming more and more niche. Days of camera makers launching a dozen new compact cameras every 6-12 months are behind us. However, the people that are buying a new camera today really care about those cameras. They care about the brand, the look and feel of the camera and obtaining the maximum image quality.

The market is growing up and so are the cameras. There is still plenty of engineering to be done at all levels of digital cameras. We’re going to get better phone cameras, pocket cameras and DSLRs in the years ahead. However, there are some limitations that physics limit engineering capabilities and that’s part of the reason why we are on the cusp of a digital medium format revolution.

Photography enthusiasts across a wide range of income levels will drop $3,000 or more on a DSLR. When I bought my Canon 5D Mark II in 2008, it cost more than my car was worth. To me, it was worth every penny. There are plenty of us ready to drop $5,000 on the table for a medium format camera if someone can do it right.

I think Fuji has the ability to do just that. Whether Fuji will or not is what we are waiting to see.

However, if Fuji doesn’t bring a digital medium format to the table at the right price, someone else will – and sooner rather than later (I’m looking at you Sony).

There’s never been a better time to enjoy photography. There are more tools available to help create amazing images than ever before. And it’s only going to get better.