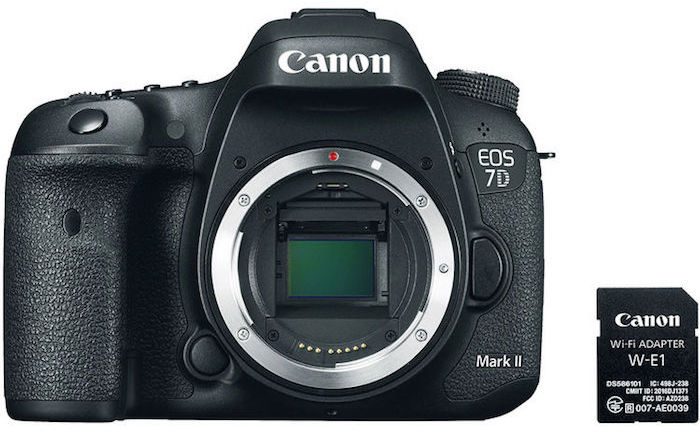 The W-E1 slides into the camera’s SD card slot and gives the 7D Mark II WiFi capability for transferring images and using the Canon Camera Connect App for remote capture. 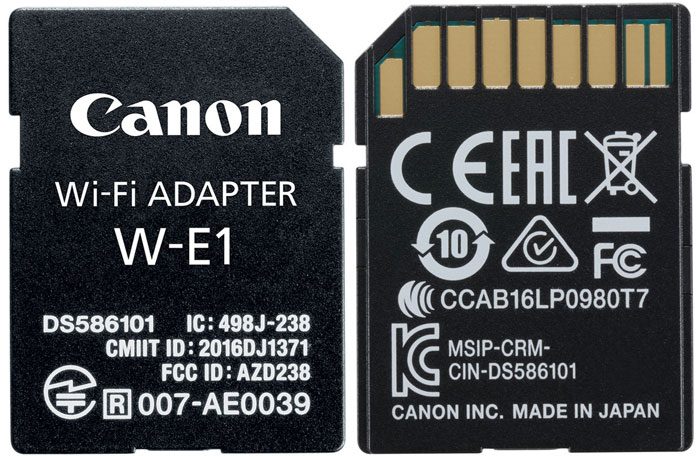 In addition to the kit option, the Canon W-E1 WiFi adapter will be sold separately and can also be used with the Canon 5DS and 5DS R cameras. While the adapter can transfer stills and movies on the 7D Mark II, it is limited to still image transfers only when used with the 5DS and 5DS R.

The W-E1 WiFi adapter will be available in early September for $50 retail (currently listed at $39.95). Check it out here at B&H Photo.