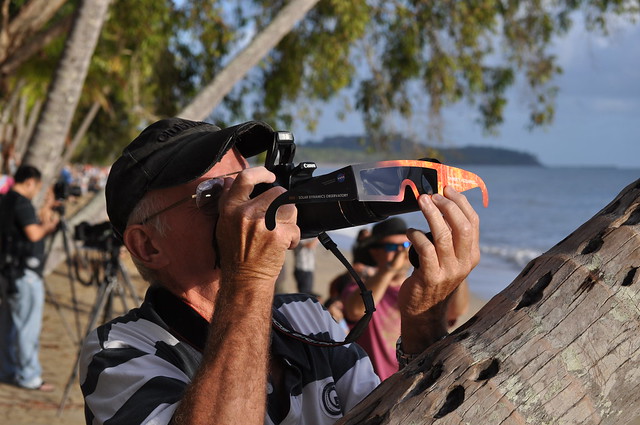 Don’t do this…
I live close to the center of the path of the solar eclipse that’s coming to North America on Monday, August 21. I’ve decided not to photograph it for a few of reasons.

It’s a completely new concept for me. Additionally, I don’t have the equipment in my kit to shoot it. So, I would either need to buy it or rent it for the event.

The biggest reason, however, is that I have four kids. We’ve got glasses to view the eclipse but I’m worried about their ability to use them correctly and the temptation to look at the eclipse without the glasses. That’s a much more important task for me than capturing what would likely be a rather average photo of the eclipse. We are actually going to modify our eclipse glasses with a paper plate to prevent incorrect use by our 7 and 9 year old girls. Our 3-year-old won’t even be allowed outside during the event.

And finally, I’m not worried about capturing the eclipse myself because I know that there are going to be so many great images from photographers across the country. I’ll especially be interested in sifting through our Reader Photos Roundup the following week. I’m genuinely excited about seeing the amazing photos that are going to be coming in after the eclipse.

If you are going to be in a viewing area, what are your plans for the eclipse? To photograph or not to photograph? If you are shooting it, what’s your gear setup look like? I’d love to know.