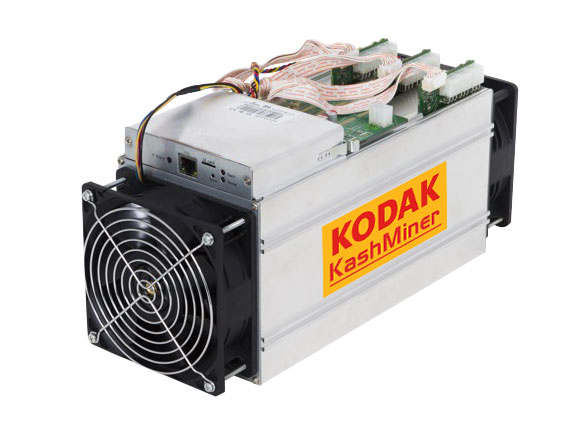 According to a report from BBC, the Kodak-brand licensee behind the KashMiner has halted its plans for the bitcoin miner rental scheme.

Kodak, which showcased the KashMiner at its CES 2018 booth, now says that the device was never officially licensed and it never hosted the miners at its HQ. Spotlite, Kodak’s licensee, blames the SEC as the catalyst for halting KashMiner rentals and operations. However, there’s a strong case that bad math alone was enough to shut this nonsense down.

Even when it was announced, the KashMiner 2-year rental for $3400 was a horrible deal. The returns touted at Kodak’s booth screamed of a scam and, for the poor souls who bought into the scheme, it appears to be nearly a complete waste of money.

Bitcoin was valued around $17,000 in early January, around the CES time frame. Today, bitcoin is around $7300 and mining profits from the KashMiner are near break-even after electric costs. That’s a far cry from the expected $375/mo. payout that was touted at the Kodak booth for KashMiner customers.

On the news of the Kodak Coin ICO announcement, Kodak’s stock price more than tripled overnight during CES 2018. The price of Kodak stock has dropped significantly over the past six months as it approaches the same pre-CES lows. As Kodak’s stock continues to bleed, this news – no matter how Kodak tries to downplay it – can’t help the company’s image.

While I can see a legitimate use case for the Kodak Coin application for licensing and protecting copyright, the Kodak KashMiner was a terrible idea from the start.