However, I haven’t seen anyone point a link to a system in the $2000 to $3000 range that matches the new Mac Pro. So, let’s look at a big Windows workstation provider for creative pros and see how Apple’s Mac Pro matches up against a modern HP Z-series workstation.

Because we’re working off of the base specs to get to the $6,000 price tag, I’m going to try to match those as close as possible to an HP workstation. I realize that you could likely buy the components separately for a much lower price tag and build your own machine but that’s an entirely different market (and maybe a different post later on); however, I want to compare the pre-built configuration for a workstation product and avoid comparisons to gaming PCs as well. Essentially, let’s see what the alternative professional workstation looks like compared head-to-head against the Mac Pro. 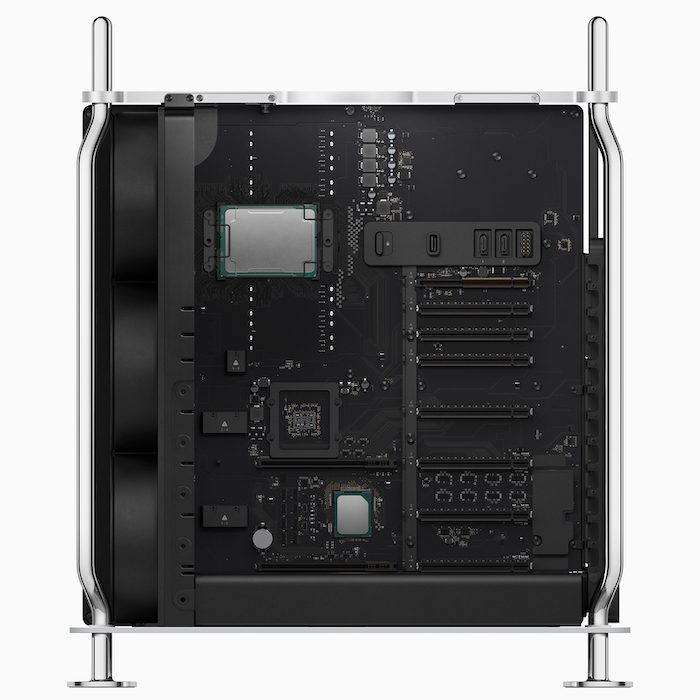 The new Xeon W processors are hard to come by in an 8-core configuration for the HP Z series. However, one pre-built HP Z4 G4 Series Tower Workstation at B&H matches up quite nicely spec-wise and includes a 3.7 GHz Intel Xeon W-2145 8-core processor, which the processor alone runs nearly $1200. This processor is a step above what was found in the 2017 iMac Pro but still a step below the new 2019 Mac Pro. Notably, the L3 cache is 11MB in the Xeon W-2145, while the new Mac Pro’s Xeon W offers 16.5MB cache. So, the Mac Pro still edges the HP’s processor configuration out by a bit but we’re one generation off with relatively comparable processing power. 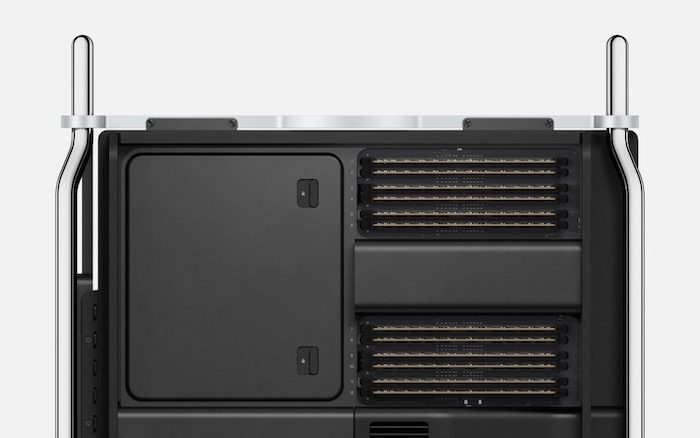 It’s common to see the more expensive ECC RAM in workstations and that’s the case for both the Mac Pro and HP’s Z4 workstations. The Mac Pro’s base specs call for 32GB DDR ECC RAM that operates at 2666MHz with the 8-core processor. Mac Pros with 12-core to 28-core processors operate memory at 2933MHz.

Again, the pre-built HP Z4 G4 Workstation we first mentioned above is configured with 32GB DDR4 ECC RAM at 2666MHz. Notably, the HP Z4 is expandable up to 256GB RAM, while the Apple Mac Pro is configurable with up to 1.5TB RAM. So, the base models are directly comparable here but the Mac Pro blows away the HP Z4 for future upgradeability. However, if you step up to the HP Z8 G4 product line, you can install up to 3TB of RAM across 20 slots. 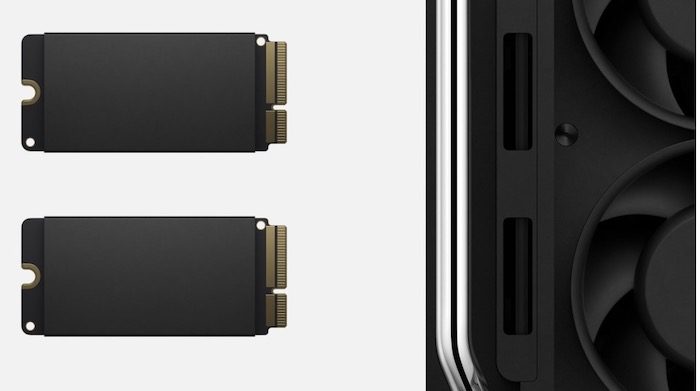 The base Mac Pro ships with a 256GB SSD and the HP Z4 we’ve been talking about includes a 512GB SSD. I don’t know the full specs of the HP’s SATA SSD drive but my guess is that it doesn’t match the Mac Pro’s drive, which looks to be an NVMe drive and is capable of up to 2.6GB/s sequential read and 2.7GB/s sequential write performance. From what I could find, HP’s standard SSD drive caps out around 600MB/s. However, I’m not certain that’s the included drive.

Based on the initial info, you can configure up to two 2TB drives in the Mac Pro for a max of 4TB onboard storage. 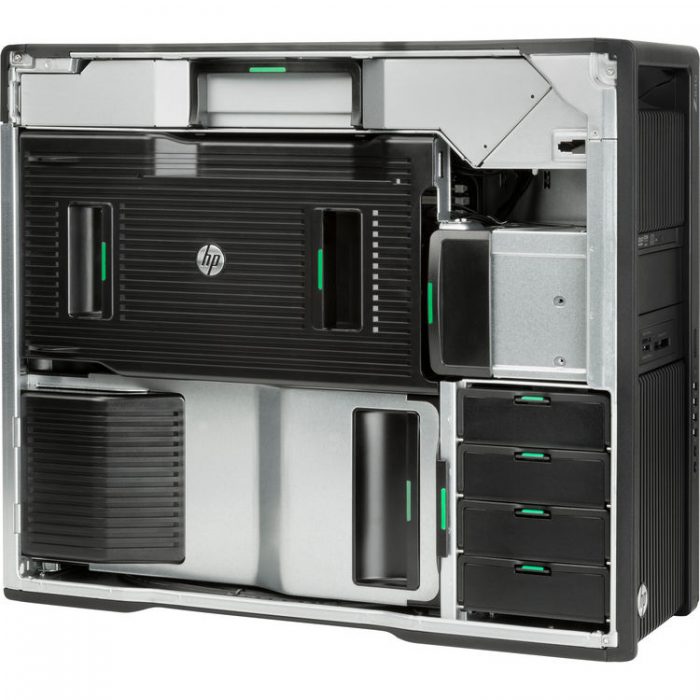 The HP Z4 can hold up to four 3.5″ drives (or 2.5″ drives) and has a pair of M.2 slots for fast and relatively affordable NVMe drives, which more than levels the playing field against the Mac Pro’s included storage. Of course, plenty of third-party manufacturers are frothing to sell their MPX Modules that include loads of storage in the new Mac Pro but that’s a little more expensive than dropping in an extra 3.5″ drive. 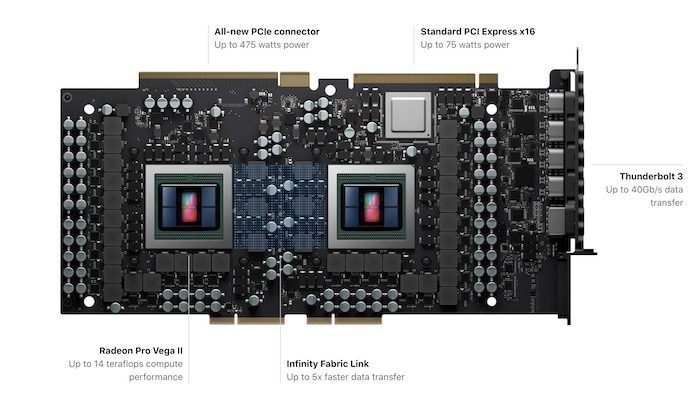 The Mac Pro base configuration includes a single AMD Radeon Pro 580X, which the nearest off-the-shelf match is a standard 8GB AMD RX 580 that retails for $200-$300 depending on the brand. The Radeon Pro 580X provides 36 compute units, 2304 stream processors and 8GB of GDDR5 memory.

Apple has been locked in with AMD for several generations now and is doubling down on their Metal graphics architecture in this next generation Mac Pro. NVIDIA appears unwilling to bend, which leaves us apparently stuck with AMD for the foreseeable future. Whether we will have GPU options beyond the Apple-configurable MPX Modules remains a mystery at this point. 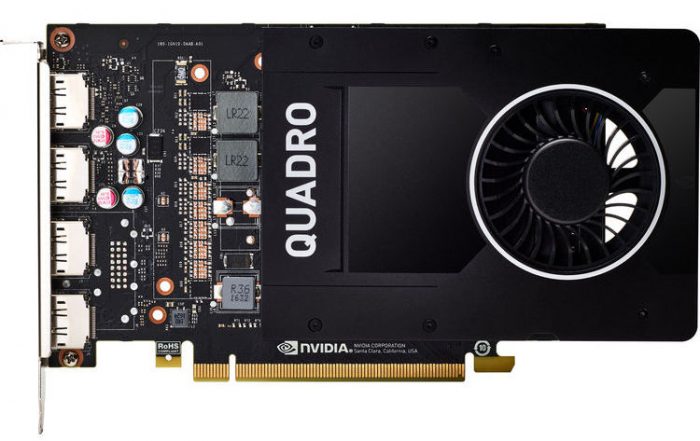 Our pre-built HP Z4 features an NVIDIA Quadro P2000 with 5 GB GDDR5 VRAM. The Quadro line is a purpose-built professional GPU for higher-end video editing and rendering. The P2000 runs between $400 and $500 off-the-shelf. It provides 3 teraflops single precision performance, compared to 5.2 teraflops from the Radeon 580X.

Running the cards through some online benchmark comparisons yield pretty similar results. Likely though, the Radeon Pro 580X is going to have a raw processing advantage over the Quadro P2000. The HP gives you a little more flexibility in upgrades though. You can pick just about any card you want to drop in and use the standard PCIe expansion slots along with standard PEG power from the HP’s power supply. As noted, we’re still in the dark with what that looks like in the Mac Pro.

Picking up where we left off with graphics cards, let’s look at just how expandable these two machines are starting with the basic I/O.

There are seven more full-length PCIe cards slots on the Mac Pro, three of which are single-wide and four are double-wide. The MPX Modules will cover two double-wide slots each. 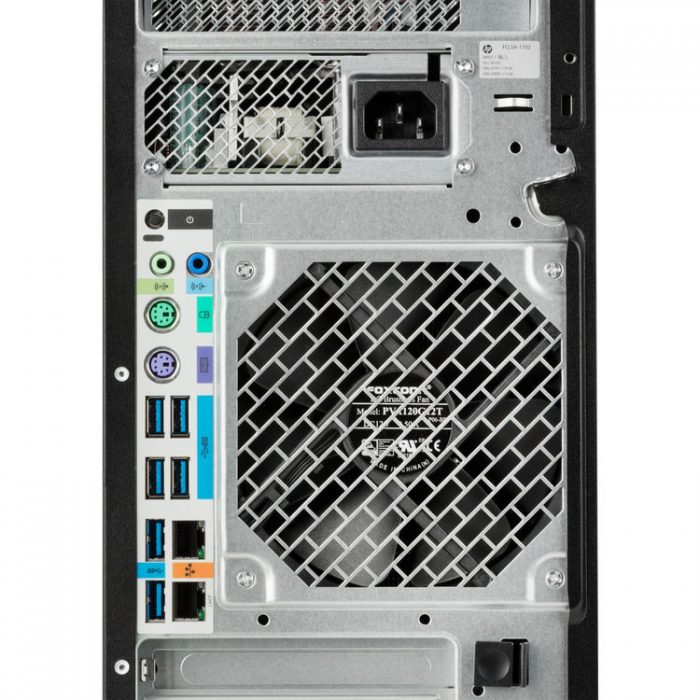 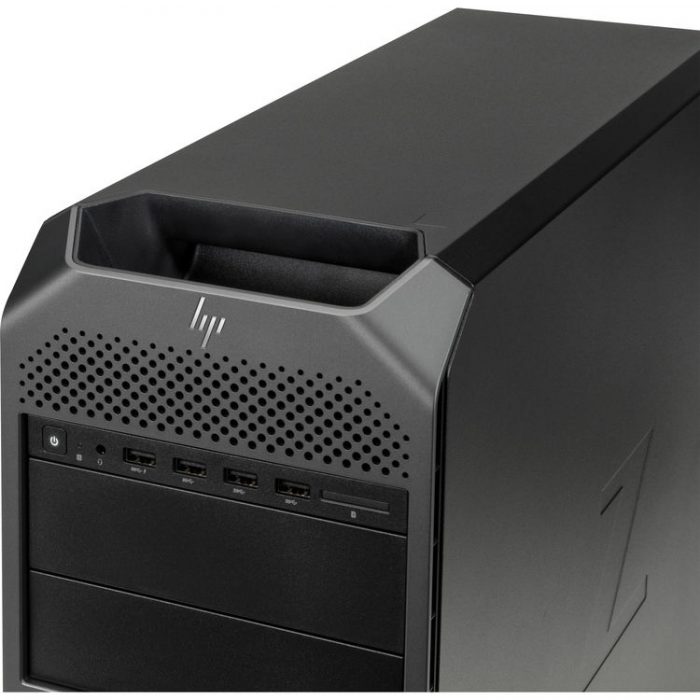 Unfortunately, we don’t know what we can and can’t do with the Mac Pro for upgrades just yet. What we do know is the HP will handle much more off-the-shelf upgrades from hard drives to video cards. Likely, the I/O card expansion options will be significantly broader than the Mac Pro. Of course, the Mac Pro will likely offer plenty of purpose-built upgrades from third-party vendors who work directly with Apple and this one machine to make everything work just right.

So we’ve come all this way to see if the price of the Mac Pro is justified at $6000 for the base configuration we’ve compared to a specific and relatively even-matched HP Z4 G4 workstation.

If you cheated and clicked over to the link when I identified this specific model HP Z4 above, then you already know that it currently sells for $4199. Look closer at the price though… 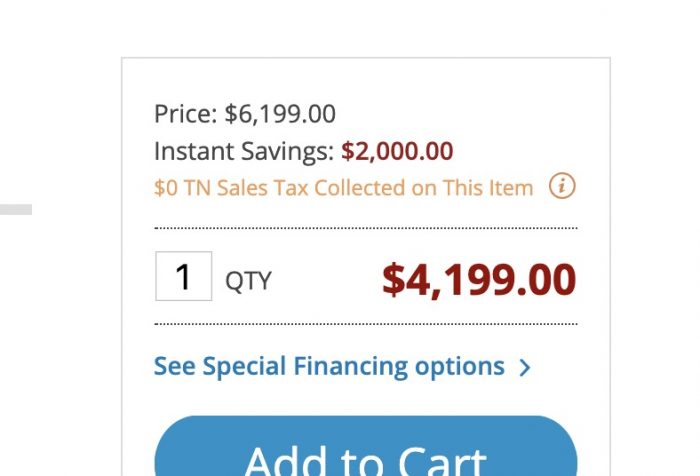 The Intel Xeon W processors are tough to find on PC workstations. If you wanted to step down to Intel Xeon Silver, you can get 8-core or 10-core systems well under $4000. However, the specs aren’t going to match the Mac Pro. Even the Xeon W that we can configure in the HP system above doesn’t match the base Mac Pro processor.

You can also spend a lot more on an HP system. This HP Z8 G4 workstation with an 18-core Intel Xeon processor will set you back $23,749.

Conclusion: Is It Worth It?

With the Mac Pro, you are getting what you pay for. Stacked up against the best Windows workstations, the $6000 asking price is appropriate for the equipment you are buying. With the 2019 Mac Pro, you are buying the premium components built around the Apple ecosystem, which we all know demands a premium of its own.

Personally, I don’t see an upgrade path for myself at this point that includes a new Mac Pro. I’m disappointed that I can’t buy a lower end machine in the sub-$3000 range and expand it over time. And I think that’s probably where a lot of the users that don’t fit in the high-end pro category have trouble understanding this release.

With the 2012 Mac Pro tower, you could drop $2499 for a base system that included a quad-core Xeon processor and 6GB RAM. Then, the 2013 Mac Pro trash can was introduced at $2999, which featured a quad-core Xeon process, 12GB RAM and dual AMD FirePro D300 GPUs. Now, there’s no way to buy into the Mac Pro ecosystem without dropping $6000 on a base machine. Couple this with the $5000 iMac Pro starting price and it becomes tough for the budget-minded creative pro to enter the Apple ecosystem.

With PC workstations, you can easily enter the realm for under $2000 grow from there as your budget allows.

What are your thoughts of the new Mac Pro compared to HP and other workstation PCs? Sound off in the comments below.