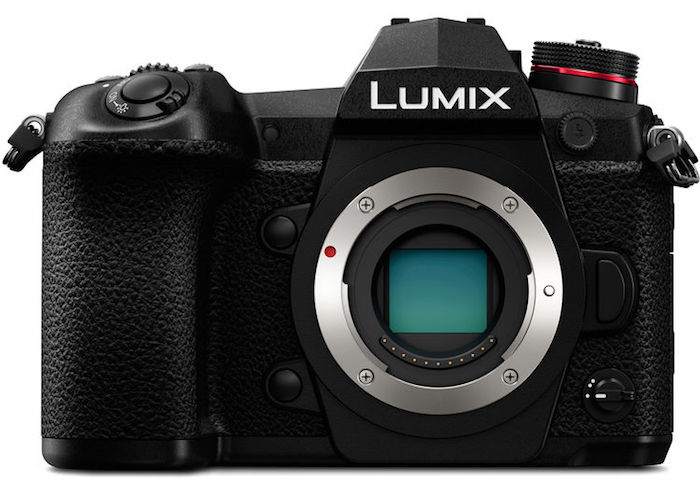 The new Panasonic DC-G9 is a Micro Four Thirds camera sports a 20.3MP sensor and features an 80MP High-Resolution Shot mode that uses slight movement of the sensor to combine successive shots. The G9 also offers the ability to shoot up to 60 frames per second in AF-S mode or 20 frames per second in AF-C mode. While these features combine for a great still image machine, the G9 also captures 4K/60p video. END_OF_DOCUMENT_TOKEN_TO_BE_REPLACED

The Canon Powershot G9 was announced on August 20, 2007 along with the Canon 40D. The G9 ups the ante to 12 megapixels (up from 10MP on the G7) and adds a very desirable feature for serious photographers – the ability to capture photos in RAW format.

If you compare it with a good 12 megapixel DSLR, it comes up short, but that’s like criticising a Mini for not being a Mercedes. The point is, it’s good enough to stand scrutiny against the best DSLR. As for the rest of the compact world, it’s bettered by none and matched by only a handful.

In my opinion the camera works quite well for professional work, provided you use a low ISO (80 or 100, preferably 80 since there’s hardly anything to gain by going to 100), that you compose with the LCD screen, and that you control the exposure carefully through over or under exposure. In practice, I almost always use the Aperture Priority mode and control the exposure through the over and under exposure adjustment.

This camera is excellent throughout. However, it does have its weakness. One of which is in the area of chromatic aberration. It shows some halo effect in areas of high contrast. There is also some distortion along the horizontal axis.

With superb build quality, a huge range of features and options, fast performance and – at its best – outstanding image quality, the Canon PowerShot G9 is certainly one of the best compact cameras on the market, and a very good creative tool for the enthusiast photographer. However it does suffer from the usual limited dynamic range and noise problems of super-powerful compacts, and considering it is nearly the price of an entry-level DSLR, one has to ask if it’s really worth the money.

There are plenty of functions to try out and the G9 enables you to use your creativity to the full. This Canon Powershot G9 really is a camera that grows on you. Its strong points are definitely its wide range of specifications, strong built quality and responsiveness. On top of this we feel it would be ideally suited to act as a handy addition to your DSLR kit with all the control of a DSLR, without the discomfort of its size and weight.

Despite the fact that I think the image quality could have been better, the Canon G9 has convinced me. It is simply one of the best compact cameras at this moment, but you have to know very well what you are doing and you have to get used to the camera. The camera is not friends with everybody and an inexperienced photographer will not be able to apply the camera to the fullest.

IQ-wise the G9 is about as good as it gets in a compact camera (at low ISO – once you get to ISO 400 the gap between most decent cameras is very narrow), and physically it puts virtually everything else to shame.

The PowerShot G9 is a solid high-end camera, though it won’t be replacing your digital SLR anytime soon. It offers a full set of features, both automatic and manual, and throws them into a well-built, expandable body. If you keep the ISO as low as possible you’ll get some nice photos out of the camera, though a D-SLR will wipe the floor with the G9 at higher sensitivities. Though I still miss the fast lens and rotating LCD of the older G-series models, I can still recommend the PowerShot G9 to anyone who wants a high-end camera without stepping up to a digital SLR.

The Canon Powershot G9 is the kind of camera that not only makes you feel like a better photographer, but helps you become one too, mixing both comprehensive and happily reliable hand-holding features with a plethora of real photographic controls that, along with build quality, at times exceeds that offered by many – if not most – budget DSLRs.

Robustly built, comprehensively feature-packed and small enough to slip into a jacket pocket, the PowerShot G9 has a lot in its favour. Because it offers many of the same shooting controls and supports raw file capture, it would make an excellent compact back-up camera for DSLR users. It would also provide some useful features that are not provided in DSLRs. You get good range of video formats (including widescreen) and facilities for adding sound bites to pictures or making audio recordings.

As recently as two years ago many digital camera industry insiders were predicting the imminent demise of top of the line (read expensive) prosumer/enthusiast digital cameras due to the introduction of affordable entry-level digital SLRs – those dire prophecies clearly haven’t come to pass. The G9 has a few warts, but at this point in time and when compared to the other cameras in its class – the G9 is as good as it gets. If that’s not enough, RAW is back, the G9 is more powerful, it has more features, and it’s cheaper (MSRP) than its predecessor.

It’s an exceptional little camera whose specs and performance would have been hard to imagine just a few years ago, particularly for $500. If you’re looking for a go-anywhere pocketable camera in this price range you owe it to yourself to look at Canon’s G9. I believe that it truly represents today’s gold standard for point & shoot camera performance and specifications.

Our tests prove the G9 has significantly better resolution, better than most cameras released this year. Noise levels are high, but not any higher than the G7, which is commendable. Color accuracy is fantastic, as is the Movie mode, both of which have become consistent successes for high-end Canon PowerShots.

But all the bells and whistles mean nothing if image quality isn’t there. Fortunately, it is much better on the PowerShot G9 than it was in the PowerShot G7. So much so that we’d recommend against buying a PowerShot G7 on closeout prices. Instead, spend the extra cash for the PowerShot G9. Our Certified Test results show marked improvements in noise, especially at low and middle ISOs, and with Adaptive Noise cranked way up.

The Canon PowerShot G9 is a solid enthusiast camera for those who want something compact to complement a dSLR.

Comparison with Powershot G7 at Strobist

First off, consider going to your local camera store (and I don’t necessarily mean Wolf Camera at the mall). By going to your local camera store, you’re supporting your community and you just might build a lasting relationship with people you can rely on when you need some help or answers. If you’re buying online, I recommend sticking with Amazon, B&H Photo or Adorama. These three vendors are reliable, trustworthy and generally have the best (legitimate) prices. Additionally, purchasing your camera through these links helps support this site.

LAKE SUCCESS, N.Y., August 20, 2007 – Canon U.S.A., Inc. announced today that its acclaimed G-series has a new top-of-the line model – the PowerShot G9 digital camera. The PowerShot G9 digital camera offers serious shooters and value-minded professionals a feature-packed camera with many of the advanced photographic capabilities of a high-end Digital SLR camera, in a lightweight, compact package at an affordable price.The PowerShot G9 digital camera features the same matte black, retro-hip design that G-series fans have come to appreciate, with a simplified control layout that is versatile yet easy to understand. This camera is loaded with Canon’s latest and most advanced technologies, while raising the bar with the addition of RAW Mode, usually reserved for larger and more expensive SLR cameras. Advanced photographers also have the option of using RAW+JPEG simultaneous capture functionality, giving photographers the best of both worlds – JPEGs for immediate use and RAW images for faithful image reproduction, and extensive, non-destructive image editing capability.The PowerShot G9 digital camera features class-leading 12.1-megapixel resolution for stunning, deeply detailed images that allow enlargements up to poster size with cropping. A 6x optical zoom lens brings the photographer right into the action, and by incorporating Canon’s Optical Image Stabilizer (OIS), excellent-quality images are assured in situations prone to camera shake and image blurring. So, whether you are shooting outdoors at dusk or inside without a flash, camera shake is detected and effectively canceled. Photographers will find it quick and easy to review and compare photos for printing with Canon’s Image Inspection Tool. And, because Image Inspection is now linked with Advanced Face Detection technology, they can save considerable time while reviewing, because the main subject is automatically detected and enlarged, eliminating the need to zoom and scroll manually, while at the same time making it simple to determine if facial expressions are pleasing before moving on to the next photo.More…”The PowerShot G9 digital camera brings our highest levels of performance and usability to the G-series,” said Yuichi Ishizuka, senior vice president and general manager, Consumer Imaging Group, Canon U.S.A. “By combining RAW Mode with our other key technologies in this camera, we’re providing a high-performing and affordable option to advanced photo enthusiasts who want the creative power of a Digital SLR in a smaller body form.”

True to Canon’s industry leadership position, the PowerShot G9 digital camera gives consumers interested in the ease of a compact camera many of the technological advancements that are the result of Canon’s 70-year heritage as an imaging innovator, differentiating it from competitive products.

With Canon’s new Genuine Face Detection technology, the camera can detect, lock-on and track up to nine forward-looking human faces in a scene. The Face Detection algorithm automatically prioritizes and selects faces and not simply the closest object (based on Canon’s Intelligent Scene Analysis/iSAPS technology). It will then optimize the focus, exposure and flash to ensure the best possible results. Using Canon’s Face Detection, photographers can keep up to nine faces in focus at any one time no matter where they are within the image. The PowerShot G9 camera also introduces an exclusive new function called Face Select and Track. With this feature, when multiple faces are detected, photographers can select any individual face they want the camera to specifically track and be a primary focus. This feature is ideal for many shooting situations such as birthday parties or graduation ceremonies, where many people are present, but the photographer is primarily interested in just one of them. Working in concert with Face Detection, the G9’s “Red-Eye Correction” feature helps to detect and correct red-eye during playback mode. Images can be corrected automatically or manually while viewing photos on the LCD screen. All in all, Canon’s new Face Detection Technology makes for even easier picture-taking moments, helping users ensure in-focus smiles, and assisting in the elimination of over-exposed faces.

The steady effectiveness is further enhanced when paired with the new “Auto ISO Shift” feature which, at the touch of a button, can automatically increase the ISO speed setting as required to maintain fast shutter speeds when shooting in low light conditions without a flash.

As an added convenience, Canon PowerShot digital cameras also accommodate MultiMedia MMC memory cards, as well as standard SD memory cards and the new, high-capacity SDHC memory cards. This way, consumers do not have to carry around multiple memory cards in order to be able to continue to save those special moments during extended vacations or high-photo-taking adventures. Canon PowerShot owners can travel in sleek style.

In stores in October, the PowerShot G9 camera kit includes a lithium-ion rechargeable battery and battery charger, a 32MB MMC plus memory card, a USB interface cable, an AV cable, a neck strap, and Canon’s software suite at an estimated selling price of $499.99*.