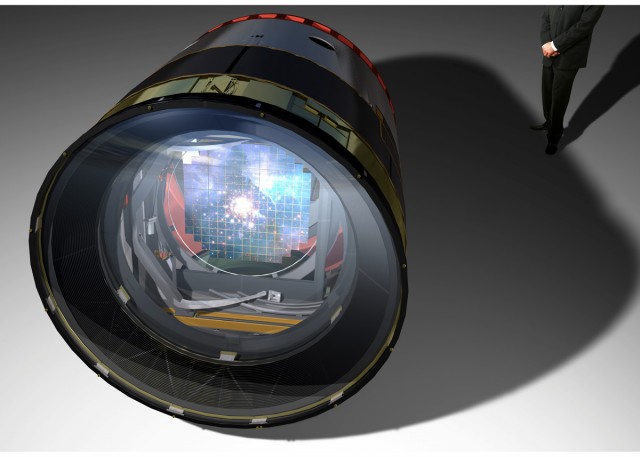 SLAC National Accelerator Laboratory has designed a 3.2 BILLION pixel camera that it hopes to build in order to “capture the widest, fastest and deepest view of the night sky ever observed.”  The above rendering of the Large Synoptic Survey Telescope (LSST) shows just how big this 3 ton camera will be next to a person. END_OF_DOCUMENT_TOKEN_TO_BE_REPLACED

Photographer Alfred Zhao captured this 272 gigapixel image of the Shanghai skyline using the GigaPan EPIC Pro and a Canon 7D with a 400mm f/5.6 lens and 2x teleconverter attached.  He was setup and started shooting at around 8:30am and after 12,000 images were in the bag, it was just before dusk.  It took months to complete image and get the final 1.09TB file uploaded.

But now it’s done and Zhao holds a world record for the largest digital photo.  There’s no time to rest though, as Zhao says, “This is not the end of my panorama journey, it is a new start, challenging the limit is an infinite process. New records will appear in the future, it is only a matter of time.”

Full details in the press release below. END_OF_DOCUMENT_TOKEN_TO_BE_REPLACED