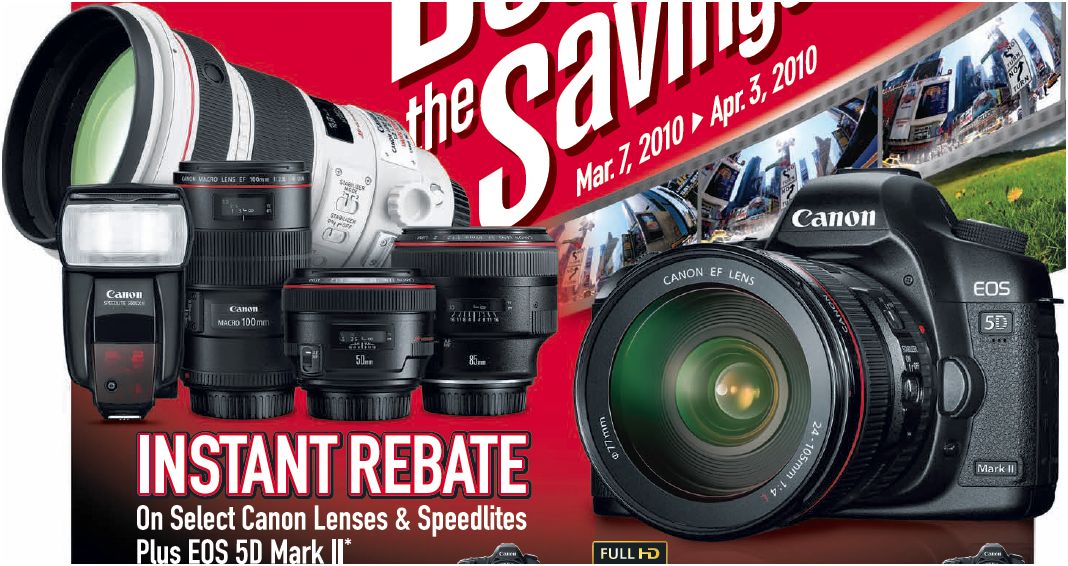 The Canon Spring 2010 Instant Rebate program is in effect from March 7, 2010 through April 3, 2010 with some killer deals that include the Canon 7D, along with several lenses and flashes, which are doubled amounts for 5D Mark II purchasers.

If you’ve been waiting for the right time to buy a Canon 7D or 5D Mark II, now is that time. END_OF_DOCUMENT_TOKEN_TO_BE_REPLACED