DxO Labs has announced the availability of DxO Optics Pro v6.5.4, which adds RAW image processing support for the Olympus E-PL2, Panasonic LX5 and Sony A580.  Additionally, the new version adds 69 new optics modules for a number of other camera models.

The Panasonic Lumix LX5 is a 10.1MP advanced point and shoot camera.  It features a bright f/2.0 max aperture lens with a 3.8x optical zoom (24-90mm equivalent).  The LX5 also captures HD video in AVCHD Lite format and offers a 3-inch, 460k-dot resolution LCD.  The LX5 serves as a follow-up to the highly regarded LX3 model.

END_OF_DOCUMENT_TOKEN_TO_BE_REPLACED

Although Panasonic has not yet released a press statement concerning the LX5, the new camera has been displayed on Panasonic’s website with complete specifications. END_OF_DOCUMENT_TOKEN_TO_BE_REPLACED 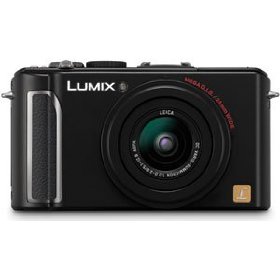 So, it certainly makes sense to hear about rumors of a replacement for the LX3.  And signs point to a successor named the Panasonic LX5. END_OF_DOCUMENT_TOKEN_TO_BE_REPLACED