I’ve been a fan of MOO’s business cards and other printable products for years. Now, the company has stepped up the business card game with the introduction of its new Business Cards+ product line that features an embedded NFC chip. END_OF_DOCUMENT_TOKEN_TO_BE_REPLACED

Recently, Canon announced (again) that it is developing a photo storage device called the Cross Media Station. The details are slim – only stating that it will use NFC technology to store photo and video files from Canon cameras and those files will be viewable on a TV.

It is stated to have networking capabilities as well, but again, details are slim.

In fact, details were more prominent when Canon announced its Cross Media Station in 2010 at the Canon Expo in Paris, which was virtually the same concept.

I have so many more questions than I do answers about this device. If the implementation of the device is anything like the product Canon has been working on since 2010, it probably needs to die.

People want to connect with their cameras to smartphones, not televisions . . . and that smartphone connectivity still needs to be polished instead of creating a TV box to manage (using a clunky remote) the vast quantity of photos and videos we shoot.

Nothing in Canon’s press release, which you can read below, gives me confidence that this will be a product that I would want to own. END_OF_DOCUMENT_TOKEN_TO_BE_REPLACED 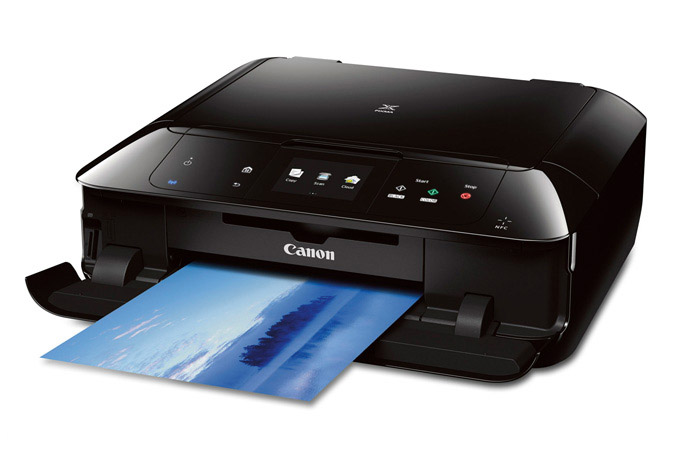 The top-end MG7520 offers a 3.5″ LCD touchscreen and includes Active NFC, which allows users with compatible Android devices to print by touching the device to the printer. The MG6620 offers Passive NFC that allows similar functionality if the device is connected to the same network as the printer.