DxO Optics Pro v7.5.5 has been released and adds support for the following cameras:

Additionally, there are nearly 400 new camera/lens combinations added to the the library. Note that 1D X and D600 support are only available in the DxO Optics Pro Elite edition. 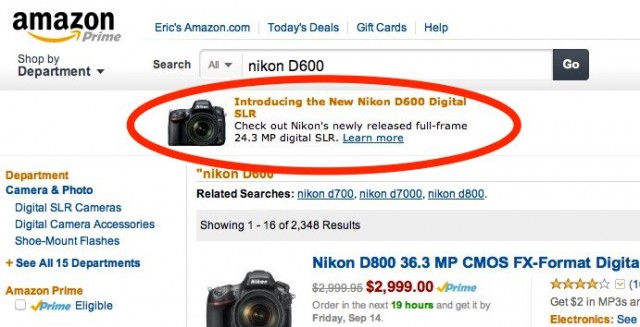 Here’s a quick little tease to tide you over until the Nikon D600 launches in a little while.  Amazon has a promo for the Nikon D600 in the search results for the D600.

While the official page isn’t active yet, it’s clear that the D600 will be here shortly. 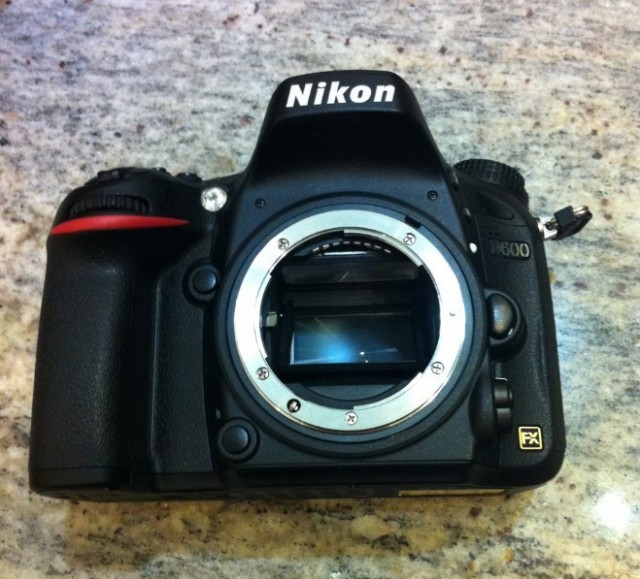 A forum poster at DPR passed along word that they received an invite for a Nikon product launch in Dubai on September 13.  The teaser from Nikon reads, “Nikon is delighted to invite you to a showcase event celebrating the launch of the latest additions to its DSLR range.”

Sounds like the oft-rumored, 24MP full frame Nikon D600 could be launching next week as an entry-level alternative to the D800.  And if the sub-$2000 price point becomes a reality, there could be a lot of happy Nikonians this holiday season.

All the recent leaks and rumores for the Nikon D600 are pointing to an almost certain release of the full frame DSLR prior to Photokina 2012.  That is, expect it sometime in the next couple of weeks.

Additionally, some new specs have leaked out on the D600 that add even more excitement to the upcoming full frame little brother to the D800. END_OF_DOCUMENT_TOKEN_TO_BE_REPLACED 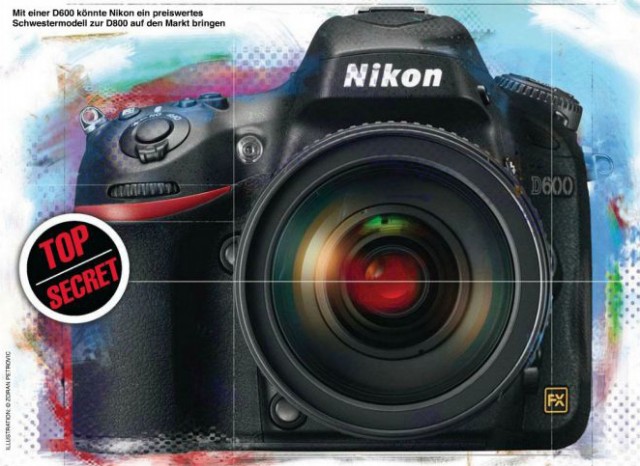 Rumors of the Nikon D600 have really been heating up over the past several weeks in the lead up to Photokina 2012.  We’ve already seen leaked images of the D600.  And rumored specs indicate that the D600 will be a 24MP full frame camera.

The latest lot of size and feature comparisons suggest that the D600 will be more akin to the D7000 in size and ergonomics even though it will borrow feature upgrades from the D800 as the junior full frame DLSR in Nikon’s lineup. END_OF_DOCUMENT_TOKEN_TO_BE_REPLACED

The Nikon D600 may be the camera that a lot of prosumer shooters have been waiting for . . . that is, if rumors of its specs and price point turn out to be true.  Nikon Rumors has posted rumored specifications of a 24MP full frame D600 set to be released later this summer (pre-Photokina, which is in September).

The big kicker though is a price point that is rumored to be as low as $1500 (half the price Nikon D800).  This would open up full frame cameras to a whole new market.

Hot on the heels of a Nikon D400 rumor, Nikon Rumors is at it again with new rumors of a cheaper full-frame model, dubbed the Nikon D600, which would serve in a complementary role the D800 (and perhaps replace the now-lower-priced D700) .  Rumored specifications include a 24MP CMOS sensor, no internal AF motor (akin to entry-level APS-C cameras), and a price point around $1500.

Other rumored specs include:

The camera is alleged to make an appearance before Photokina 2012.