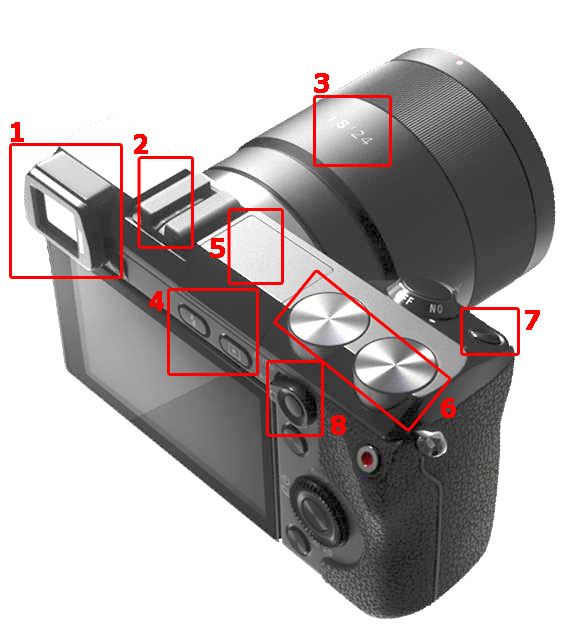 The above image is purported to be the new Sony NEX-7.  While it appears to be a fake based on the credibility of the source and evidence of image alteration, Sony could have a real gem on its hands if it did something along these lines in the upcoming prosumer NEX model – as a step-up from the NEX-5.

Running through the numbers highlighted above, significant features are:

The trademarked NEX mode wheel is on the back.  Additionally, there’s a dedicated record button within easy reach of the thumb, and the LCD appears to have a gap between it and the body, which would mean it’s an articulating display.

What would you think about these “features” if this is the NEX-7?  Would it be worth the rumored kit price of $1200?