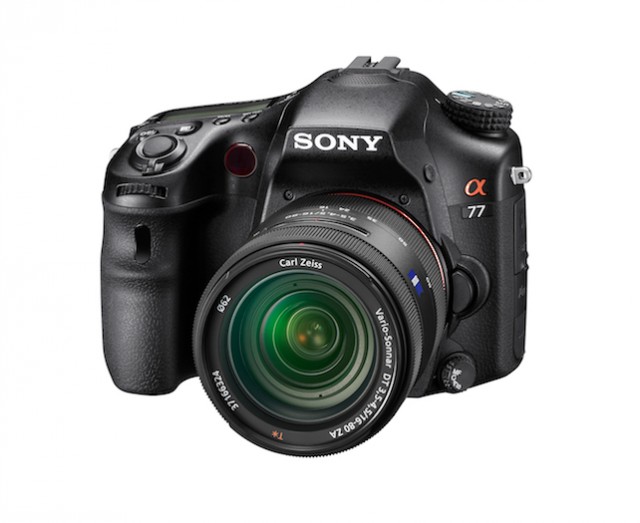 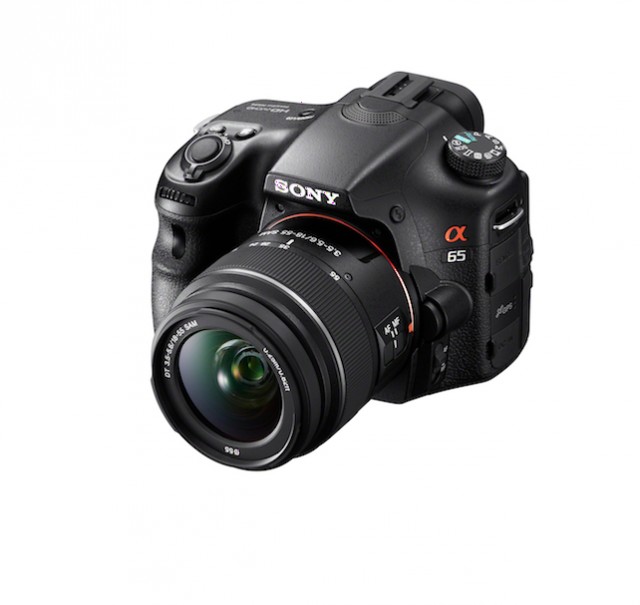 Check out the key specs and press release for these new cameras below. 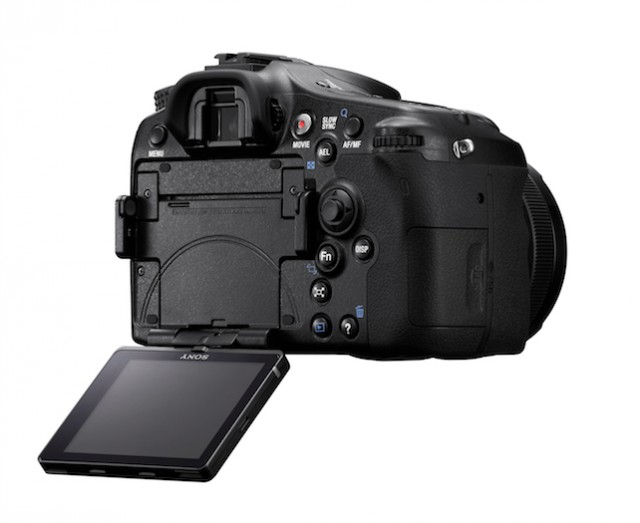 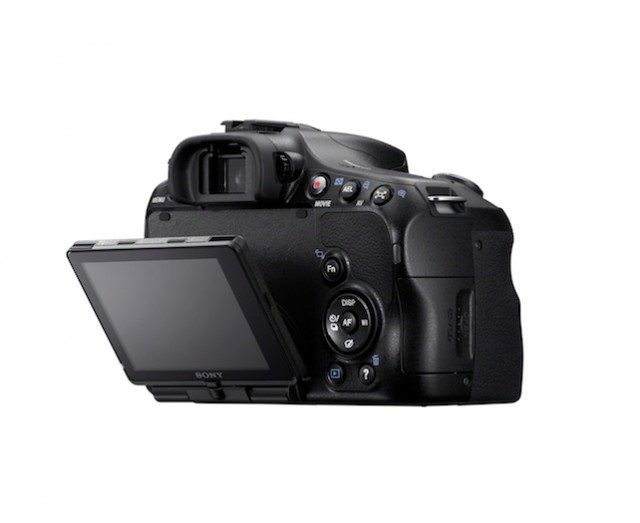 Sony A77 and A65 Availability

Sony A77 and A65 Press Release

Sony’s latest refinements to its Translucent Mirror Technology make these new cameras the fastest, most responsive interchangeable lens cameras in their class, as well as set new performance benchmarks that even professional DSLRs have yet to achieve.  The ?77 and ?65 both feature a newly developed Exmor™ APS HD CMOS sensor with 24.3 effective megapixel resolution, as well as the world’s first XGA OLED Tru-Finder™ viewfinder. The sensor teams with the next generation of Sony’s BIONZ® image processing engine to handle huge amounts of high speed data from the camera sensor, enabling unprecedented response times and flawless image quality with ultra-low noise when shooting still images or Full HD video.

“We feel that these cameras are not only a significant evolution of our breakthrough Translucent Mirror Technology,” said Mike Kahn, director of the alpha camera business group for Sony Electronics. “They’re also a revolution in terms of redefining how this unique technology can be put to use by enthusiasts.”

The much anticipated successor to Sony’s acclaimed ?700 DSLR, the ?77 boasts the world’s fastest continuous autofocus (AF) shooting performance (among DSLRs in Aug 2011), capturing a burst of full resolution, 24 megapixel images at 12 frames per second with full-time phase-detection AF. The ?65 achieves a similarly impressive 10fps shooting speed.

Precision AF tracking of moving subjects is more precise with the ?77 due to a new 19-point autofocus system with 11 cross sensors. The ?65 boasts 15-point AF with three cross sensors. Tracking Focus maintains accurate focus lock on a moving subject – even if the target is momentarily obscured.  Additionally, a new electronic front shutter curtain achieves a minimum release time lag of approximately 50 milliseconds, comparable to much more expensive professional-class DSLRs.

A broad sensitivity range of ISO 100-16000 expands (?77 only) down to ISO 50. At the highest sensitivities, both cameras can freeze fast action or capture atmospheric low-noise shots without flash. Low ISO settings are ideal when used with a long exposure to create expressive shots, such as splashing water.

Both cameras showcase a remarkably crisp OLED Tru-Finder™ viewfinder, the world’s first of its kind. With a 2359k dot (XGA) resolution, this precision electronic viewfinder offers a bright, highly detailed, high contrast image with 100 percent frame coverage and a wide field of view comparable to the most advanced class optical viewfinders.

However, unlike optical viewfinders, users have expansive customization capabilities through the XGA OLED Tru-Finder™ viewfinder and can preview the effects of adjusting exposure, white balance and other settings in real-time. Photographers can also make fine focus adjustments via a zoomed-in portion of the image.

The Smart Teleconverter displays an enlarged central portion of the image sensor, allowing compositions to be displayed clearly on the OLED viewfinder and captured as 12 megapixel images with a digital zoom factor of 1.4x or 2x.

Shooters can compose and review stills and video on the adjustable-angle three-inch Xtra Fine LCD™ display that offers high resolution (921k dot) and TruBlack™ technology for superb detail and contrast. As an extra refinement, the ?77 introduces the world’s first three-way adjustable screen that tilts and pivots freely for effortless framing at any angle (?65: two-way adjust LCD).

Revised ergonomics on both cameras include a comfortably contoured new grip design and tactile new button layout for ‘eyes off’ operation while viewing via the high-resolution XGA OLED Tru-Finder™ viewfinder.

The ?77 adds front and rear control dials for intuitive fingertip operation and a separate top-mounted LCD data display. The durable body features magnesium alloy panels for strength and lightness. Key controls are sealed against the effects of dust and moisture, complementing similar levels of protection offered by the new SAL1650 lens, VG-C77AM Vertical Grip for ?77 and HVL-F43AM flash unit.

A new shutter unit on the ?77 is tested up to 150,000 cycles and supports an ultra-fast minimum 1/8000 sec shutter speed (1/250 sec flash sync). On-board GPS allows automatic geo-tagging of photos and video clips with location data.

The new ?77 is compatible with Sony’s Memory Stick PRO-HG™ DUO HX series as well as Sony’s full line of SD memory cards.  Available in capacities up to 32 GB, both media enable necessary transfer speeds for stable and optimal performance of Sony’s hardware features, such as full HD movie shooting.

The new VG-C77AM vertical grip, designed for the ?77 camera, will be available in October for about $300.

Both the ?77 and ?65 cameras kits and the new SAL1650 lens will be available this October at Sony retail stores (www.store.sony.com) as well as other authorized retailers throughout the Sony dealer network.