While there currently may not be any DSLRs that can take full advantage of the 90MB/s write speed (not sure about the new Sony A77), expect that to change as more manufacturers add UHS-I support.  Those who will see the biggest benefit from these cards are those who shoot tons of video.  The 95MB/s read speed will allow you to more quickly transfer those packed full SD cards using SanDisk’s new USB 3.0 All-in-One card reader announced alongside the new 64GB Extreme Pro SDXC card. 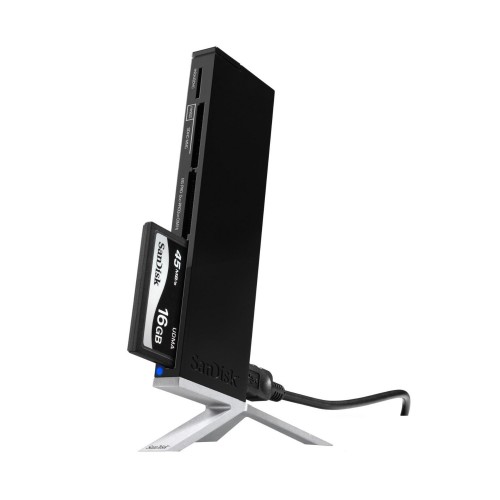 While SanDisk has the new 64GB card priced at $499 on its website, expect that price to go down to something more reasonable soon.  For the sake of reference, the 32GB version is currently $129 at B&H Photo.

If you want to read more about UHS and other SD card acronyms and speed ratings, check out my prior post on Demystifying SD Cards.