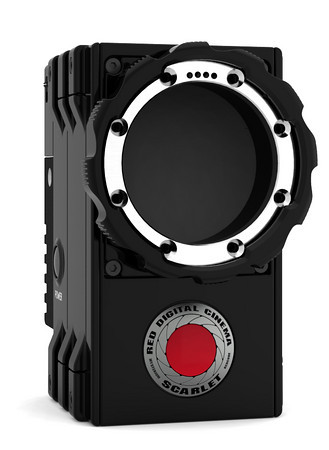 It’s no secret that Canon is announcing something big on November 3.  That “something” is expected to be some kind of pro-level cinema camera.  Of course, we won’t know for sure until Nov. 3.

However, RED apparently knows enough to go head-to-head with Canon’s announcement.  Jarred Land (aka Fire Chief at RED) posted news yesterday that RED’s Scarlet will ship before the end of the year.  The RED faithful then exploded with follow-up posts seeking more details.

Land answered with a post stating, “Details will come. Just not yet. We are very conscious of our competition,” which stirred the pot even more.

In response to another forum member’s statement that they didn’t really know what Scarlet meant at this point, Land said, “Nov. 3rd.. :)”

The RED vs. Canon debate grew exponentially at that point until some questioned whether RED was selling the Scarlet to Canon, or whether RED was really going head-to-head with Canon on Canon’s big date.

Jim Jannard then responded, “Head to head…”  And later, “Canon announces… we announce. The best one wins.”

Then the taunting started with Jarred Land stating, “We like to bring Bazookas to knife fights.”

For those unfamiliar, the RED Scarlet is essentially the junior version of the RED Epic, which sports an S35 sensor (close to APS-C sized).  When it was first announced, the Scarlet was supposed to be available with an S35 sensor (dubbed the Scarlet S35).  Those plans were altered when RED announced it was renaming the Scarlet S35 as the Epic Light.

Now, the Scarlet model(s) appear that they will only sport a smaller, 2/3″ image sensor more akin to a camcorder and, thus, lacks the ability to get that cinematic-looking depth of field.  Additionally, the lens mount options have been reduced and, currently, the only announced plans are to make it available with a fixed 8x zoom lens.

I suspect that Jannard and Co. have something special planned for the rest of their announcement on November 3.

Whatever the case, November 3 is going to be an interesting day for cinematographers.  Stay tuned for the latest.