As digital imaging patents go, this is a relatively mundane patent that appears to have ended up in the hands of a patent troll.

In February 2019, Huawei assigned the patent to the notorious patent troll, IP Edge, LLC, based in Houston, Texas.

POLITICO Datapoint identified IP Edge as the top patent troll in 2016, noting “IP Edge and its many affiliates targeted more than 400 defendants in 33 patent litigation campaigns, accounting for 14 percent of all NPE litigation. Non-practicing entities, such as IP Edge and Leigh M. Rothschild, routinely add hundreds of defendants to a campaign as part of their strategy to simultaneously claim patent infringement against multiple companies. An NPE is any patent holder that does not actively manufacture a product or provide services related to the patent. ” 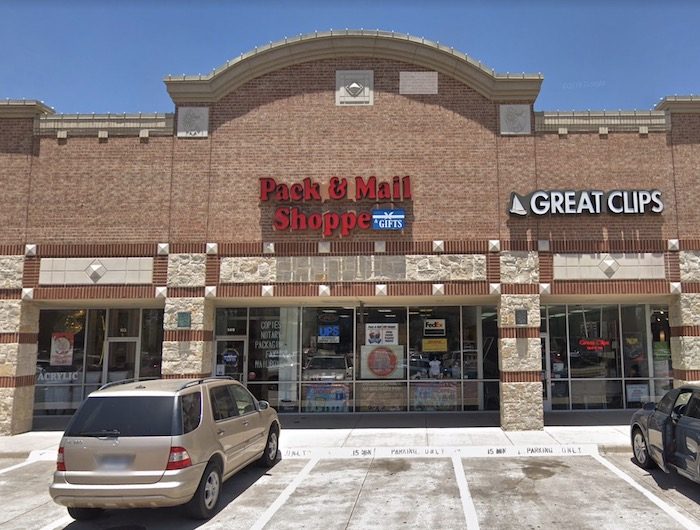 This thriving tech company and patent titan’s home office is a mailbox that it rents for $20 per month.

Theta Chip appears to have no other presence online and no attachment to any actual electronic products other than this patent and one other former Panasonic patent (US Patent No. 7,271,930 also assigned by IP Edge, LLC) for printing images from a camera.

In the lawsuits, Theta Chip alleges the following infringement for essentially every camera manufacturer:

Nikon has been and continues to directly infringe one or more claims of the ‘356 Patent in at least this District by making, using, offering to sell, selling and/or importing, without limitation, at least Nikon Coolpix S800c Camera (“Exemplary Nikon Products”) that infringe at least exemplary claims 10-11, 13, 17-18 of the ‘356 Patent (the “Exemplary ‘356 Patent Claims”) literally or by the doctrine of equivalence. On information and belief, numerous other devices that infringe the claims of the Patent-in-Suit have been made, used, sold, imported, and offered for sale by Nikon and/or its customers.

Each lawsuit attaches an exhibit wherein Theta Chip highlights the patent claims in relation to website printouts or product manuals for the various reference products. 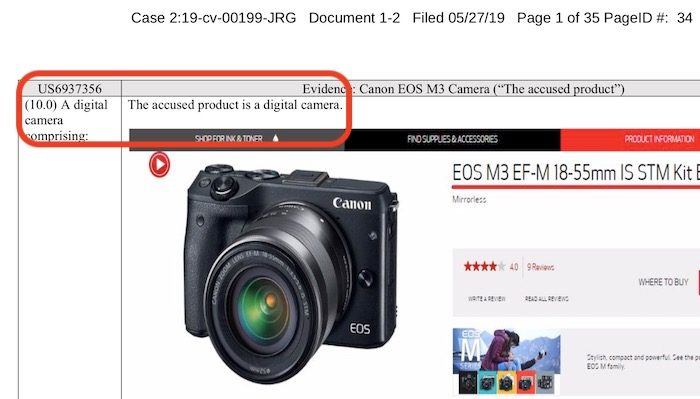 The accused product is a digital camera…

The referenced product for each of the manufacturers is as follows:

If this is the result of the first two days Theta Chip owned these patents, I suspect this won’t be the last we hear from Theta Chip, LLC either.