Several rumors have been circulating over the past several weeks that Canon will release a video-capable DSLR near Photokina.  RED recently let us in on its development plans for a DSLR replacement camera.

While (insert code name) is not a replacement for Epic or Scarlet, it is strategically targeted at the DSLR space. As Nikon and Canon release their 720P and 1080P, respectively, DSLRs with video capture… RED has a more advanced view of the future. We look forward to rapidly pushing the “big guys” along in feature sets and capabilities.

We know the Nikon D90 shoots HD video at 720P.  Either RED is speculating or they know something we don’t about Canon; however, that’s pretty specific points to “speculate” about.  Sounds like somebody knows something to me.

Will the 5D Mark II be the Canon camera with 1080P video capture?

An industrious forum poster over at DVX User dreamed up a little DIY project that will make you go “hmm”.

Depending on the capabilities of the Canon 50D HDMI output, this may or may not be possible; however, here’s his thoughts on the above mockup:

This guy thinks we might be able to use the increased resolution of the Canon 50D along with the HDMI output to do some fancy HD video.  (Sample video after the jump.) END_OF_DOCUMENT_TOKEN_TO_BE_REPLACED 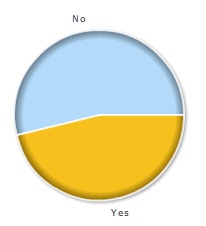 Last week’s poll asked whether you wanted to see a movie mode in your DSLR.  The results from the 211 votes (not quite as passionate as the nearly 2000 votes we saw on the New DSLR poll) were pretty even, with the anti-movie mode crowd edging the proponents out by a hair.

Additional commentary is certainly welcomed if you didn’t get a chance to vote.  Just drop a line in the comment field below.