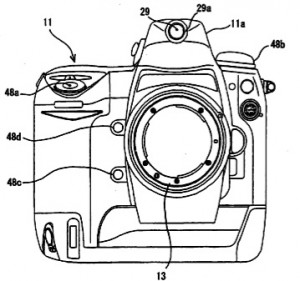 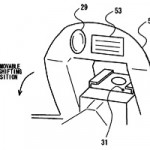 The technological advancements found in the D3 and D300 have pushed Nikon to the forefront of the DSLR market.  According to recently published patent applications, Nikon may have something special up its sleeve for its next generation of DSLRs. END_OF_DOCUMENT_TOKEN_TO_BE_REPLACED

The rumor mill is starting to firm up a bit for the fall line up. On the Canon end of things, we’re seeing the 5D Mark II as a solid front runner for release, as well as a possible update to the 1D Mark III with a Canon 1D Mark IIIn or Mark IV. On the Nikon side of the coin, we’ve seen a load of rumors point toward a Nikon D90 and D3X, with the D90 being a follow up to the D80 and the D3X a an all-but-confirmed 24 megapixel full frame flagship camera.

Recent days, however, have seen rumors surface of a Nikon D10. Thom Hogan, who (as I’ve quoted before) has a good ear to the ground for Nikon gear, has eluded to the possibility of a mid-grade full frame Nikon D10 coming as well. Of course, this is still in rumor mode; however, the D10 would be positioned in Nikon’s lineup at a spot above the D300 and below the D3. The D10 would compete more directly with Canon’s 5D (and, perhaps, 5D Mark II).

The best that I can tell, the clues go back to Nikon’s release of the MB-10 vertical grip for the Nikon D300.  If you recall, a similar thing happened with Sony when they announced the vertical grip (the VG-B30AM) with the A200 DSLR at CES, which led everyone to suspect a A300 in the works (and we saw it and the A350 appear at PMA).

Prior to the D300, all add-on vertical grips were named for the body on which they would mount (e.g. MB-D200 was for the D200). When Nikon announced the D300, one of my first questions was why is the vertical grip called the MB-D10? I’ve NEVER known Nikon to deviate from their naming policies, so I asked them where the D10 was. (via)

Responding to claims that he has no inside knowledge of Nikon’s R&D:

. . . . Actually, quite a bit of what I’ve posted in the past has come from within Nikon. The problem is that Nikon, like most companies, has multiple things going on simultaneously and the actual products that make it to market are a subset of what is tested. There were so many prototypes in the D3 process, for instance, that it became increasingly unclear what was going on and what the final product might look like. . . .

. . . the MB-D10 is an interesting clue. Nikon hasn’t really deviated in naming for some time, so this was a real puzzler. As for how long it might have taken for a D10 to appear, I think Canon’s long delay in introducing a 5DII and Sony’s delay in the A900 are probably part of the reason. Perhaps they were prepared to go one way (D3 sensor) if they had to move faster, another (the rumored 18mp sensor) if they had more time.

On the timing of releasing a new D10 or D3X:

*”Olympics”–the biggest gathering of pro photographers in one place this year, and a clear pro opportunity. Announce just before (July), provide loaners at the event would be the usual scenario.

*”Photokina”–not much after the Olympics, but the biggest gathering of photo retailers and decision influencers this year. If you haven’t announced by Photokina, you lose a great deal of press and retail leverage. (via)

So, is the Nikon D10 a sure thing?  No, we’re still in rumor and speculation world at this point.  Does Thom raise some interesting points about a potential Nikon D10 in the near future?  I think so.  We’ll see if these rumors bear fruit in the months ahead and keep the D10 on the Photokina watch list.

Photoxels has posted a review of the Nikon D300.

You get superb handling, exceptional performance, a large, bright and clear optical viewfinder, a body sealed against dust and mositure, and excellent image quality with low noise and preserved detail up to ISO 800. Noise that is present at higher ISOs is Luminance noise and gives pictures a film-like grain appearance.

Steve’s Digicams has posted a review of the Nikon D300.

Think Camera has posted a review of the Nikon D60.

Those looking to make a first class entry level DSLR purchase need only know that the Nikon D60 is an excellent choice – it’s small, light, affordable, easy to use and has enough solid and fun features to get any enthusiast going. Although current Nikon D40x users will probably not feel the need to upgrade, taken on its own merit, Nikon D60 is up there with the best entry level DSLR, if not the best.

For the latest news and reviews on the D60, check out Photography Bay’s Nikon D60 Reviews and Resources page.

Digital Camera Info has posted a review of the Nikon D300.

The autofocus system is straight off the pro Nikon D3 and is amazing. It has 51 points and is the fastest we’ve seen. The Nikon D300 is well suited for sports shooting with its 6 to 8 fps Burst mode (depending on whether the battery grip is attached), and quick predictive autofocus tracking.

Steve’s Digicams has posted a review of the Nikon D60.

The new Nikon D60 is quite impressive for an entry-level dSLR, offering superb performance, great image quality, and multiple exposure options. The 3fps continuous drive mode (or 3.5fps in our testing), Sensor Cleaning system and onboard HELP Menu are distinct improvements for this soon to be popular camera.

For the latest news and reviews on the D60, check out Photography Bay’s Nikon D60 Reviews and Resources page.

Yep. But I still hear this as being further out than the D3x.

As you may know, Thom seems to have his ear keenly to the ground regarding Nikon news, rumors and equipment developments.  I’m sure Nikon users would love to see a mid-range FF DSLR that’s in the same price range as the current Canon 5D.  We’ll keep you posted with the latest on this rumor and the Nikon D3X.

DP Review has finally posted a full review of the Nikon D3.  It received a “Highly Recommended” badged and earned significant praise for it’s high quality and level of performance.

From the almost twitchy responsiveness (brush the shutter and before you know it you’ve taken half a dozen shots) to the astounding image pipeline that can pull huge amounts of data off the sensor and process, buffer and write it to the card at up to 9 frames per second, to the fast, accurate focus, the D3 always seems to be one step ahead of you. 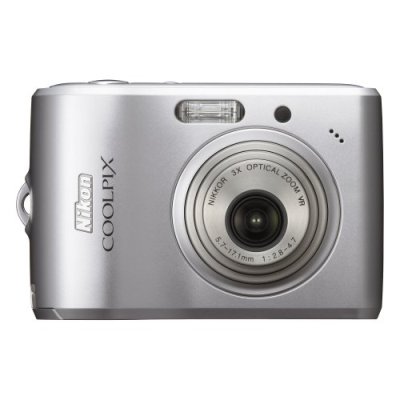 Imaging Resource recently posted a review of the Nikon L15.

Overall, the Nikon Coolpix L15 performed well in terms of exposure and color accuracy outdoors. However, detail definition and noise performance were disappointing when the camera needed to raise the ISO setting. Under brighter conditions, the Nikon L15 captured much better detail. You’ll get the best results when shooting in good lighting, but expect higher noise and noise suppression when shooting at lower light levels without the flash.