How many of you are asked regularly what camera you use? Because just anyone can buy a Canon 5D Mark IV from B&H Photo and shoot “professional” photos, right?

The guys from Mango Street Lab made the above video to prove the point. They brought their friend Justin, who’s not a pro photographer, in to use their Canon 5D Mark IV and Canon L lens to shoot a model in a studio setting. They shot the same model in the same space with a Canon Rebel T3i and a 18-55mm kit lens and the $200 40mm f/2.8 lens.

Justin did good but, as we saw, the basics in composition and perspective left a lot to be desired when you view his images next to the pro photographers’ shots. The pro shooters also did Justin a huge favor by providing him with great lighting, which is already setting up anyone with a “good” shot. I think if they put him outdoors in a more challenging lighting situation, we’d see even a bigger difference.

The point of the video is well taken though. Focus on your craft and then you will know what you really “need” to buy next. 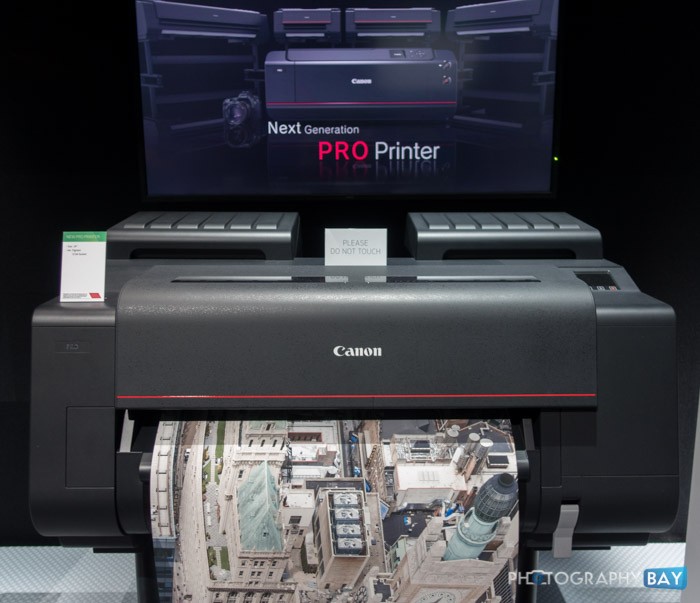 One of the things I haven’t passed along yet from the Canon Expo is the new line of PRO printers that Canon had on the expo floor. Canon featured new printers in a variety of sizes that make up the new line, including 60-inch, 44-inch, 24-inch (top image) and 17-inch printers. END_OF_DOCUMENT_TOKEN_TO_BE_REPLACED 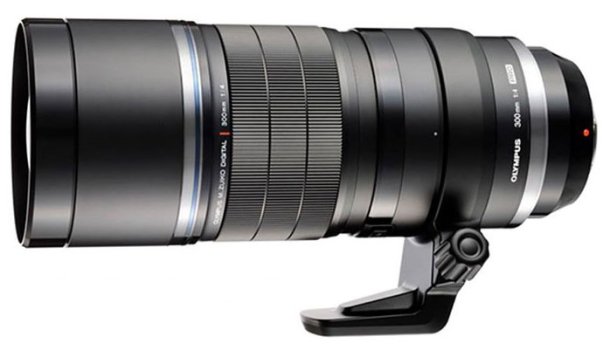 The new 7-14mm f/2.8 lens (14-28mm equivalent) is a weather-sealed lens that’s dustproof and splashproof designed with the ruggedness of the Olympus OM-D E-M1 and E-M5 in mind. The 300mm f/4 lens will yield a 600mm equivalent field of view with the Micro Four Thirds sensor of the E-M1 and other MFT cameras.

Both new lenses are scheduled to launch in 2015. No word yet on pricing.

The Casio EXILIM Pro EX-F1 has the world’s fastest burst shooting performance and incorporates a high speed CMOS sensor and a high speed LSI processor. With this model, Casio has achieved an ultra-high speed 60 frames per second (fps) burst rate for still images, together with 1,200 fps high speed movie recording that captures movement faster than the eye can see for ultra-slow motion replay. Moreover, the new model can record movies at full High-Definition.

The EXILIM Pro EX-F1 incorporates a new high speed CMOS sensor and high speed LSI processor. After building in 6.0 million effective pixels and a 12X optical zoom, the developers focused on achieving a burst shooting speed capability that was hitherto unheard of. Using the camera’s ultra-high speed burst shooting for still images or its high speed movie recording mode, users can capture a split second’s movement with greater detail than before, allowing them to catch each decisive moment, and even motion that the human eye cannot ordinarily perceive.

Casio’s Exilim EX-F1 is – no doubt – a very innovative camera that offers a true feat of engineering: Capturing up to 60 fullsize frames in the blink of an eye can deliver stunning pictures that would otherwise be impossible to take.

My recommendation therefore is that if you’re a photographic experimenter and have $1000 to burn, the Casio EX-F1 will be a very appealing toy for a few weeks or months. But for the rest of us, in the end it will be found to be neither fish nor fowl. But it’s a fascinating harbinger of what is to come.

It has several unique abilities which some users will find extremely useful, however it also has some problems. Its still image quality, while good, is no match for the best of the current high spec super-zooms, and its alarmingly high price will also discourage potential buyers.

The Casio EX-F1 is the hottest digital camera at CES. The 60 fps Burst mode is enough to make any photographer lust after this camera. And many consumers search for the perfect camera to carry in place of hauling around a digital camera and camcorder. The EX-F1 just might be that camera.

Don’t miss that crucial moment, Prerecord Still Images, using ultra-high speed burst function
Users can record images not just at the instant they press the shutter button, but before! Continuously recording at up to 60 images per second, a maximum of 60 images can be saved in the camera’s own buffer memory even before the shutter button is depressed. Even if users press the shutter a little late, they will still be able to catch that vital moment.

Slow Motion View function lets users view and capture that critical moment in slow motion during still photography
Users can take photographs while, in the monitor, the momentary action that is before their eyes is displayed in slow motion. It is just as if they have slowed down the passing of time. Users can unhurriedly observe the motion of the subject as they press the shutter, ensuring that they never miss that crucial moment.

High speed movie recording at up to 1,200 fps
The EXILIM Pro EX-F1 can record high speed movie footage of motion too fast for the human eye, for ultra slow motion playback. Users can select a recording speed of 300 fps, 600 fps or 1,200 fps. There is also a Movie Button that lets users quickly start movie recording without first switching from still image mode.