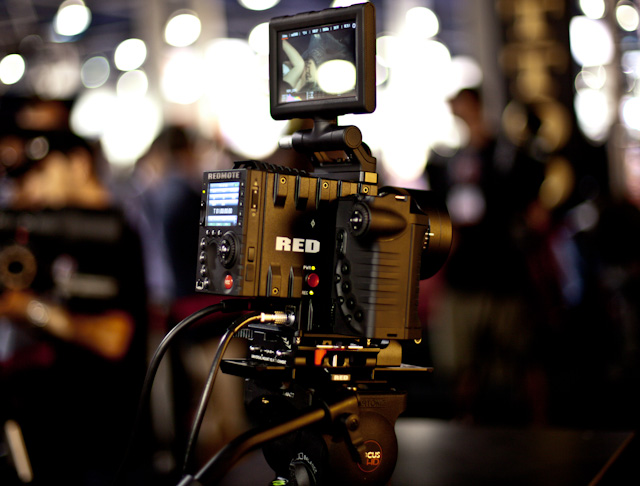 RED had a big tent/booth on the NAB showfloor.  While the company had no major announcements at the show, it was still there pimping its EPIC and Scarlet cameras in style.  The RED folks had a full-on tattoo parlor set up in the middle of the show floor (with people getting real tattoos) and used this scene to show off the low light and shallow DOF capabilities of its cameras.

Using the new HDRx feature in the EPIC, the camera makes the previously-impossible now possible.  The HDRx functionality works by recording two exposures and blending them together, which allows the camera to hold the highlight details in the clouds after emerging from the tunnel in the above video.  The exposures are captured simultaneously, with the underexposed frame recorded at a fraction of the shutter speed of the “normal” frame.  Not even film has this kind of latitude. 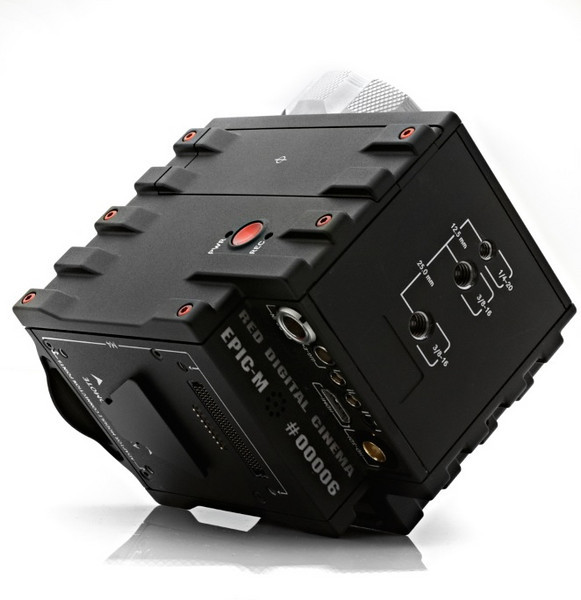 Jim Jannard dropped a random “update” post in RED’s news feed today.  In it, he spoke about the future of RED and the harsh criticism sometimes tossed at the company. END_OF_DOCUMENT_TOKEN_TO_BE_REPLACED

Remember when the first RED EPIC that shipped out to a customer a couple weeks ago?

Well, it was stolen.

Someone broke into Mark Pederson’s chalet while he was vacationing in France and stole the only EPIC-M that’s gone out the door to a customer.  Jim Jannard is offering $100,000 to the camera’s safe return and the conviction of the thieves. END_OF_DOCUMENT_TOKEN_TO_BE_REPLACED

As confirmed by a REDUser.net forum posting, the first of the RED EPIC models has left the building to Mark Pederson, of OffHollywood.

Pederson followed up the announcement with a “flashback to 2006” where he recounts his early involvement with RED before there was even a sensor for the RED ONE being produced. END_OF_DOCUMENT_TOKEN_TO_BE_REPLACED

No doubt the buzz about the RED Epic is building as it’s getting closer to launch.

Check out the below 2-part interview for some more in-depth answers about some features and functions of the RED Epic that you might not have known yet. END_OF_DOCUMENT_TOKEN_TO_BE_REPLACED

The RED Epic’s first foray beta test into the professional world is attached to a huge production.  The new Spider-Man reboot film is being shot with the RED Epic – in 3D. END_OF_DOCUMENT_TOKEN_TO_BE_REPLACED

Last week, RED’s Jim Jannard provided an update to the EPIC’s serious firmware “bug issues” that had adversely affected the production schedule of the ambitious RED ONE followup.  The bug has been killed and the production of the EPIC appears to be back on track. END_OF_DOCUMENT_TOKEN_TO_BE_REPLACED