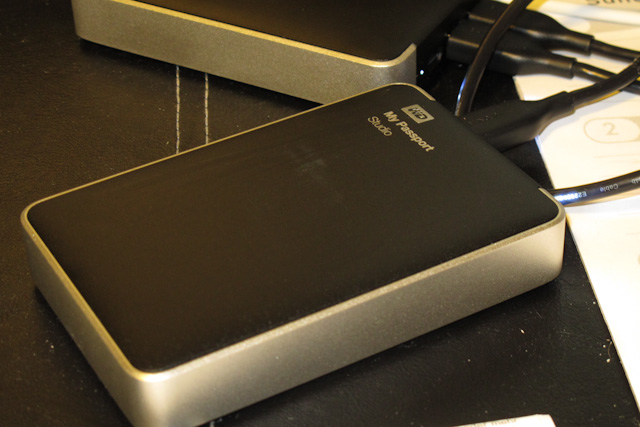 The latest bus-powered compact drives are available in capacities up to 2TB.  If there’s one thing that photo and video shooters can’t get enough of, it’s storage space for the growing file sizes we’re dealing with.

The new Western Digital My Passport Studio drives for Mac users sleek and compact (particularly when you consider we’re getting 2TB of storage).  WD recently sent me a pair of the new drives to try out.  The drive’s external shell is mix of silver and black aluminum, which goes along nicely with the current MacBook motif.

As with with recent iterations of Western Digital’s FireWire 800 drives, the new My Passport Studio drives sport dual FW800 ports, allowing you to daisy chain multiple devices and only use a single port on your computer. 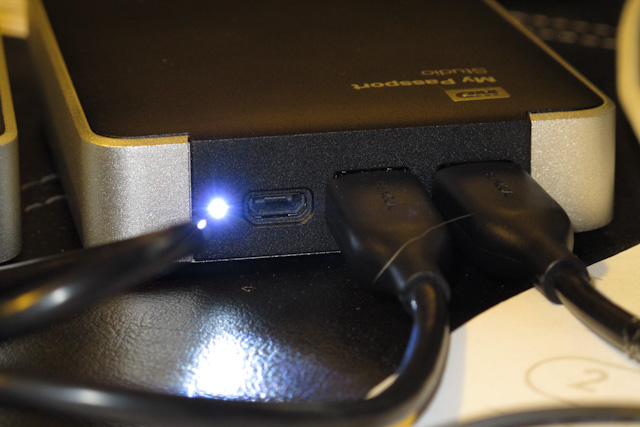 The dual port feature is an important one considering that the current MacBook Pros only offer a single FireWire 800 port.  As a result, daisy-chaining is the only option.  I’ve had up to 5 individual bus-powered drives daisy-chained at a single time.  Fortunately though, the increased capacity of smaller drives like the new My Passport Studio means that I can pack around a pair of 2TB drives and get a whole lot more mileage out of a smaller footprint in my bag and on my desk. 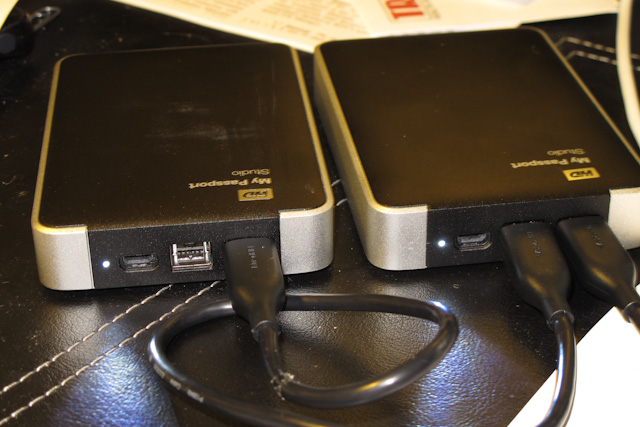 WD gets a lot of speed out of the 5400rpm drives inside this tiny chassis and gives the FireWire connection a pretty good push.  When I first plugged in the WD 2TB FireWire 800 drives, I was a little disappointed at what I saw with Blackmagic Disk Speed Test. 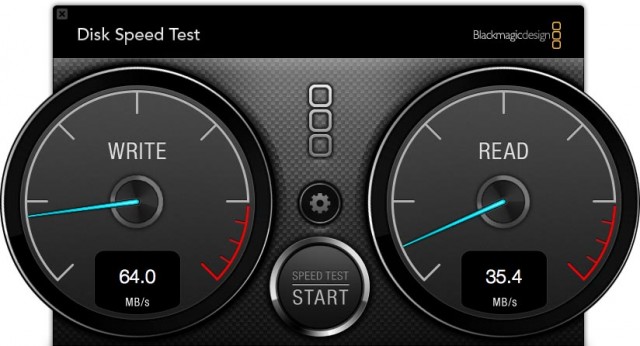 I was seeing a respectable 64MB/s write speed, but only a rather meager 35MB/s read speed. However, WD includes something called +TURBO drivers in a folder on the drive.  The manual was a little vague on what exactly these drivers do, other than saying it would increase performance. 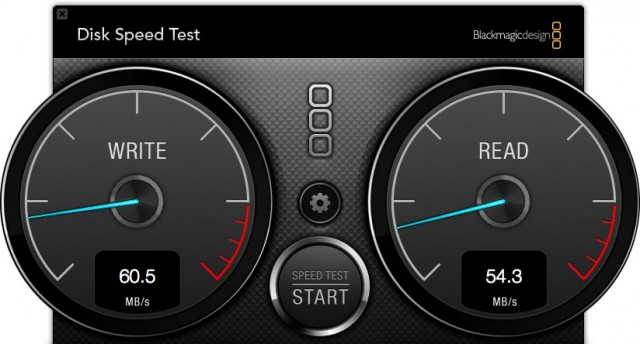 After installing the +TURBO drivers on my MacBook Pro, I saw the read speed jump to a more respectable 54MB/s, which is about as good as you can expect from a 5400rpm drive over FireWire 800. 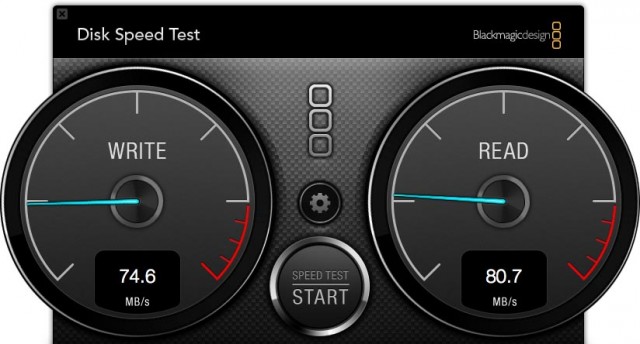 This particular G-Drive Mini is a 750GB drive spinning at 7200rpm and serves as my primary video-on-the-go asset drive.  When I need to dump and edit footage away from my office, it goes on the G-Drive Mini.  However, 750GB doesn’t last very long in video world.  And, with cameras like the Nikon D800 pumping out 36MP files, gigabytes are starting to go faster and faster in the photo world as well.

With the compressed HD footage and uncompressed SD footage that I’m generally working with, I don’t notice a real dip in performance between video editing with either drive.  Although, multi-cam editing will sneak up on the WD drives a little faster than the G-Drives.  That said, the size difference between the drives is a big factor when you’re trying to travel light.  As a result, I won’t hesitate to pack a pair of 2TB WD My Passport Studio drives over 3-4 G-Drives for extended trips where I’m working with photos or videos.

I’ve been working with a library with thousands of images in Lightroom with a WD drive for the past month or so.  I actually consolidated images from a couple of other drives (including one of the G-Drive Minis) in order to push it all on one drive.  The image editing and previews have been plenty fast for my needs.  And the convenience of having everything on a single drive that will (literally) fit in my pocket is all the more reason to dig these drives.

Until Thunderbolt becomes more portable and affordable, we’re going to have to stomach FW800 on the Mac (or, perhaps, we should keep our fingers crossed that USB 3 will, in fact, make it into the next Mac update).  For the time being though, the WD My Passport Studio 2TB drive is one of the best options available for physical size and storage capacity.