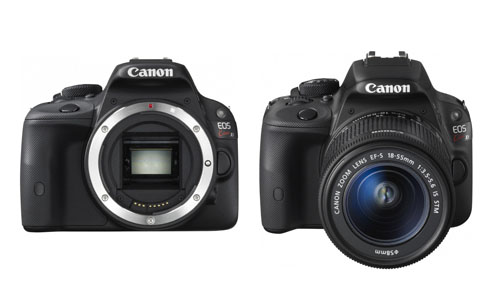 Canon should be announcing a pair of new entry-level DSLRs, a new 18-55mm kit lens with the new STM motor and several point and shoot cameras later tonight. Stay tuned for full press releases, specs and product photos around midnight or so tonight.

For right now, the complete list of new Canon gear is below.

I’m not sure what to make of the SL1, which was previously rumored as the EOS 100D (it should carry that name outside the US) and the EOS-b (a placeholder on Best Buy’s website). I don’t know if the SL1 is Canon in a way throwing its hands up at the EOS M, which has received a relatively poor critical response with regard to the sluggish AF performance, or if the SL1 has always been part of the plan to respond to the growing mirrorless camera market.

We are all still awaiting the follow-up to the EOS M in order to determine whether Canon is serious about playing in the mirrorless camera playground. The specs call for a “Movie Servo AF” on the SL1, which should give us some indication in whether Canon has made any progress in its contrast AF and any image sensor-based phase-detect AF points.