You know the end is coming when crap like this starts showing up online. We’ve had drones landing on the White House lawn, we’ve heard first hand reports of commercial pilots encountering drones on approach and now, we see the above video in which a reckless drone operator is intentially approaching a Frontier Airlines passenger jet.

The incident occurred near McCarran International Airport in Las Vegas. According to PetaPixel, “the video was originally posted to a Facebook group called ‘1% FPV’ by a ‘James Jayo Older’ with the caption: ‘Found the SD card.. 1%ers only.'”

Other than the obvious threat to the safety of the people on board the jet, this is terrible PR for an industry that is still finding its way through technological and regulatory hurdles. We’ve come so far in both areas over the past couple years. However, it just takes one major incident to crush the industry. With idiots like this flying drones, it seems almost inevitable.

While not quite as gruesome as it sounds, this video shows what could happen from a drone impacting humans in a sort of “worst case scenario” crash.

Below is the normal speed video that puts the super slow motion clip above in a little better context. END_OF_DOCUMENT_TOKEN_TO_BE_REPLACED

This crazy video from the World Cup in Italy shows a rather large drone crashing just behind a skier as he raced down the course. The drone is said to have been shooting video for the TV program and lost connection with the operator.

What an incredible close miss on this crash!

As Usain Bolt was taking a victory lap after winning yet another 200-meter race in Beijing, a cameraman on a Segway bumped the track fence, which caused him to lose control. Then, he spun into the fastest man alive and took him down. END_OF_DOCUMENT_TOKEN_TO_BE_REPLACED

If you’ve ever crashed a drone before, you know how sickening that can be as you walk toward the crash site. However, seeing an eagle attack a drone and knock it out of the sky has to be one of the most satisfying drone crashes I have ever seen.

As the drone operator points out, “This is the last thing a small bird sees when a Wedge-Tailed Eagle decides that you are dinner…”

The pilot notes that he hung around the crash area to observe that the eagle was fine after the attack. “[S]he was massive, and used  [her] talon’s to ‘punch’ the drone out of the sky.”

And a word of advice going forward:

“Do not fly drones near birds of prey, they clearly attack seeing you as a threat or the right sized dinner. This will cost you money and potentially harm to the bird. This one was fine.. the drone needed some attention before it could fly again.

If you see a bird of prey while flying. Land. I have added this to my operating procedure.” 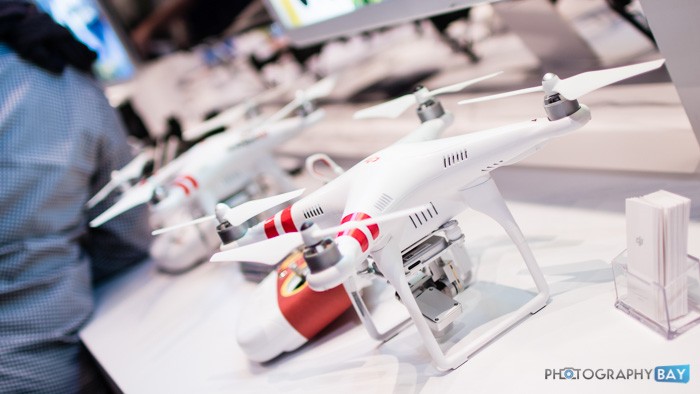 It is no secret that some users experience DJI Phantom flyaways, which in many cases is no apparent fault of the operator. Many Photography Bay forum users have recounted similar circumstances where that resulted in a lost or crashed Phantom as a result of a flyaway. END_OF_DOCUMENT_TOKEN_TO_BE_REPLACED 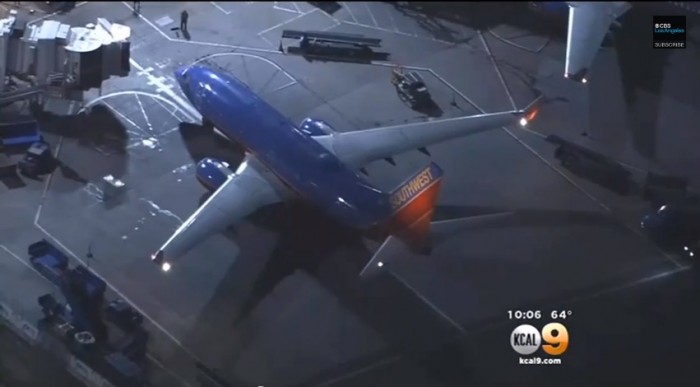 Earlier this week, a drone nearly collided with an in-bound LAX passenger jet at around 4000′ altitude as it made its approach to land. The pilot reported the near miss to the control tower, stating that “there was just one of those radio controlled helicopter things that went right over the top of us at 4,000.” END_OF_DOCUMENT_TOKEN_TO_BE_REPLACED 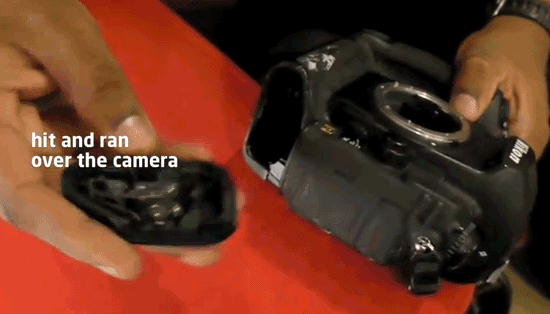 A photojournalist from Malaysia National News Agency was covering a cycling race from the back of a motorcycle when he dropped his Nikon D3s. The camera was then ploughed over by the race marshal’s vehicle. When he recovered the camera and applied some duct tape to the battery cover, he finished shooting the race with it. See the video below for his story about how the Nikon D3s saved his job. END_OF_DOCUMENT_TOKEN_TO_BE_REPLACED