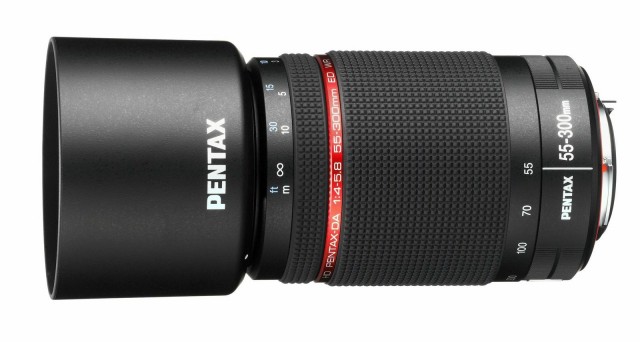 The VG-120 should be available this month at an initial retail price of $139.99.  Check availability on Amazon.com.

More details in the press release below. END_OF_DOCUMENT_TOKEN_TO_BE_REPLACED

The Sony Cyber-shot TX5 is a rugged, point and shoot camera that is touted as dustproof, waterproof, freezeproof and shockproof.  The TX5 features a 10.2MP Exmor R CMOS sensor for improved low light performance and noise control.  Additionally, the TX5 features a 4x optical zoom lens with image stabilization and can capture 720p HD video.

Like it’s more powerful sibling, the TX7, the Sony TX5 features a touchscreen LCD for quick and intuitive menu navigation.  The touchscreen LCD also allow you to tap the screen to select your focus point.

I really liked the TX5’s 3-inch touchscreen LCD.  There are some touchscreens that just down work on cameras – either in terms of input response or menu navigation.  The TX5, along with the pricier TX7, do touchscreens right. END_OF_DOCUMENT_TOKEN_TO_BE_REPLACED

The Canon Rebel T2i is an 18MP DSLR that follows up the popular Canon Rebel T1i.  The Canon Rebel T2i is geared toward entry-level shooters with a number of features and components that make it a very powerful camera suitable for serious shooters as well.  After spending a few hours with it, I wanted to provide my first impressions, along with some impromptu sample shots. END_OF_DOCUMENT_TOKEN_TO_BE_REPLACED

The Ricoh CX3 is a 10MP point and shoot camera with a back-illuminated CMOS sensor, a 10.7x optical zoom (28-300mm equivalent) and has the ability to capture HD video.  The CX3 should be available in February 2010 at an initial retail price of $399.99.

Ricoh today launched its latest model in the acclaimed CX series of digital compact cameras. With a pedigree of award-winning predecessors, the new CX3 features a host of innovative features, this time including a back-illuminated CMOS sensor to deliver a new level of detail in low light photography.

The essential difference between conventional sensors and the CX3’s improved CMOS sensor is its construction. Using a revolutionary structure to more efficiently capture light coming through the lens, this new sensor greatly increases sensitivity while also reducing noise. When combined with new noise-reducing technology borrowed from the Ricoh GR Digital III, the result is dramatic – beautiful images that have maintained their original resolution, tone characteristics and colour saturation, even at night.

While image quality has been addressed, Ricoh’s commitment to bringing professional photos within reach of the amateur continues with the CX3. A new “scene auto mode” has been added which identifies the image subject and automatically selects the most appropriate scene mode. Whether taking photographs of panoramic landscapes, portraits of the family, action shots at the tennis or getting up close with wildlife, the CX3 takes the guess work and hassle out of mode selection.

Ricoh has also made an effort to increase shooting options with the eagerly-anticipated addition of a 1280 x 720 pixel HD movie function. Adding to its cinematic appeal, the CX3 offers a number of aspect ratios including 16:9 which creates images in a size that delivers maximum impact on a wide-screen television.

Among the other key features, the popular dynamic range double shot mode has been further refined. Using this mode, the camera takes two images with different exposures almost simultaneously, then combines the best exposed parts of each image into a final recorded version. With the introduction of the CX3, photographers are now able to specify the tone range to be given priority – whether it be the highlights or the shadows. Five new settings have also been added to control the dynamic range expansion effect – choose ‘auto’ or four levels ranging from very weak to strong. In scenes which include mixed light, for example, a bright sunlit background with people in the shadowed foreground, images are faithfully recreated with the same detail seen by the naked eye.

The CX3 inherits the 10.7x (28-300 mm equivalent) optical wide-angle zoom lens from its predecessor which, when combined with super-fast continuous shooting speeds of 5 frames per second, user-friendly auto focus (AF) functions which automatically respond to subject movement and scene modes including ‘pets’, ‘high contrast black & white’ and ‘miniaturise’, the photo possibilities are endless.

Available from leading electronics retailers and camera specialists from February 19, the Ricoh CX3 features an inlay handgrip and is available in black, violet and two-tone grey-pink.

The Olympus SP-800UZ is a compact bridge camera that is situated between traditional point and shoot cameras and larger DSLRs.  The SP-800UZ features a 14MP sensor with sensor-shift image stabilization, a 30x optical zoom lens and the ability to capture 720p HD video.

The SP-800UZ should be available in March 2010.  Check availability on Amazon.com.

The SP-600UZ should be available in February 2010.  Check availability on Amazon.com.

More details in the press release below. END_OF_DOCUMENT_TOKEN_TO_BE_REPLACED

A little over a year ago, I reviewed the Flip MinoHD camcorder and gave it a glowing recommendation.  Since then, the MinoHD has been by my side for a ton of daily video clips.  I’ve recorded more video in the past year than I’ve recorded in the previous 5 years.  Why? Because it’s easy and the Flip MinoHD can fit in my pocket and, as a result, it’s always with me.

Now, it’s time to look at the latest and greatest with the Flip Video UltraHD.  The UltraHD is an incremental step up from the MinoHD in my opinion; however, those increments are worthwhile. END_OF_DOCUMENT_TOKEN_TO_BE_REPLACED