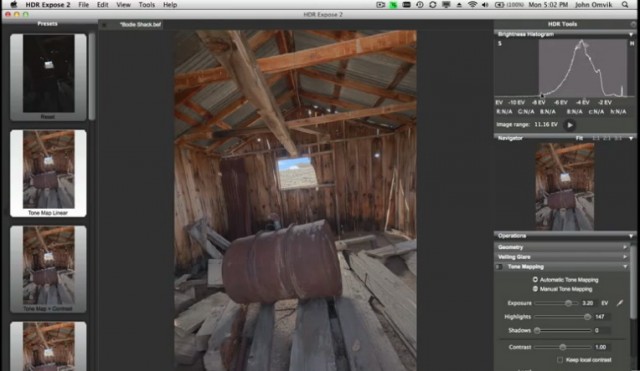 HDR Expose 2 is a new HDR program that leverages Unified Color’s Beyond RGB color technology.  There are a gaggle of HDR programs out there and most of them seem to do very similar things.  However, I had the chance to sit down for a walk-through of the pre-release version of HDR Expose 2 at PhotoPlus in October and was stoked at what I saw this program do.

Check out this intro video to the brightness histogram for a little taste of how HDR Expose 2 works. END_OF_DOCUMENT_TOKEN_TO_BE_REPLACED 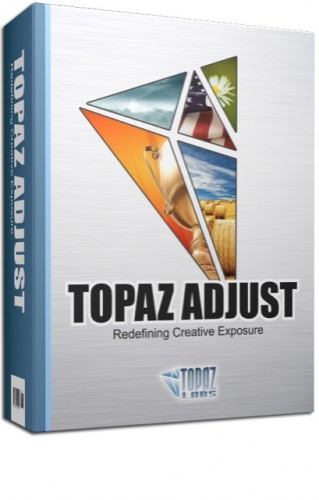 Topaz Labs has taken the wraps off of Adjust 5 this week.  There are a number of improvements to the new version, a few of which include: END_OF_DOCUMENT_TOKEN_TO_BE_REPLACED

This timelapse montage of some gorgeous landscapes from Dustin Farrell was shot with a Canon 5D Mark II in Arizona and Utah. Be sure to full-screen it on an HD monitor. END_OF_DOCUMENT_TOKEN_TO_BE_REPLACED 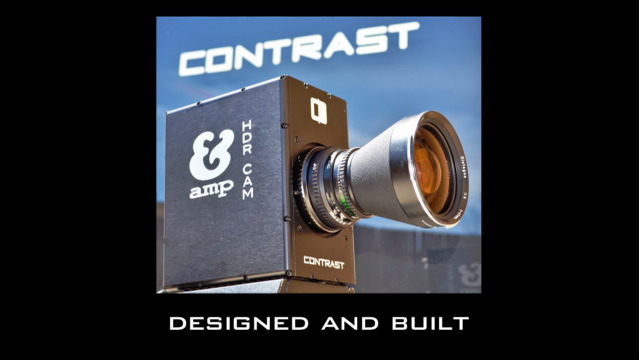 Check out the demo video below that shows off some of the footage and explains some of how the camera works. END_OF_DOCUMENT_TOKEN_TO_BE_REPLACED

Patrick Kizny shot this HDR sequence inside an 18th century chapel in Poland. Whether you like HDR or not, you have to appreciate the amount of work that went into this production – particularly, how smooth the slider shots were for the timelapse sequences.

He used a number of different cameras, but primarily relied on the 5D Mark II for the timelapse shots due to its high resolution.  If you are interested in more about how he made it, check out the behind the scenes video below.

A detailed description of the post-production timelapse HDR workflow can be found on the Looky Creative blog.

Using the new HDRx feature in the EPIC, the camera makes the previously-impossible now possible.  The HDRx functionality works by recording two exposures and blending them together, which allows the camera to hold the highlight details in the clouds after emerging from the tunnel in the above video.  The exposures are captured simultaneously, with the underexposed frame recorded at a fraction of the shutter speed of the “normal” frame.  Not even film has this kind of latitude. 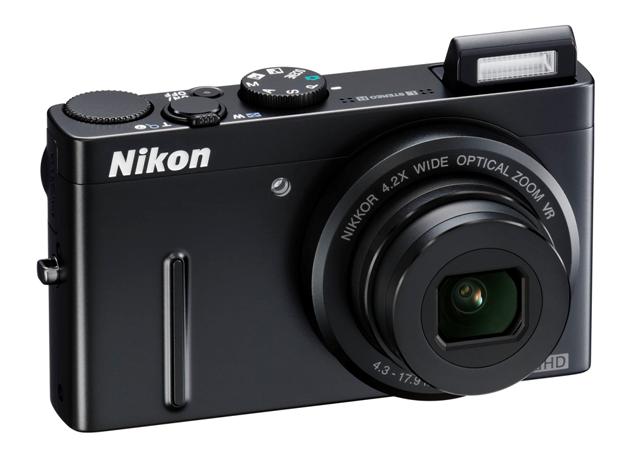 Like its superzoom sibling P500, the P300 can capture in-camera HDR images by combining multiple photos into a single photo.  The Coolpix P300 should be available in March for $329.95. Check availability on Amazon.com.

Nik Software’s HDR Efex Pro, which was announced in August, is now available for purchase/download. END_OF_DOCUMENT_TOKEN_TO_BE_REPLACED

HDRsoft has released Photomatix Pro version 4.0, which adds a number of new features and improvements, such as selective deghosting, improved noise reduction and thumbnail presets panel.

Photomatix Pro 4.0 is a free upgrade for version 3 users, and still carries the $99 retail price for other users. I am always inspired (and humbled) as a photographer as I cull through the Photography Bay Flickr Group each week. As I was checking out some of the additions to the group this week, something stood out a little more than usual.

That something was Flickr user andyathlon‘s additions to the Photography Bay Group Pool, which included the HDR time lapse videos below. END_OF_DOCUMENT_TOKEN_TO_BE_REPLACED