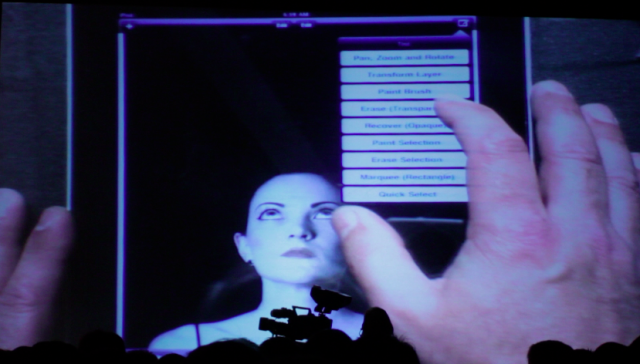 Here’s the promised live demo of the killer new iPad Photoshop app that debuted today at Photoshop World. Again, this is still in development with no set release date yet.

Check it out, complete with the awesome layers animation, below. END_OF_DOCUMENT_TOKEN_TO_BE_REPLACED 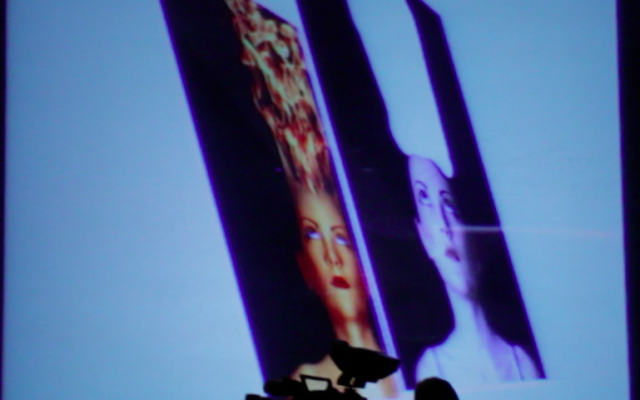 One of the coolest things at the Photoshop World 2011 Keynote this morning was the unveiling of the Photoshop for iPad tech that Adobe is working on.  While the recent upgrades for Photoshop Express on iOS adds some horsepower to the app, the stuff that Adobe has in the pipeline for tablet devices looks pretty sick. END_OF_DOCUMENT_TOKEN_TO_BE_REPLACED 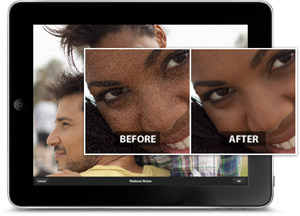 Adobe has updated Photoshop Express for Apple iOS to version 2.0.  The update includes the ability to purchase an in-app camera pack that leverages powerful noise reduction based on the outstanding tech in Lightroom 3 and CS5.  Additionally, the $3.99 camera pack offers a self-timer shutter trigger and an auto-review option.

You can find Photoshop Express 2.0 in the Apple App Store – and it’s still free.  If you want the extra horsepower of the above features though, you’ll have to spring for the $3.99 Adobe Camera Pack as a purchase within the Photoshop Express App. 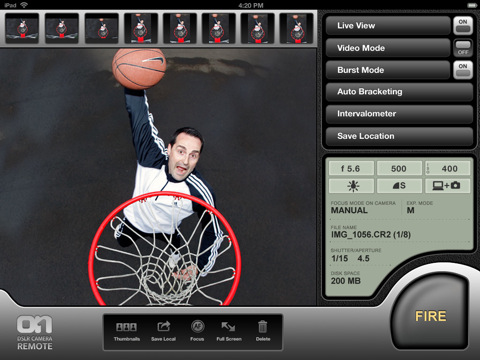 onOne Software has launched an iPad version of its DSLR Camera Remote App, which allows you to use the iPad to trigger your Canon or Nikon DSLR’s shutter, review images, adjust settings and more.

DSLR Camera Remote HD runs $49.99 and is available in the App Store.  More details on the iTunes website.

Bob Davis’ Lights, Camera, Capture book is now available on iPad with a much more interactive version than you get with your typical ink and paper.

Check out iTunes for a closer look at the iPad version of the book.

You can also order a physical copy of the book from Amazon here.  You can check out the Lights, Camera, Capture book review here as well.

Corel Paint it! Show is a new photo-painting slideshow app for the iPad that lets you “Select an album from your Facebook account or images from your iPad, start the slideshow and let Corel Paint it! Show do the rest. You can also save your favorite painted images on your iPad, post them to your Facebook account, or email them to friends and family.”

The new app is available from the iTunes store for $0.99.  More details in the press release below. END_OF_DOCUMENT_TOKEN_TO_BE_REPLACED

Tiffen has announced a new iPad app, Photo fx Ultra, which offers 68 filters and over 800 presets for adding effects to your photos.

The app costs $5.99, and is available in the App Store.  More details in the press release below.

END_OF_DOCUMENT_TOKEN_TO_BE_REPLACED

Over on his blog today, John Nack, Principal Product Manager, Adobe Photoshop,  briefly spoke about the huge demand for a Lightroom App for the Apple iPad and how hard that it is to make it work right.  Adobe’s Terry White had previously given us a wink and a nod that we might see Lightroom soon on the iPad, and Nack’s brief commentary suggests Adobe is hard at work to make it happen. However, citing Camera Bits’ troubles, it looks Abode is running into similar road blocks that other app developers have faced when it comes to making a truly worthwhile app for photographers.

Head on over to John Nack’s blog to see his thoughts, and speculate as you see fit.

One of the features that may attract some photographers is a built-in app called Photos.  Bear in mind though that the iPad does not offer a built-in camera, oddly enough.  However, the app for organizing, importing and sharing photos is worth a look on its own merit. END_OF_DOCUMENT_TOKEN_TO_BE_REPLACED