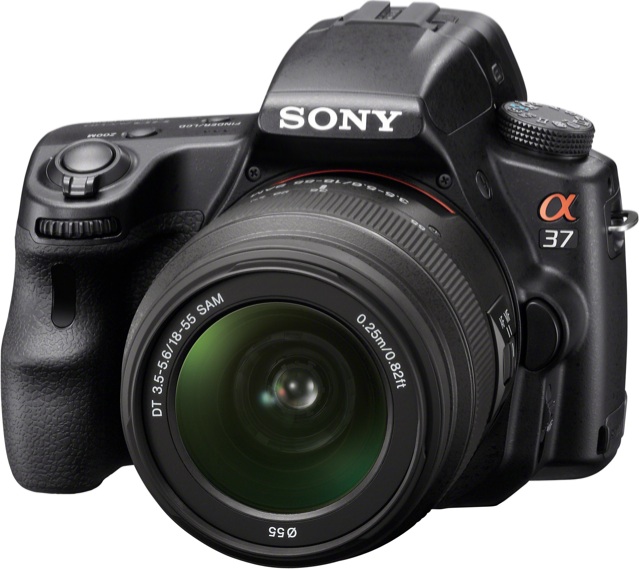 The Sony A37 was announced today alongside the NEX-F3.  Both cameras are entry-level shooters feature 16MP APS-C CMOS sensors and capture full HD video.

The A37 features Sony’s trademark Translucent Mirror Technology to enable phase detection autofocus while maintaining live view on the A37’s 3-inch tilt/swivel LCD screen.  This fast live view autofocus is available in both photo and video modes – something no other DSLR manufacturer has achieved yet.

The A37 also features sensor-based image stabilization, up to 7 frames per second with 8.4MP stills and a sensitivity range of ISO 100-16,000.  The camera also sports a 1440k dot resolution EVF with 100% coverage.

Alongside the Sony A37, the new 18-135mm zoom lens was introduced.  It should be available in July for $500.  It will also be sold as a kit with the current Sony Alpha SLT cameras beginning in August 2012.  Check availability at B&H Photo.

More details and images below. END_OF_DOCUMENT_TOKEN_TO_BE_REPLACED 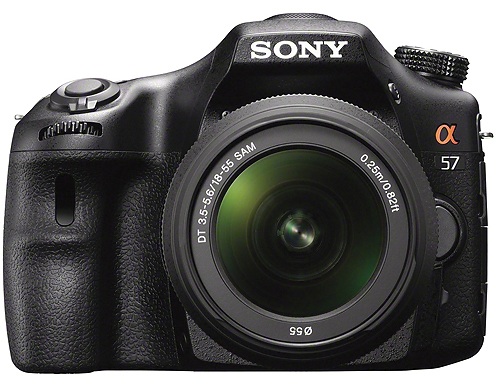 The Sony A57 is the latest Alpha model utilizing Translucent Mirror Technology – and it steps up the game from its predecessor, the Sony A55.

Priced at $700 for the body, the A57 piles it on in terms of features, offering a 16.1MP resolution CMOS sensor (APS-C format) and the AVCHD 2.0 progressive codec, which allows the A57 to capture 1080p video at a full 60p frame rate – a feature both Canon and Nikon HDSLR shooters have been screaming for on the high-end models (let alone entry-level cameras in the A57 price range).

Sony continues its tradition of fast live-view AF thanks to the Translucent Mirror Technology, which allows users to view the image on the rear LCD or in the electronic viewfinder – all the while maintaining the rapid and accurate AF acquisition that DSLR shooters are accustomed to.

Alongside the A57, Sony announced the HVL-LE1 continuous light for $250, which comes complete with an Alpha shoe mount and barn doors.

More details in the press release below. END_OF_DOCUMENT_TOKEN_TO_BE_REPLACED 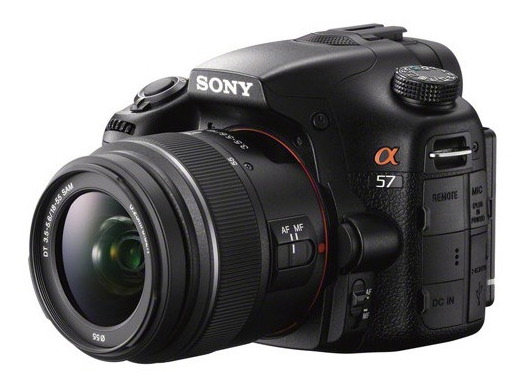 Leaks are well underway now with the above unofficially official product shot for the new Sony A57.  Rumored specs are also out with what’s believed to be a 16MP CMOS sensor and up to 1080p video with the AVCHD 2.0 codec for 60p capture. END_OF_DOCUMENT_TOKEN_TO_BE_REPLACED 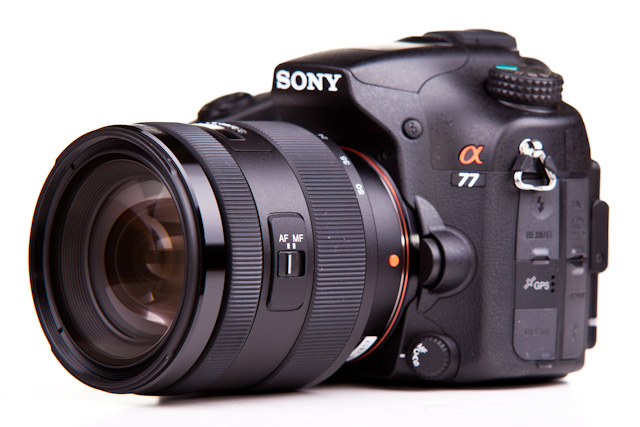 I’m just now getting my hands on the Sony A77.  While I’ve got lots planned for my final review, I captured a few images with the A77 last night and wanted to pass along a sampling of the ISO range for it.

Check them out below. END_OF_DOCUMENT_TOKEN_TO_BE_REPLACED 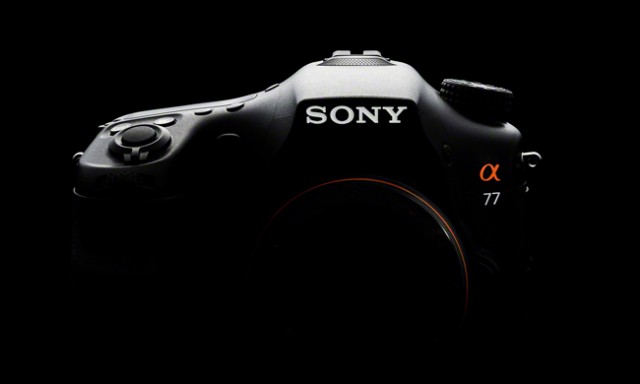 After reading all the Internet speculation and rumination on what’s coming next from Sony (before the Sony A77 even hits store shelves), Paul Genge of Sony UK made the following post on Facebook: END_OF_DOCUMENT_TOKEN_TO_BE_REPLACED 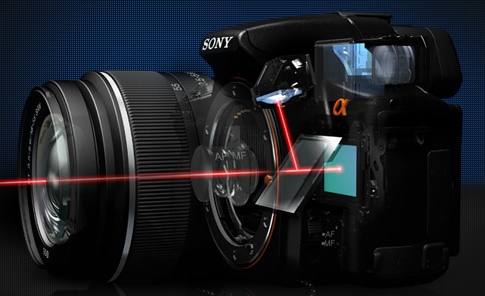 Nikon has relied on Sony for its past full frame sensors, and so, it seems logical that Sony would make use of such a sensor in its own Alpha-series DSLRs as well (as in the Nikon D3X and Sony A900 models).  And that me be what’s to come with a new full frame Sony camera sporting the same 36MP Sony sensor to be found in the Nikon D800. END_OF_DOCUMENT_TOKEN_TO_BE_REPLACED 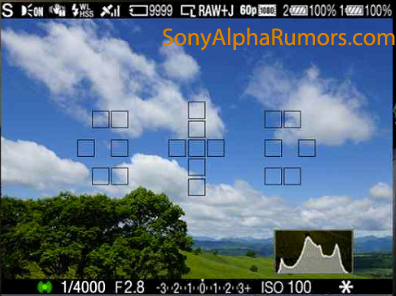 The above image looks to be a shot of the new Sony A77 EVF.  END_OF_DOCUMENT_TOKEN_TO_BE_REPLACED 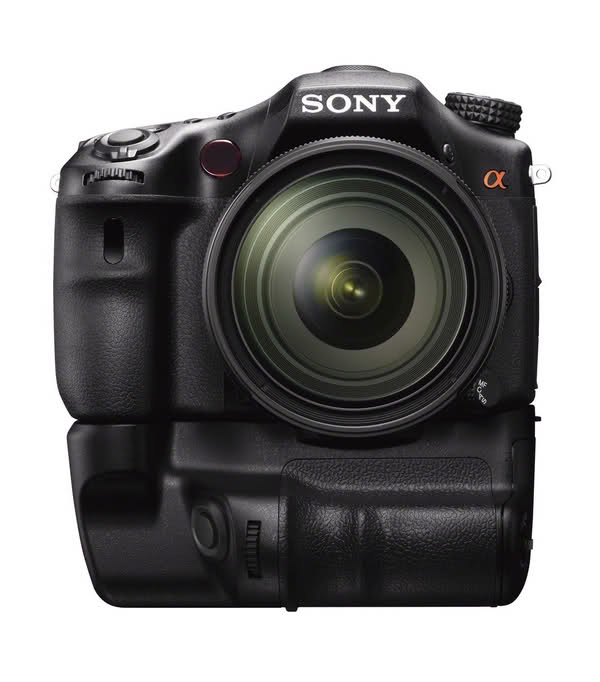 We’ve been waiting so long for a true follow-up to the Sony A700, so Sony Alpha shooters are undoubtedly awaiting this camera’s arrival.  Another image of the backside of this configuration is below. END_OF_DOCUMENT_TOKEN_TO_BE_REPLACED